Last week, we took a behind-the-scenes look at the research that goes into creating the script for an episode of iBIBLE. Our team is currently researching the book of Exodus, and we invited you to look with us at the Biblical evidence behind the dating of this epic Bible story. Click here to read about the Biblical evidence behind the dating of the Exodus. 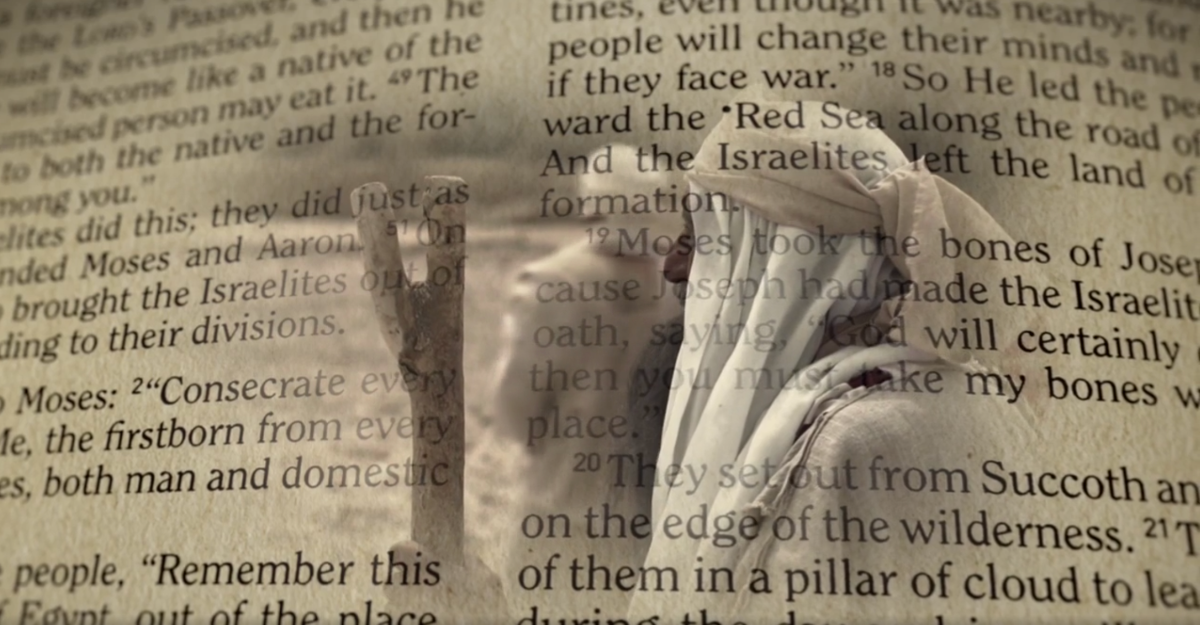 In determining the timeframe of the Exodus, archaeology gives us some important clues to consider. We begin with Exodus 1:11 where the city of Rameses is mentioned.

So they put slave masters over them to oppress them with forced labor, and they built Pithom and Rameses as store cities for Pharaoh. —Exodus 1:11 [NIV]

No archeological evidence has been found indicating that the Israelites lived in the city built by Rameses II. Yet, a new archaeological discovery has uncovered a city and a people that match the Biblical story of Exodus in the same location as the city the Bible mentions in Exodus 1:11. Beneath the city of Rameses, an older city has been uncovered by the name of Avaris. This city contains the remains of a shepherding people that initially prospered and lived in the city for several hundred years. They became enslaved, and then quickly left with their belongings, abandoning the city. This sounds very much like the Israelites. 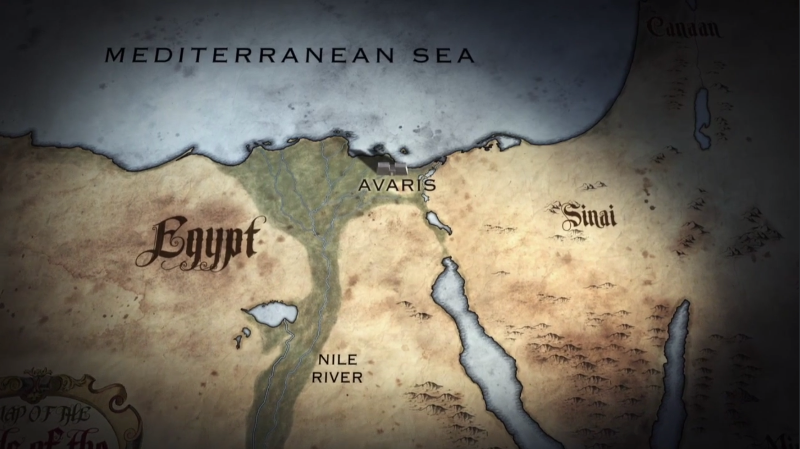 What about the mention of Rameses in the Biblical text? A careful reading shows that the name of the pharaoh during the oppression or the Exodus is not mentioned (thus, all the debate about timing). "Rameses" is mentioned not as a pharaoh, but as a location. It is helpful to note that Genesis 47:11 says Pharaoh moved Jacob and his sons to the "land" of Rameses and it equates that term with the land of Goshen. Since this was centuries before the Exodus, it’s clear that both instances cannot be referring to a particular pharaoh. It is more likely that the name is used as a location rather than a person.

Evidence of Joseph in Avaris

We know from the book of Genesis that Joseph came to the land of Egypt and gained great favor with the Pharoah. This was the first step toward the Israelites settling in the land of Egypt. Archaeologists have uncovered an estate that is quite remarkable and valuable to our research for iBIBLE.

The home is very unique among all others in the area. The style of the estate is typical of what you would expect Jacob (Joseph’s father) to have built. Eventually, the house was flattened, and an Egyptian palace was constructed in its place. The new building belonged to someone very important to the state, although the family that lived in the home was not Egyptian. 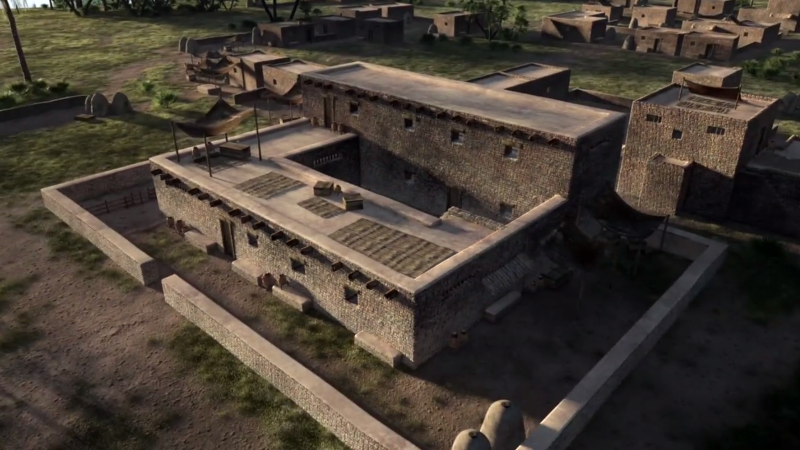 Twelve main graves were found in the garden of the palace (remember that Joseph was one of Jacob’s twelve sons), and one of the graves was a pyramid tomb. Usually, these tombs were reserved only for Egyptian pharaohs and queens. This man was not a king, but he was honored with a king’s grave. Within the pyramid is a statue of a man with a staff of office and a multi-colored coat. 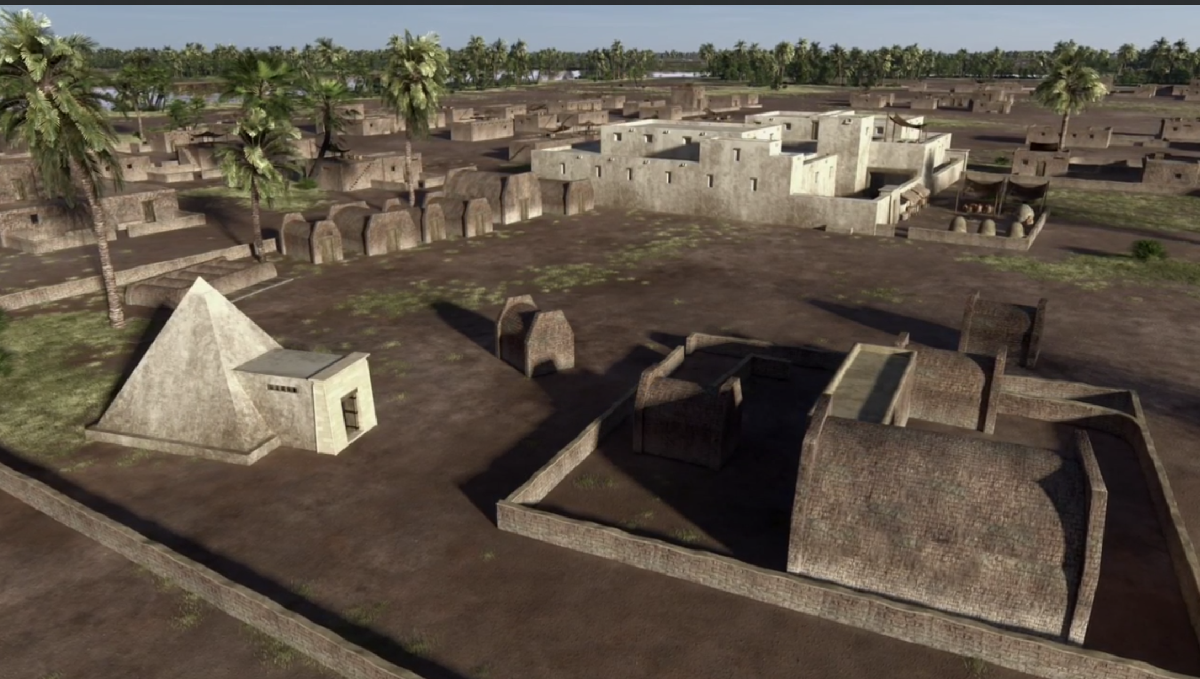 As we researched the Exodus, this was exciting for multiple reasons. Nothing like this has been found in Egyptian history. The story fits the Biblical story of Joseph, along with the timeframe that would put the Israelites in the city of Avaris (beneath the Biblically mentioned Rameses) at the time of a 1446 Exodus. Not only does this support our timeline for the Exodus, but it also gives us a great deal of information about what the home of Joseph would have looked like, which gives the iBIBLE team of artists a footprint for the home of Joseph in Egypt.

With the archaeological discoveries of 1446, we are able to build for iBIBLE users a home for Joseph that matches the footprint of his home in Egypt. We are also able to determine the climate of that part of the world at the time of the story and build an environment that more accurately represents where the story of Exodus takes place. Our goal is to bring the story of the Bible to life through research of Biblical and historical evidence.

Thank you for your prayers and for your financial support. Together, we will bring a comprehensive narrative of the Divine Scriptures to the ends of the earth for FREE. Your support allows us to continue the important mission to animate and present God’s Word in a format that all people can engage with. Join us today as we continue this God-sized task.

*Images used with permission from Filmmaker Timothy Mahoney from his film Patterns of Evidence: Exodus.