Wells in the Wilderness

Today, we are excited to share with you some brand new images from iBIBLE Chapter 14: Jacob and Esau. The narrative about Jacob and Esau is relatively well-known, with the twins being born and Jacob stealing Esau’s birthright. However, Isaac’s struggle in the wilderness later to find water and his conflicts with people in the area is a piece of the narrative that is not often included in the telling of this story.

Join us today as we walk through the story of Genesis 26 and see Isaac prosper by the Lord’s hand while struggling to acquire wells to supply water to his growing tribe and be some of the first to see these new iBIBLE images! 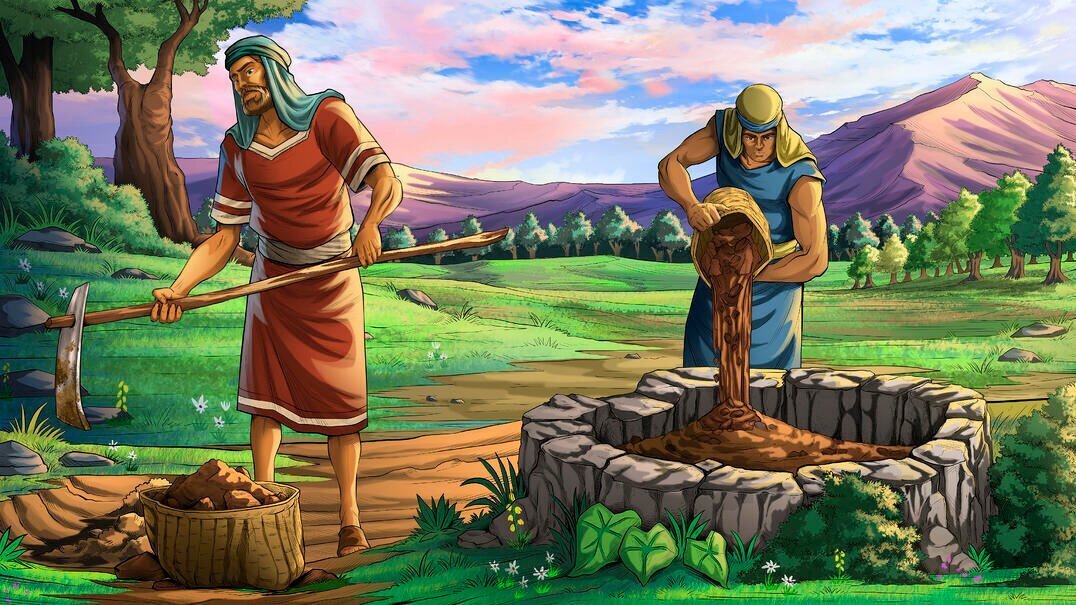 Isaac prospered in the land where he had settled (Gerar). Not only was he very wealthy, but he reaped a hundredfold of what he planted, and his flocks and herds multiplied as well. And Abimelech sent him away, saying "Go away from us, for you are much mightier than we" (Genesis 26:6–15).

The Philistines had filled up the wells that Abraham's servants had dug, so when Isaac departed and settled in the Valley of Gerar, Isaac and his servants had to dig the wells again (Genesis 26:17–18). 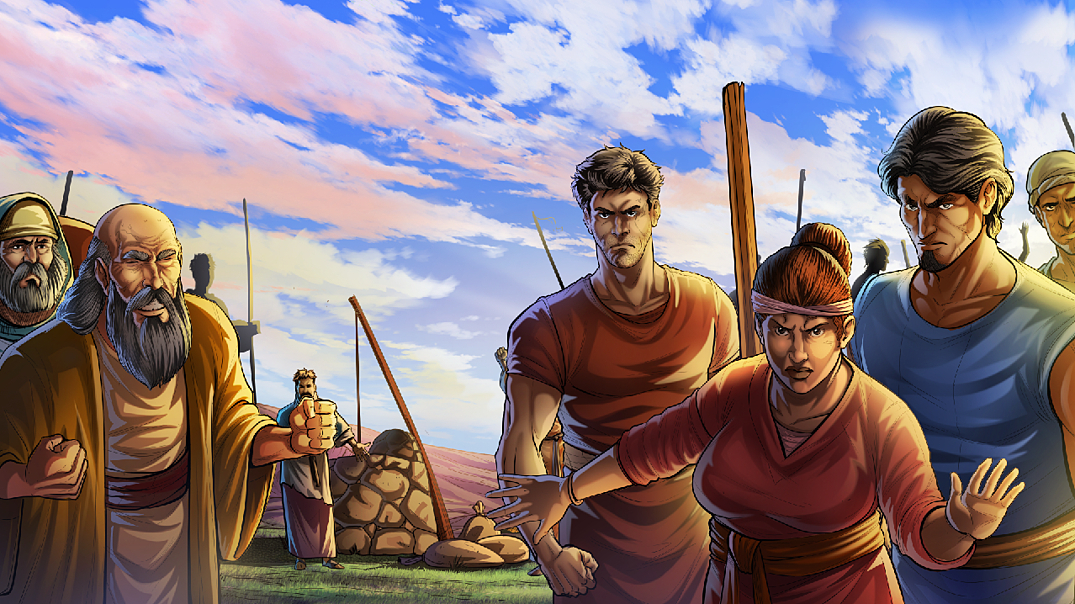 Isaac's servants dug in the valley and found a well there. The herdsmen of Gerar confronted them, saying, "The water is ours!" (Genesis 26:19–20). 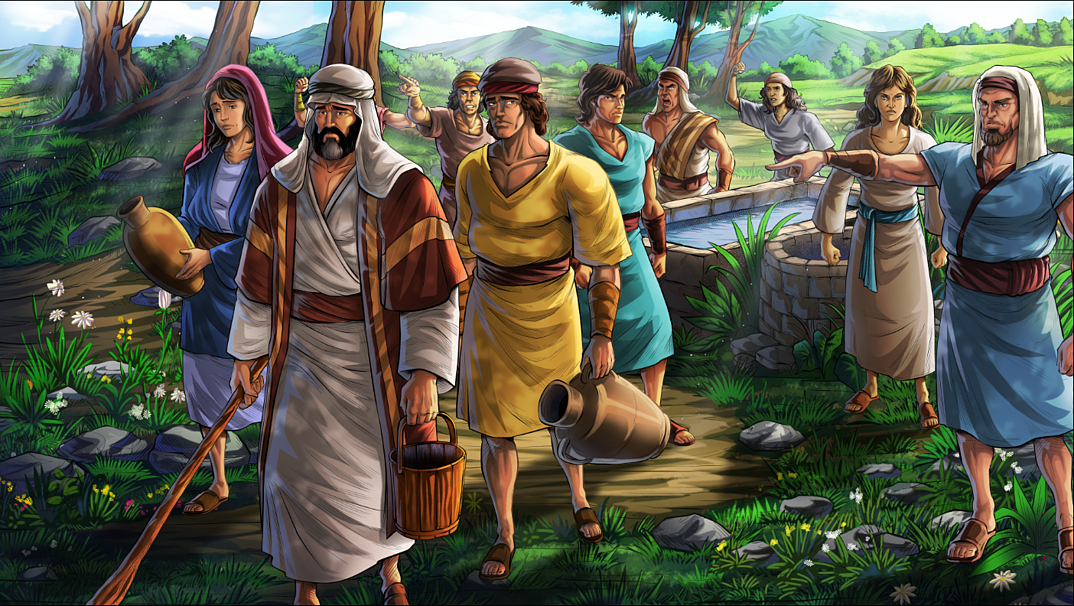 And when they dug another well, they quarreled over that one also, so Isaac and his servants moved and dug yet another well. They did not quarrel over that one, so Isaac said, "For now the Lord has made room for us, and we shall be fruitful in the land” (Genesis 26:21–22). 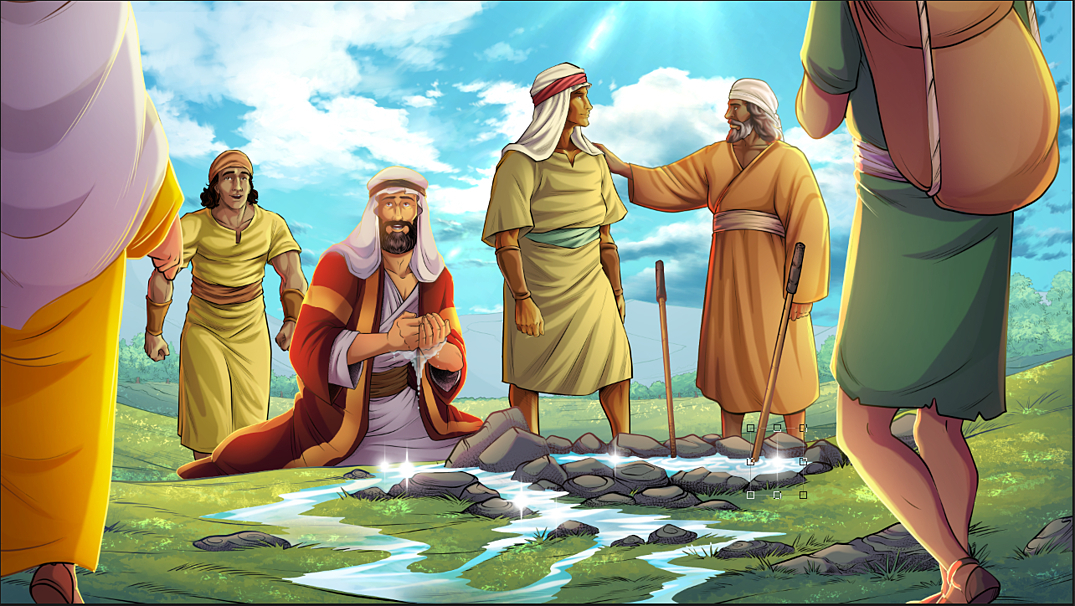 Then Isaac went up to Beersheba, and the Lord appeared to him saying, “I am the God of Abraham your father. Fear not, for I am with you and will bless you and multiply your offspring for my servant Abraham’s sake.” Then Isaac built an altar there, and Isaac's servants dug a well (Genesis 26:23–25).

As you can see, there are many wells in this story! This was a challenging time for Isaac and his family, but the Lord remained faithful and provided what they needed to survive.

Thank you for joining us today for this behind-the-scenes look at iBIBLE. iBIBLE is funded by individuals and families like you who are committed to bringing God’s Word to the whole world in a visual and interactive format. With your help, all kinds of people can engage with the one true story of Scripture. Thank you for joining us on the exciting journey of creating the world’s first complete presentation of the Divine narrative. Prayerfully consider becoming an iBIBLE Producer today.