iBIBLE scripts are created using only the Bible as its source, so it is incredibly important that we use only the best materials possible. The process for selecting the best wording begins by gathering several versions of Scripture for comparison. One key tool that we use regularly is the Septuagint. Today, let’s take a look at the Septuagint and why it is such a powerful resource for us as we create iBIBLE scripts, especially as we look forward to the creation of the iBIBLE New Testament.

What is the Septuagint?

The Septuagint is a translation of the Hebrew Bible from Hebrew into Greek. It was translated by approximately 70 scholars in Alexandria in 282 BC. “70” is where the Septuagint gets its name since “Septuagint” is Latin for 70. 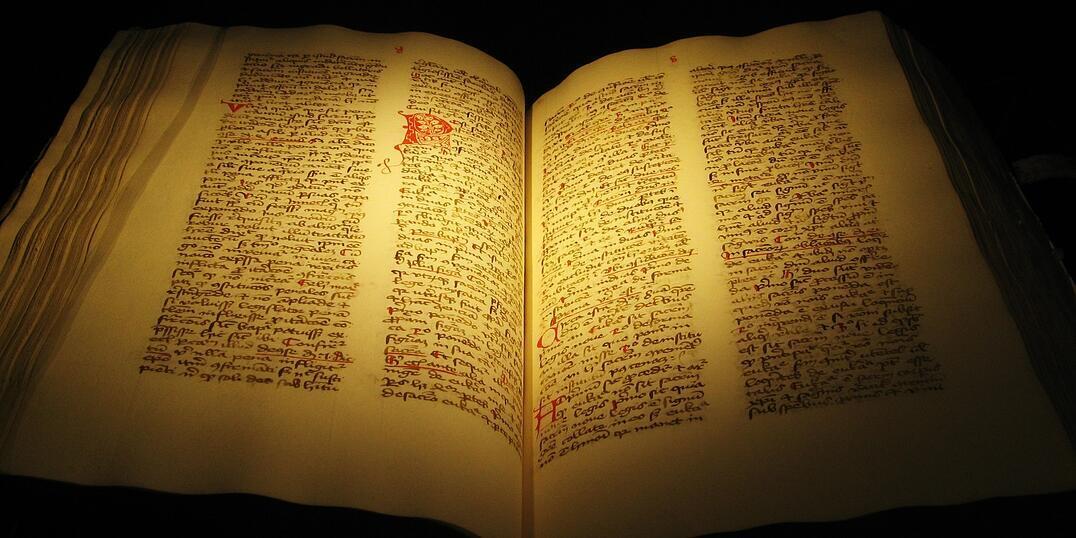 (The Septuagint. Image from www.preachersinstitute.com.)

Why is the Septuagint important?

There are two main reasons why we believe the Septuagint is important for iBIBLE script creation:

1: The Septuagint was the popular Bible translation at the time of Jesus. Every person could read it, as the “lingua franca” of the day was Greek (meaning “the common language of the people.”) The people in Judea, Samaria, Galilee, and the Decapolis spoke Aramaic (Syriac), but the language of business and worship was Greek.

2: In many passages of the New Testament where Jesus quotes the Old Testament, He quotes the Septuagint specifically.

How did the Septuagint become the popular Old Testament translation at the time of Jesus?

After the fall of Jerusalem and the departure into captivity of the people of Israel, most Jews settled in the Babylonian empire. As the people lived in captivity for 70 years, Hebrew fell into disuse and many of the Jews adapted to the language of their captors: Aramaic. When Alexander the Great conquered the known world, Greek became the prominent language of the people. This meant that fewer people had access to understanding the Torah and the prophets. People were starving for the Word of God.

When the Septuagint was translated, it spread all throughout the empire. And, since many Jews had settled throughout the Greek empire, the spread of the Septuagint caused synagogues to spring up in many places, preparing the way for when Paul would arrive on the scene to discuss Scripture with them and to show them the good news of salvation! 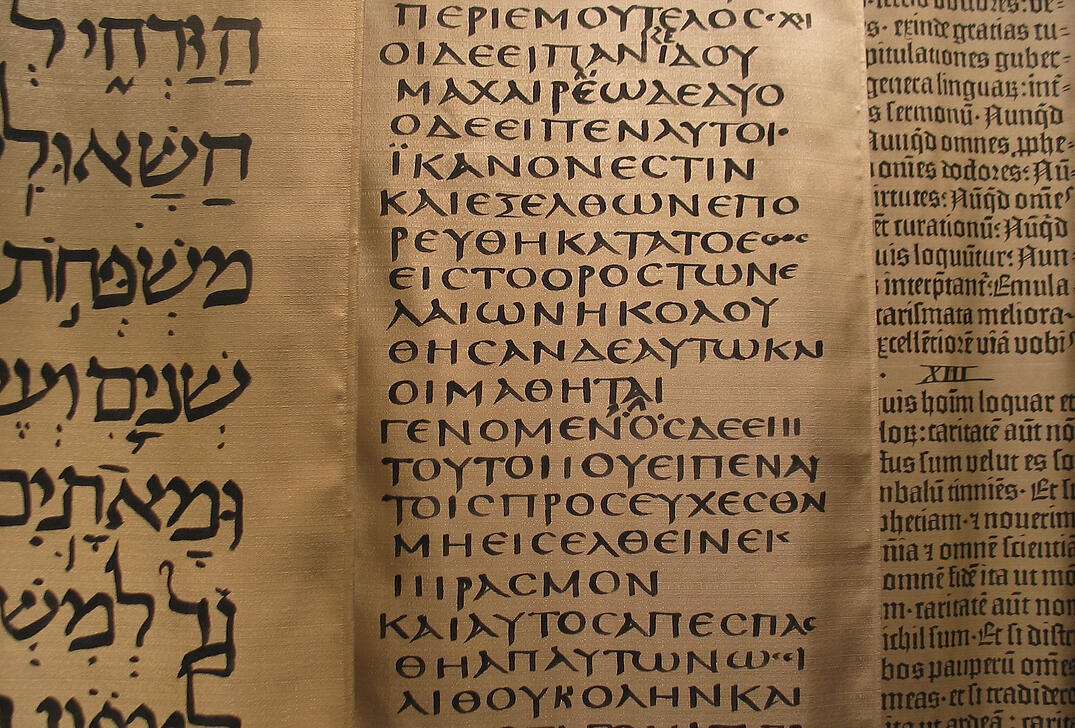 (Koine Greek, the language of the Septuagint. Image from www.dustoffthebible.com.)

Sidenote: The Masoretic Text, mentioned below, is the Hebrew and Aramaic text of the first 24 books of the Bible. There are slight differences between this text and the Septuagint. The oldest known complete manuscript of the Hebrew Bible is the Leningrad Codex, dated from the early 11th century, which is used as the basis for many modern English translations like the ESV and others.

What are some examples of Jesus citing the Septuagint?

When Jesus is confronted by Satan in the wilderness, He rebukes Satan's temptation by saying:

Man shall not live by bread alone, but by every word that proceedeth out of the mouth of God. —Matthew 4:4, KJV

[M]an shall not live by bread alone, but by every word that proceeds out of the mouth of God shall man live. —Deuteronomy 8:3b, Brenton’s Septuagint translation

[M]an does not live by bread alone, but man lives by every word that comes from the mouth of the LORD. —Deuteronomy 8:3, ESV (Masoretic Text translated from Hebrew) 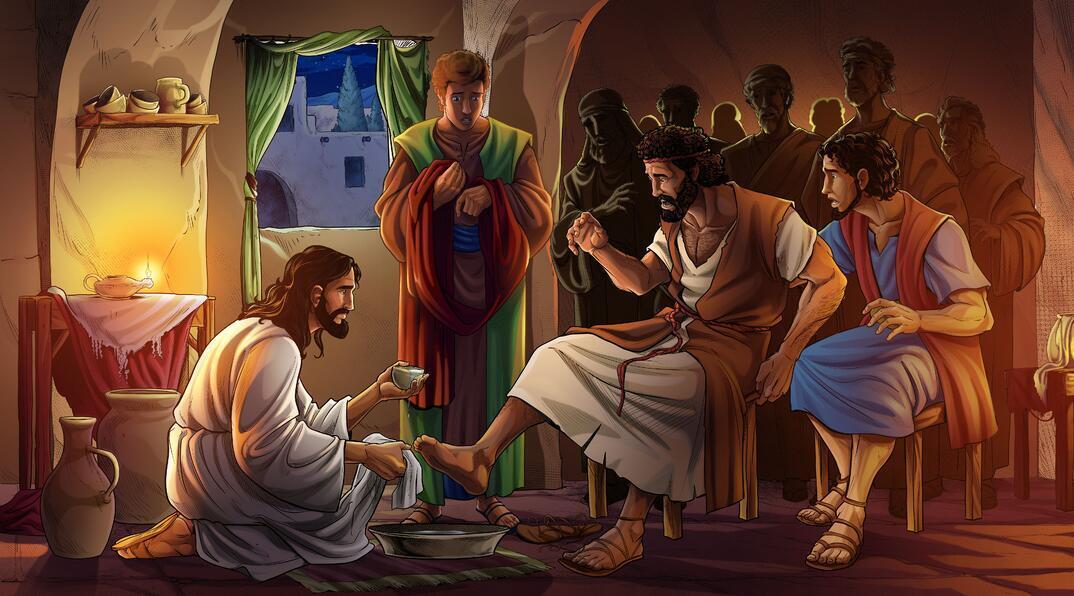 Matthew 9:13
After Jesus calls Matthew to follow Him, the Pharisees questioned Jesus, saying "Why do you eat with tax collectors and sinners?" Jesus responds by quoting the Old Testament:

But go ye and learn what that meaneth, I will have mercy, and not sacrifice: for I am not come to call the righteous, but sinners to repentance. —Matthew 9:13, KJV

For I will have mercy rather than sacrifice, and the knowledge of God rather than whole-burnt-offerings. —Hosea 6:7, Brenton’s Septuagint translation

For I desire steadfast love and not sacrifice, the knowledge of God rather than burnt offerings. —Hosea 6:6, ESV (Masoretic Text translated from Hebrew)

As the iBIBLE team looks forward to scripting the New Testament, the Septuagint will be a key resource since Jesus Himself knew it well! Thank you for supporting iBIBLE with your prayers and financial gifts. Please consider becoming an iBIBLE Producer today and help bring the Divine narrative to the ends of the earth for FREE.