Welcome to a behind-the-scenes look at the research and artwork that goes into making each scene of iBIBLE. Today we look at the story of Cain and his brother Abel. 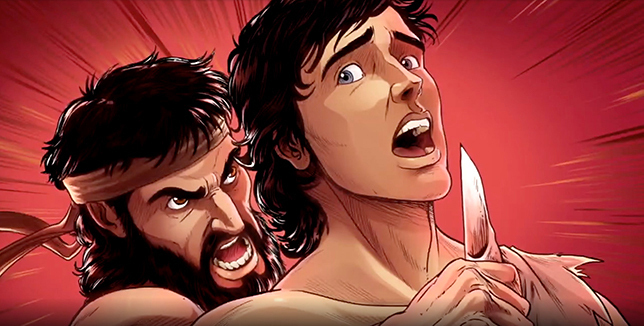 And when they were in the field, Cain rose up against his brother Abel and killed him. -Genesis 4:8b [ESV]

When we read the story of Cain and Abel, we can’t help but feel devastated at the reality of sin—that mankind had fallen so far in just one generation that a murder would occur.

The task of the iBIBLE team is to bring this story to life with Biblical accuracy. In this case, not a lot of information about the specifics of the first murder are given. We do know that Cain attacked his brother and killed him, but the question for our team was: how do we depict this in iBIBLE? This is a difficult subject to delve into, but in order to accurately portray the stories in iBIBLE, we have to consider all of the factors that would be shown in the animation carefully.

The Scene of the Crime:

The first thing we look for in any given text are specific descriptions. Where there are no concrete details, we have to do some investigative work. In this text, there are no explicit details about the murder in the initial verse (other than that it happened), but we get a clue a little further on when God speaks to Cain:

This makes it clear that Abel’s blood was shed. This is relevant for iBIBLE because it indicates that some sort of weapon was used to complete the murder. 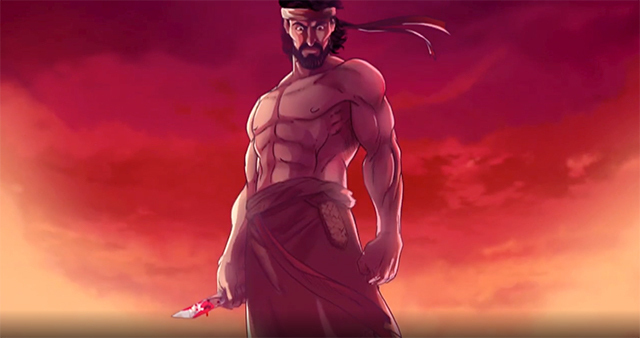 Searching for the Weapon:

What could Cain have used as a weapon? What do we know?

We know that he was a “worker of the ground,” so he must have had some gardening tools. He likely had some kind of hoe to till the soil, and a sharp instrument for pruning and harvesting—some sort of knife. Of course, Cain could have simply used a rock, or a piece of wood; in fact, many illustrations and paintings of Cain and Abel depict one of those items as the murder weapon. For the weapon, we decided to go with a knife because the Scriptural text indicates the shedding of blood.

It is interesting to note that some traditions teach that Cain buried Abel. Although this is certainly possible, we do not show in iBIBLE whether Cain buried Abel or left him on the ground because there is insufficient evidence to support either claim.

What Kind of Knife?

Once we determined that a knife was the possible murder weapon, we had to decide what type of knife could have been used. Once again, what do we know? In Genesis 4:22 Cain’s descendant Tubal-cain became a “forger of bronze and iron.” So, if Tubal-cain was the first to make and use metal tools, chances are that Cain had a tool made from a different kind of material.

Remaining options that could have been used at the time include bone or flint. Here are some of the options we considered: 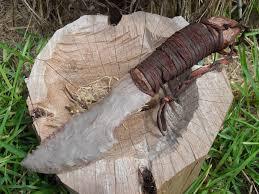 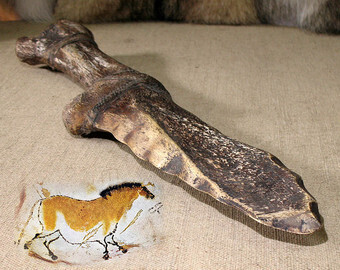 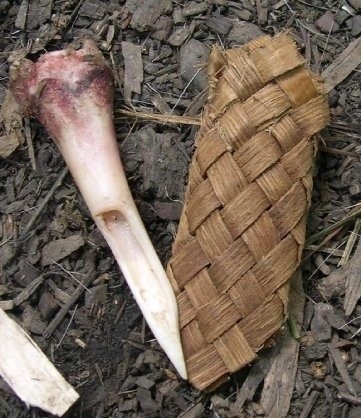 Ultimately, we chose to use the more powerful visual of a knife carved from bone. Here are scenes from Chapter 2 of iBIBLE showing Cain with the first murder weapon. 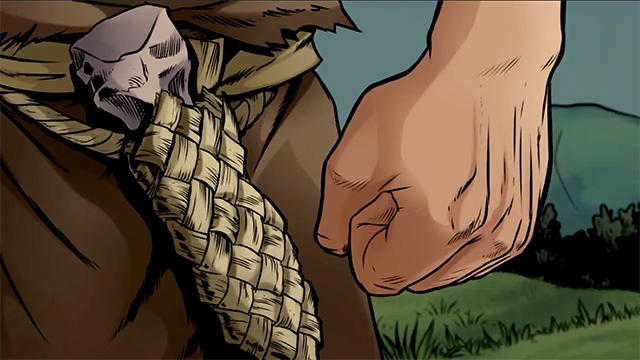 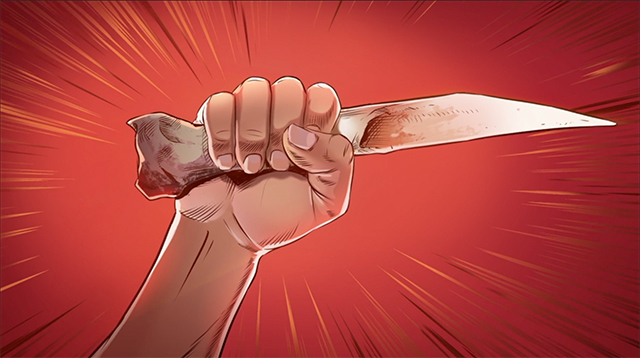 As we continue to work on iBIBLE, we seek the Holy Spirit’s guidance to help us bring all the truths in the Scriptures to their proper portrayal. Each and every decision for visuals and content are carefully considered, researched, and prayerfully executed. Thank you for helping RevelationMedia bring iBIBLE to the world! This is a God-sized project, and it is only possible with the support of individuals and families like you.

Thank you for your support of iBIBLE, the world's first visual and interactive presentation of God's divine narrative, and for helping us bring the amazing story of Cain and Abel to life!