Welcome to a behind-the-scenes look at the research that goes into making each scene of iBIBLE. Let's take a look at the creation of the tar pits. 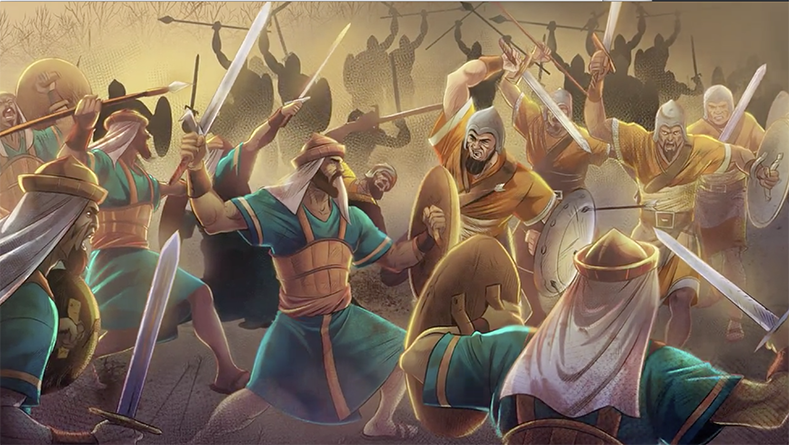 The nine kingdoms were at war, four kings against five, as the two separate alliances met in a great battle in the valley of Siddim. The armies of nine kingdoms, facing off and at the ready. The battle rages, the lines push back and forth. Shouts, clamor, and dust fill the air.

As the story comes to life in iBIBLE chapter 9, we see a compelling scene playout: a battle between many different armies in a rich valley surrounded by hills ... with tar/bitumen pits. 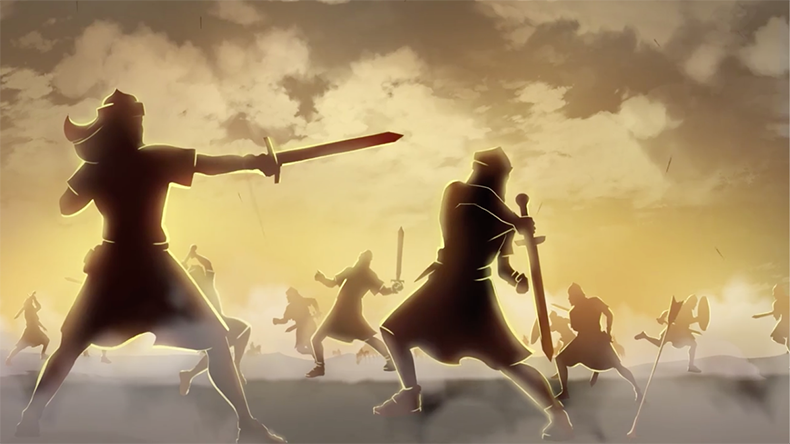 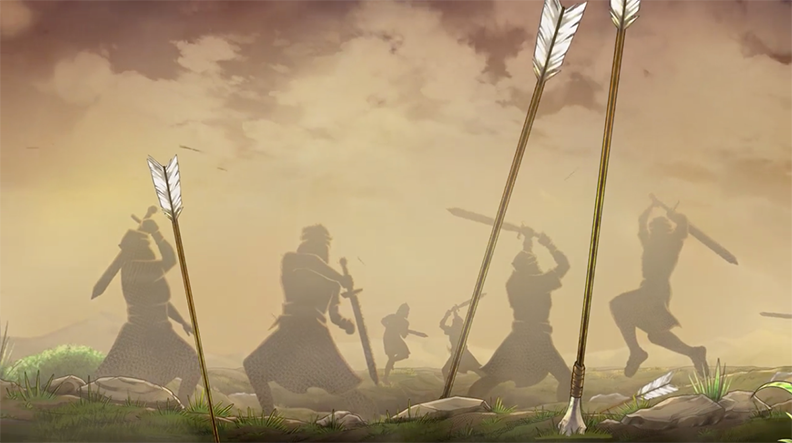 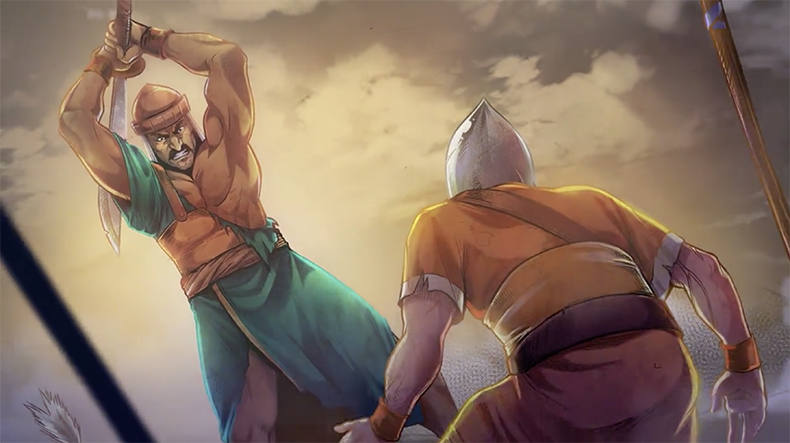 The Scene of the Battle

The land was fertile and lush with enough grazing space for a wealthy livestock owner to bring his flocks to graze without upsetting five already established cities:

And Lot lifted up his eyes and saw that the Jordan Valley was well watered everywhere like the garden of the Lord, like the land of Egypt, in the direction of Zoar. (This was before the Lord destroyed Sodom and Gomorrah.) So Lot chose for himself all the Jordan Valley, and Lot journeyed east. Lot settled among the cities of the valley and moved his tent as far as Sodom. (Genesis 13:10-13 excerpted)

It was a valley:
Then the [kings] went out, and they joined battle in the Valley of Siddim (Genesis 14:8)

It was full of tar (bitumen) pits:
Now the Valley of Siddim was full of bitumen pits. (Genesis 14:10)

As the battle rages, something changes. The soldiers realize they are losing and some panic. They know the last one to run is the first to die. So one man turns and runs, then another. The battle line crumbles. Everyone is running, some fleeing, some pursuing. Some run to the hills and are saved, but others run through the valley... and into the tar pits. 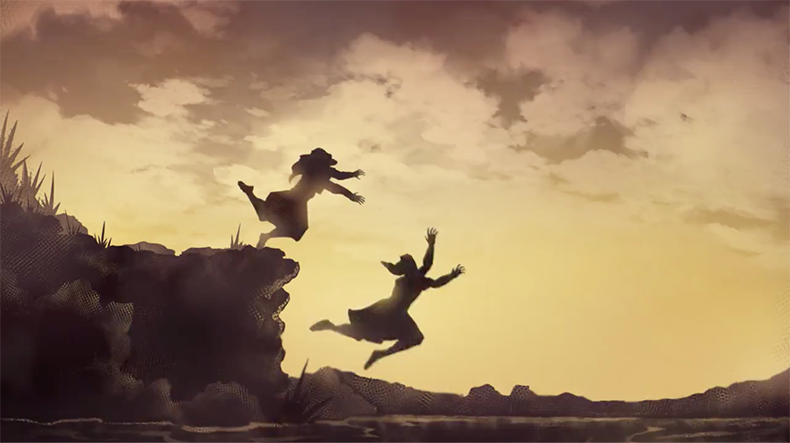 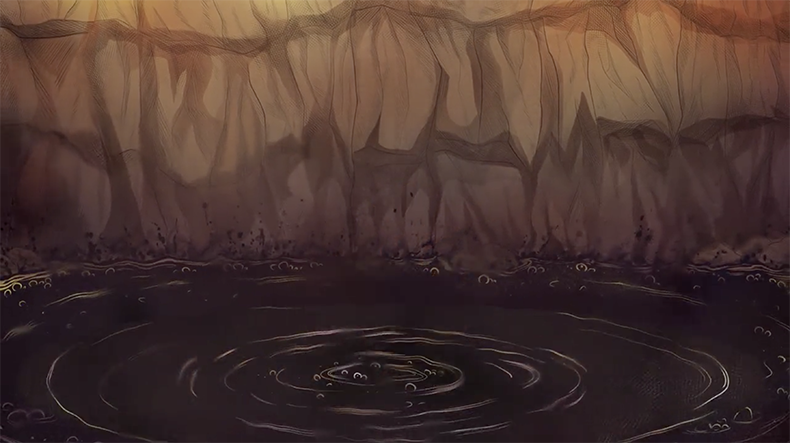 There are a number of tar pits that exist today in the US, Azerbaijan, Trinidad and Tobago, and Venezuela. These pits are a wealthy deposit of information about the past. The preserved bones of animals from past millennia are regularly uncovered in these pits including mammals, birds, reptiles, insects, and even a person!

Tar pits form a black, sticky liquid bitumen so thick that even very strong animals like mammoths who got trapped in it could not get free. Sometimes debris would stick to the surface, making these death traps even harder to see.

One could only imagine how incredible it would be if the valley of Sodom hadn't been destroyed, and we could explore the tar pits to find the remains of the fleeing soldiers. 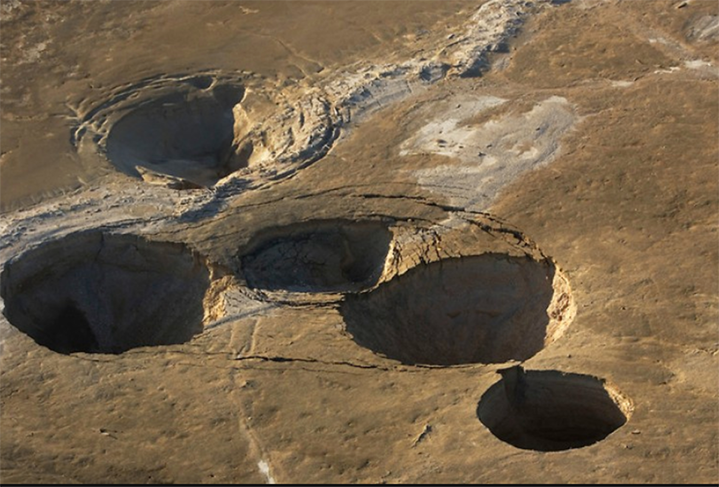 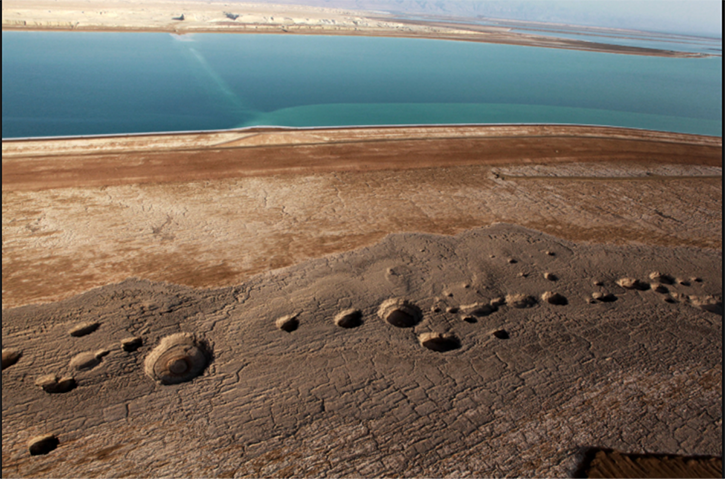 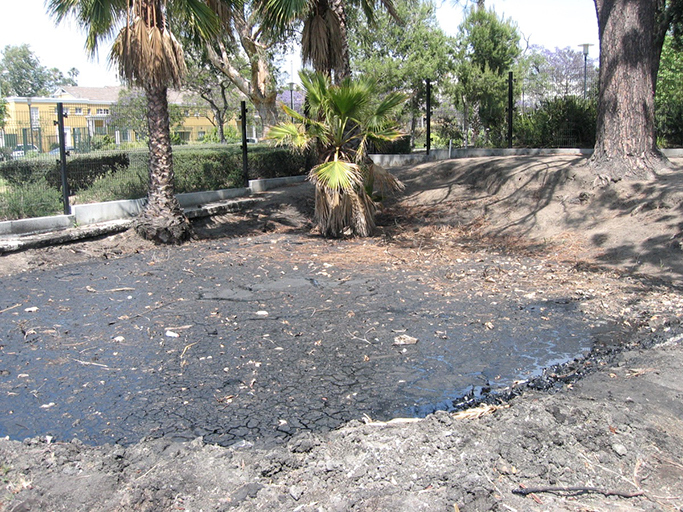 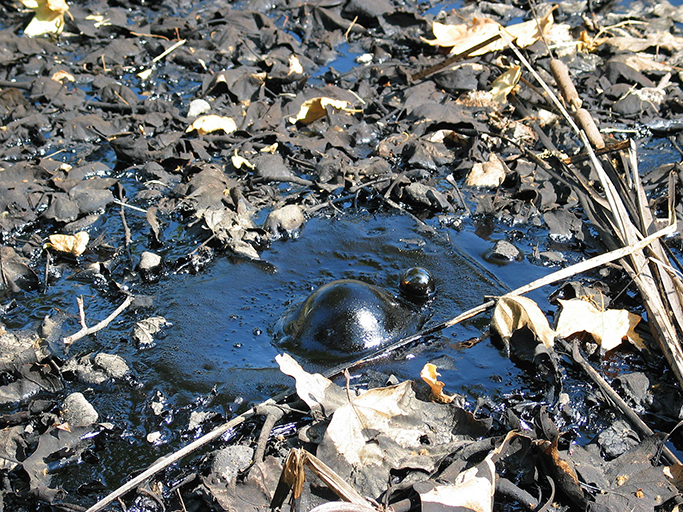 Thank you for helping RevelationMedia bring iBIBLE to the world. This is a God-sized project, and it is only possible with the support of individuals and families who have a heart to bring the ONE grand narrative of scripture to this generation... and to the ends of the earth.