Welcome to a behind-the-scenes look at the research and artwork that goes into making each scene of iBIBLE. Today, we look at Abram and Isaac's ruses involving their wives.

As we make our way through the entire Divine narrative, illustrating the iBIBLE, there are some unusual events that must be animated. For example, two times in Scripture, Abram said that his wife Sarai was his sister. And later, his son, Isaac, did the same with his own wife. Let’s look at why they conceived of such ruses, and what happened next.

The first time this happened was after Abram left Haran at 75 years old. Abram, his wife Sarai, and their tribe traveled around Canaan, pitched their tents, fed their flocks, and journeyed on. While traveling, they received a promise from God that He would give this land to Abram’s descendants. But then, trouble came:

Now there was a famine in the land. So Abram went down to Egypt to sojourn there, for the famine was severe in the land.—Gen. 12:10 [ESV]

As they approached the formidable empire of Egypt, Abram turned to his wife with an unusual request:

When he was about to enter Egypt, he said to Sarai his wife, “I know that you are a woman beautiful in appearance, and when the Egyptians see you, they will say, ‘This is his wife.’ Then they will kill me, but they will let you live. Say you are my sister, that it may go well with me because of you, and that my life may be spared for your sake. —Gen. 12:11–13 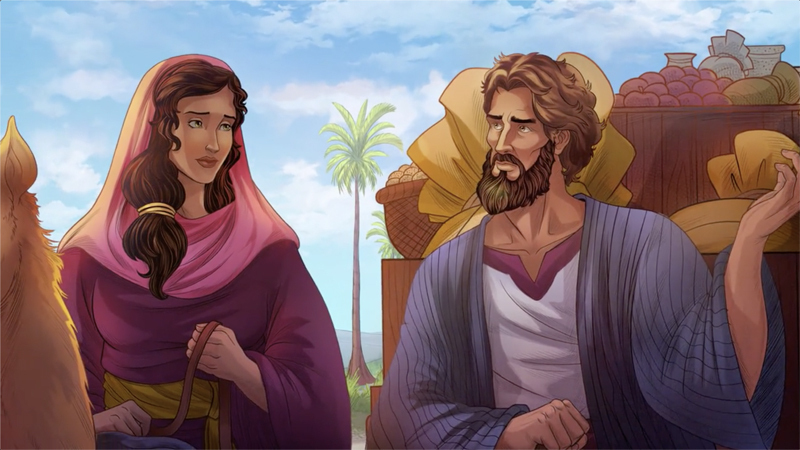 Abram asked Sarai to say she was his sister

Abram was worried that once the men in Egypt saw how beautiful Sarai was, they would simply kill him so they could marry Sarai. Motivated by fear, Abram asked her to say that she was his sister, rather than his wife.

So, what happened when they arrived in Egypt? Abram was proven (at least partially) right!

When Abram entered Egypt, the Egyptians saw that the woman was very beautiful. And when the princes of Pharaoh saw her, they praised her to Pharaoh. And the woman was taken into Pharaoh’s house. —Gen. 12:14–15 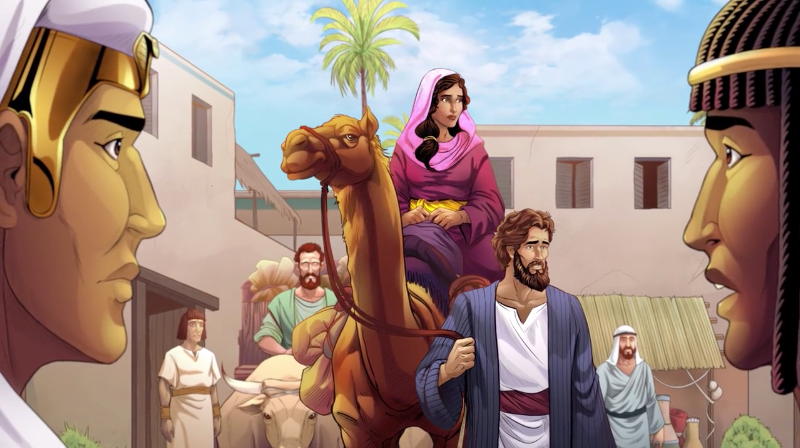 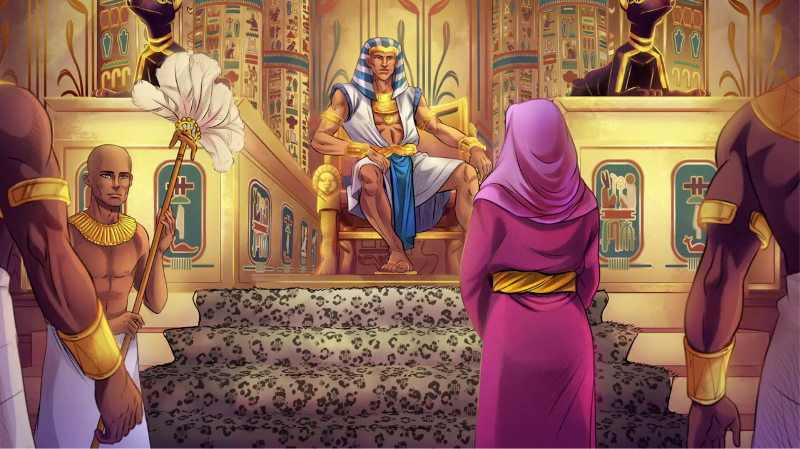 Sarai was brought into Pharaoh's house

Sarai was so beautiful that Pharoah’s princes mentioned her to Pharaoh. Then, she was taken into Pharaoh’s house. Abram was treated very well because of this, and was given gifts of sheep, donkeys, camels, and servants. But, all was not right in Egypt: Sarai was Abram’s wife, and God was not pleased.

But the Lord afflicted Pharaoh and his house with great plagues because of Sarai, Abram’s wife. —Gen. 12:17

Pharaoh and all of the people living in his house suffered great plagues! The Bible doesn’t tell us how Pharaoh figured out that taking Sarai into his house was the cause of the plagues, but he understood it soon enough, and called for Abram:

Pharaoh ordered his men to send Abram, Sarai, and all his tribe out of Egypt. This event should have taught Abram that he could have trusted God all along. What would have happened if God had not intervened? 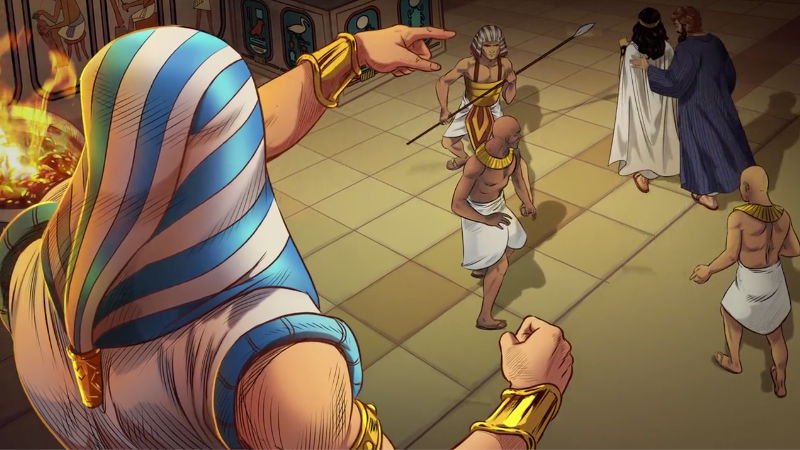 Pharaoh sent Abram and Sarai away

Years passed, and Abram's name was changed by God from Abram to Abraham, meaning "father of many" to remind him of the promise that God had made to him, saying, "You shall be the father of a multitude of nations." (Gen. 17:4) And, God reiterated His promise to make a nation from Sarai, and changed her name to Sarah. (Gen. 17:15) 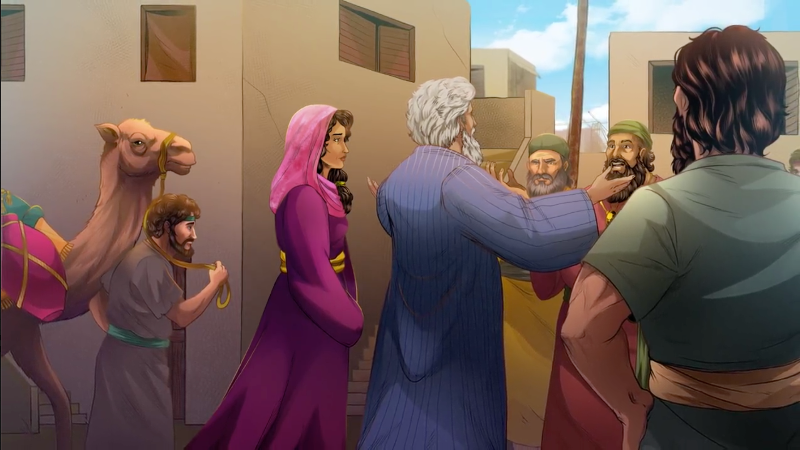 Abraham told the people of Gerar that Sarah was his sister

Despite God's continued provision and protection of Abraham, he repeated the same deception as before. This time, it took place when he entered the Philistine city of Gerar.

And Abraham said of Sarah his wife, “She is my sister.” And Abimelech king of Gerar sent and took Sarah. —Gen. 20:2

But God came to Abimelech in a dream by night and said to him, “Behold, you are a dead man because of the woman whom you have taken, for she is a man’s wife.” Now Abimelech had not approached her. So he said, “Lord, will you kill an innocent people? Did he not himself say to me, ‘She is my sister’? And she herself said, ‘He is my brother.’ In the integrity of my heart and the innocence of my hands I have done this.” —Gen. 20:3–5 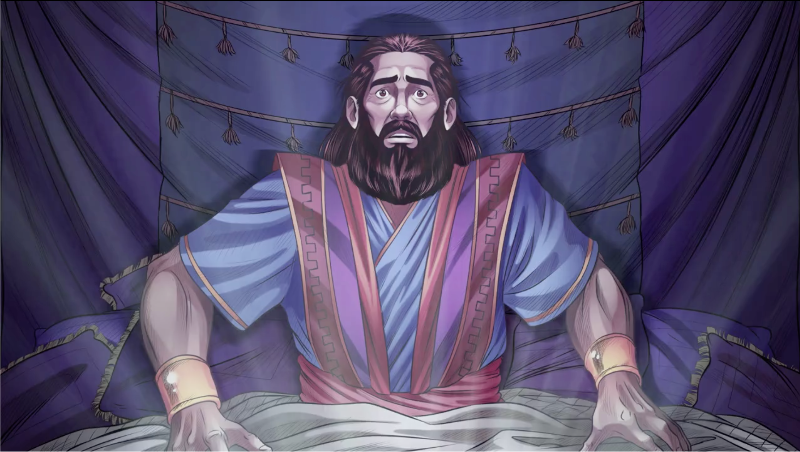 Abimelech received a warning from God

Then Abimelech called Abraham and said to him, “What have you done to us? And how have I sinned against you, that you have brought on me and my kingdom a great sin? You have done to me things that ought not to be done.” —Gen. 20:9–10

Again, the Scripture reveals that Abraham was motivated by fear. However, he also added that Sarah was indeed his half-sister:

Abraham said, “I did it because I thought, ‘There is no fear of God at all in this place, and they will kill me because of my wife.’ Besides, she is indeed my sister, the daughter of my father though not the daughter of my mother, and she became my wife.” —Gen. 20:11–12 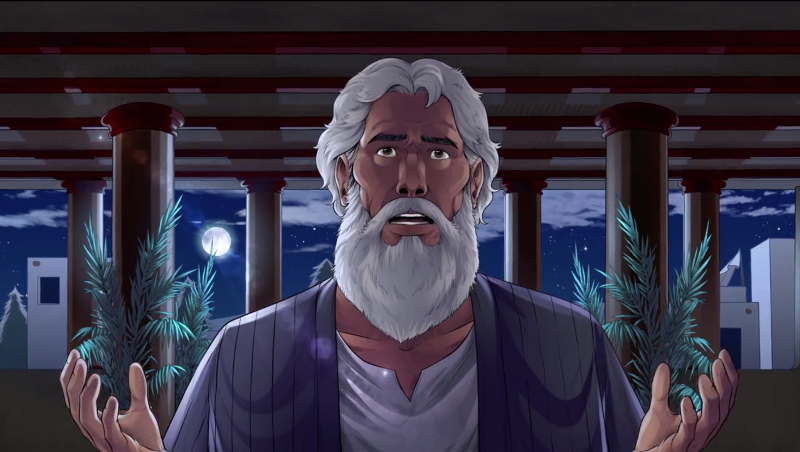 Abraham explained that Sarah was his half sister

While Abraham offered the explanation that Sarah was, at least partially, his sister, his words did not erase the fact that he had deceived the King into believing Sarah was not his wife.

This same deception is repeated a third time with Abraham’s son Isaac in the same city of Gerar. And again, the motivation was fear:

And when Abimelech, the king of the Philistines, looked out a window and saw Isaac and Rebekah laughing together, he called for Isaac:

So Abimelech called Isaac and said, “Behold, she is your wife. How then could you say, ‘She is my sister’?” Isaac said to him, “Because I thought, ‘Lest I die because of her.’” Abimelech said, “What is this you have done to us? One of the people might easily have lain with your wife, and you would have brought guilt upon us.” So Abimelech warned all the people, saying, “Whoever touches this man or his wife shall surely be put to death.” —Gen. 26:9–11 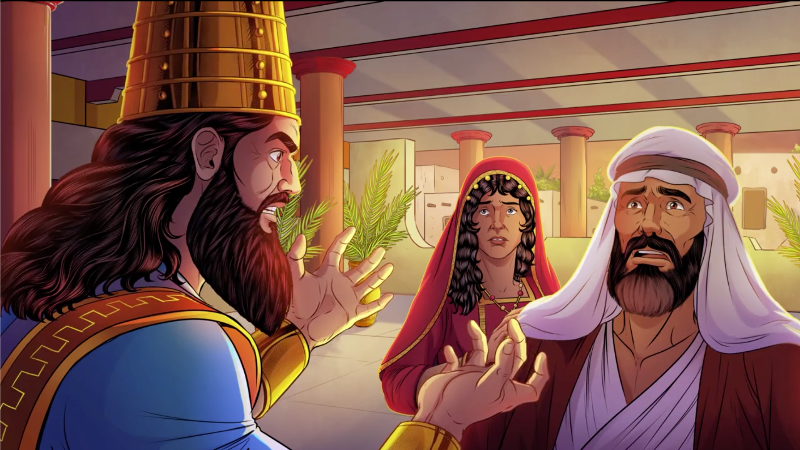 Isaac had not learned from the errors of his father even though God had intervened both times. Rebekah, however, was also spared being taken as a wife by Abimelech. Without God’s intervention, both Abraham and Isaac could have lost their beautiful wives.

SIDENOTE: There is debate among scholars as to whether Abimelech is the same king that tried to take Sarai as his wife years earlier, or if Abimelech was a term related to position of leadership, like that of a Pharaoh. Whether it is the same Abimelech as before or not, we see that Isaac followed in Abraham's footsteps and convinced his wife to say that she was his sister. Both Abraham and Isaac did so out of fear for their own lives.
The Biblical narrative reveals many events between God and His people. And, even though God had chosen Abraham and Isaac to build a legacy of people who would be in covenant with Him, they were also human, and not without their own weakness and sin. The Bible reveals God’s mercy in the face of man’s frailties!

Throughout iBIBLE, viewers will learn that even the patriarchs of the Bible struggled with trials, temptations, and fears. This can bring courage to the viewer because it inspires us to look to God for our perfection, and not to our own strength, lest anyone should boast.

Unpacking Holy Scripture is more than an adventure. It is guide and source for our own journey of faith! Thank you for walking with us as we proclaim God’s story to the world in this new and innovative format!