Welcome to a behind-the-scenes look at the research that goes into making each scene of the iBIBLE. Let's take a look at the study behind Lot's wife. 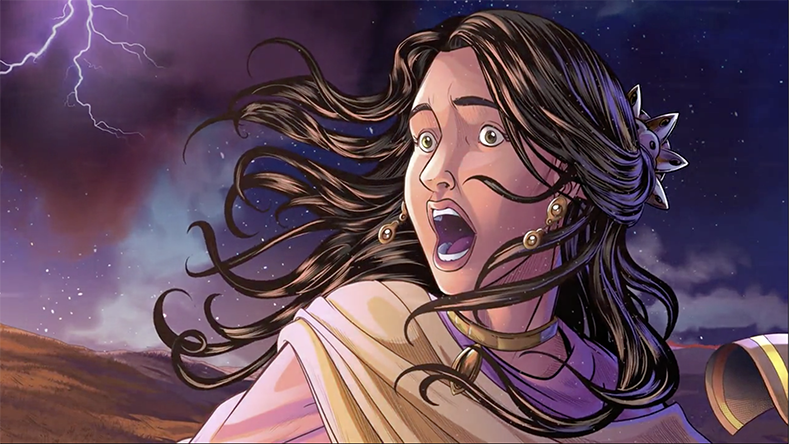 As Jesus spoke of the cataclysmic events that would take place in the end times, he brought to our attention the destruction of a city destroyed in the book of Genesis: Sodom. Specifically, he called on his disciples to “remember Lot’s wife” who was transformed into a pillar of salt when she looked back at the destruction befalling Sodom.

In iBIBLE chapter 10 we look at Lot and his family as they flee Sodom. As we bring this section of the Bible to life, we ask many questions about Lot’s wife. The woman whose name was not recorded in the Bible, yet she is important enough for Jesus to bring her to our attention.

Who was Lot’s wife? Her origin is unclear. Did she accompany Lot and Abraham when they left Ur of the Chaldees? Did she meet and marry Lot in Haran, where Abraham's father settled and passed away? Was she a Canaanite that Lot married in the land of Canaan? Could Lot have met her in Egypt when they journeyed there? The Bible doesn’t tell us.

Here is what the Bible does tell us about Lot’s wife. 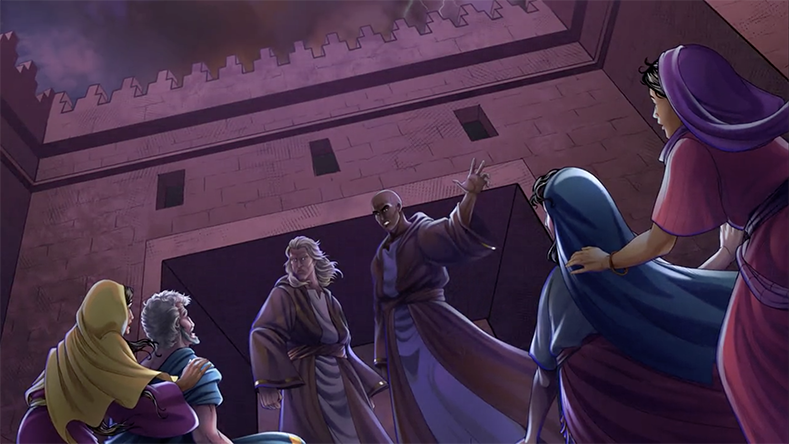 When Lot is told to flee from Sodom, here is what the angels tell him:

“Up! Take your wife and your two daughters who are here, lest you be swept away in the punishment of the city.” (Genesis 19:15)

Lot doesn’t leave right away – he lingers! So, mercifully, the angels use force:

So the men seized him and his wife and his two daughters by the hand, the Lord being merciful to him, and they brought him out and set him outside the city. And as they brought them out, one said, “Escape for your life. Do not look back or stop anywhere in the valley. Escape to the hills, lest you be swept away.” (Genesis 19:16-17)

You can feel the building tension, the urgency of the moment, and specifically, the divine instruction do not look back.

Lot is fleeing to safety, rescued by angels, with his wife following behind him, and she does the very thing they were commanded not to do. She looked back: 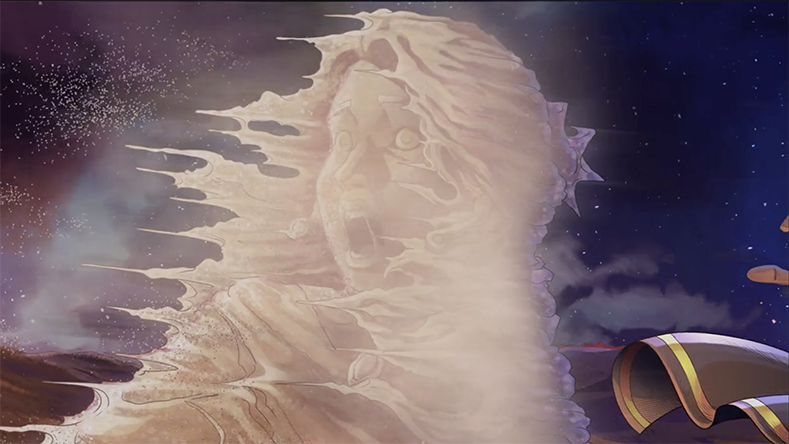 (Above) Image from iBIBLE ot Lot's wife turning to a pillar or salt. 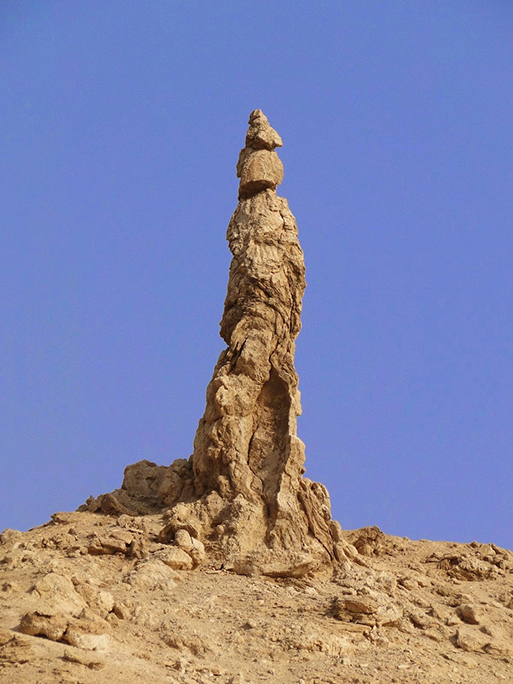 (Above) Photo of a pillar of salt overlooking the modern town of Safi in Jordan which is traditionally believed to be Lot's wife.

What exactly caused her to look back? Was she holding onto a past that she couldn’t let go of, memories or perhaps possessions that were going up in smoke as she moved toward a new life? Maybe it was her position she was clinging to. We saw in last week’s post that Lot was sitting at the gate, indicating that the family held a place of importance in the city of Sodom. Whatever the reason that she clung to her life in Sodom, Jesus brings to light a truth of critical importance:

Lot’s wife couldn’t fully walk away from the life she was being rescued from, even though she had been rescued from destruction, and given the gift of life.

As we look today at the world around us, let us heed the words of Jesus and “Remember Lot’s wife.”