The Bible reveals the one true story of God’s will and work, starting from the very beginning in Genesis and ending with the final Revelation. We want to keep the whole Divine narrative in view as we write, produce, and translate iBIBLE episodes. Today, we invite you to take a behind-the-scenes look at how we visually connected an Old Testament passage with the New Testament as an example of how the entire Biblical narrative comes together in iBIBLE.

When we create the Old Testament episodes of iBIBLE, we look for parallels in the New Testament. Our goal is to find the callbacks—the events and passages that remind us of things that happened in earlier stories—and how they relate to one another. This helps to inform how we create iBIBLE art. With a view to New Testament chapters that will eventually be completed, we have a better idea of how to illustrate and animate the Old Testament chapters that the team is working on now.

The Christmas season brought one such passage to our attention. After Jesus was born, and the wise men came and presented gifts to the new king, they were warned in a dream to depart from there a different way. Then, an angel of the Lord told Joseph and Mary that it was time to leave, so they fled to Egypt:

And being warned in a dream not to return to Herod, [the wise men] departed to their own country by another way. Now when they had departed, behold, an angel of the Lord appeared to Joseph in a dream and said, “Rise, take the child and his mother, and flee to Egypt, and remain there until I tell you, for Herod is about to search for the child, to destroy him.” And he rose and took the child and his mother by night and departed to Egypt. —Matthew 2:12–14 [ESV]

Then tragedy ensued. Herod was furious that he could not kill the king of the Jews who had been born (Matt. 2:2), so he decided to eliminate the threat to his power and kill every child under two in the whole region around Bethlehem:

Then Herod, when he saw that he had been tricked by the wise men, became furious, and he sent and killed all the male children in Bethlehem and in all that region who were two years old or under, according to the time that he had ascertained from the wise men. Then was fulfilled what was spoken by the prophet Jeremiah:

“A voice was heard in Ramah,
weeping and loud lamentation,
Rachel weeping for her children;
she refused to be comforted, because they are no more.” —Matthew 2:16–18

What does this prophecy from the book of Jeremiah, quoted in the book of Matthew, have to do with Rachel, the beloved wife of Jacob? The iBIBLE team is in the process of illustrating the section of Scripture that relates to this passage in Matthew. Rachel dies near Bethlehem, and that is where she is buried:

When [Jacob’s tribe] were still some distance from Ephrath, Rachel went into labor, and she had hard labor…So Rachel died, and she was buried on the way to Ephrath (that is, Bethlehem), and Jacob set up a pillar over her tomb. It is the pillar of Rachel’s tomb, which is there to this day. —Genesis 35:16, 19–20

Take a look at how our team illustrated this moving passage. You can see the emotional turmoil of the scene. 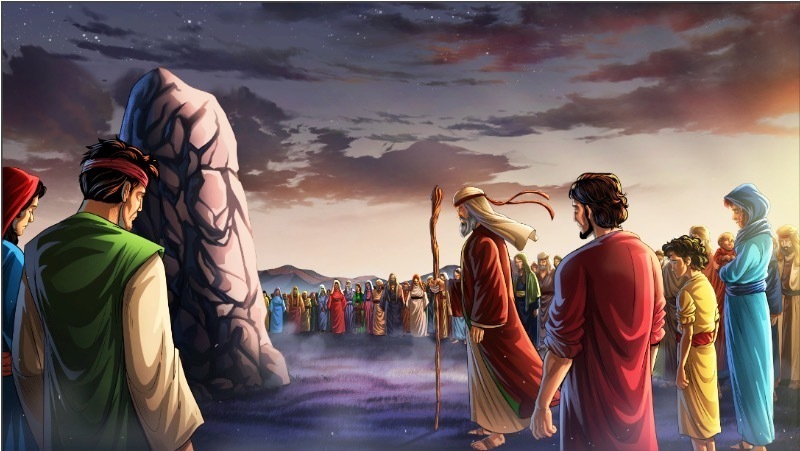 The picture that Jeremiah paints of Rachel’s soul weeping as she looks over the region as the children are being killed is very moving, and helps to show the depth of connection that the Jewish people have with their history and their land. In the broader context of the passage in Jeremiah, the prophet contrasts Rachel's weeping with the joy that God would bring as he restores His people to their land, and eventually would make a New Covenant with His people through the promised Messiah:

Behold, the days are coming, declares the LORD, when I will make a new covenant with the house of Israel and the house of Judah...For this is the covenant that I will make with the house of Israel after those days, declares the LORD: I will put my law within them, and I will write it on their hearts. And I will be their God, and they shall be my people. And no longer shall each one teach his neighbor and each his brother, saying, "Know the LORD," for they shall all know me, from the least of them to the greatest, declares the LORD. For I will forgive their iniquity, and I will remember their sin no more. —Jeremiah 31:31, 33-34

In this chapter of Scripture, both the promise of the coming King and the lament of Rachel over her children are prophesied—both of which take place in or near Bethlehem. We asked our artists to illustrate what that same spot would look like more than 1,200 years later after the promised Messiah was born in Bethlehem, and Herod's soldiers go about their devastating task. 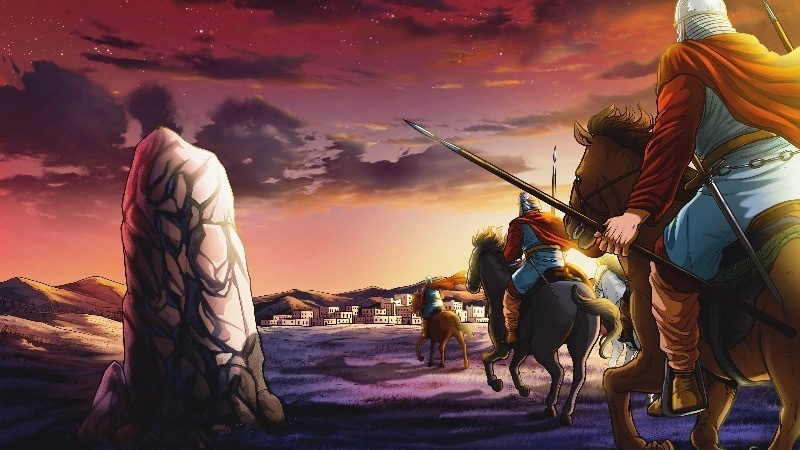 There are parallels like this throughout Scripture. In fact, there are more than one thousand references to the Old Testament in the New Testament, and many hundreds of prophecies in the Old Testament about things that will happen in the New Testament. The Scriptural narrative is so interconnected that only God could have written it. This is the story we aspire to bring to the whole world, that everyone might know the goodness and majesty of God!

Thank you for your part in helping us to fulfill our mission to bring the whole Divine narrative to the ends of the earth. Thank you for your prayers, your words of encouragement, and your financial gifts. With your help, there will people all over the world who will be able to experience God’s Word for the very first time through iBIBLE. Thank you for journeying with us.