Welcome to a behind-the-scenes look at the research and artwork that goes into making each scene of iBIBLE. Today, we look at Noah's Vineyard.

Noah began to be a man of the soil, and he planted a vineyard. He drank of the wine and became drunk and lay uncovered in his tent.
—Gen. 9:20-21 [ESV]

After emerging from the ark and receiving the new covenant from God, Noah settles down and begins to work the land. In iBIBLE Chapter 4, we see this event come to fruition. Though Noah is most famously known for the story of Noah's Ark, there is another part of his story that is often not told. He is also the subject of the first story of intoxication. 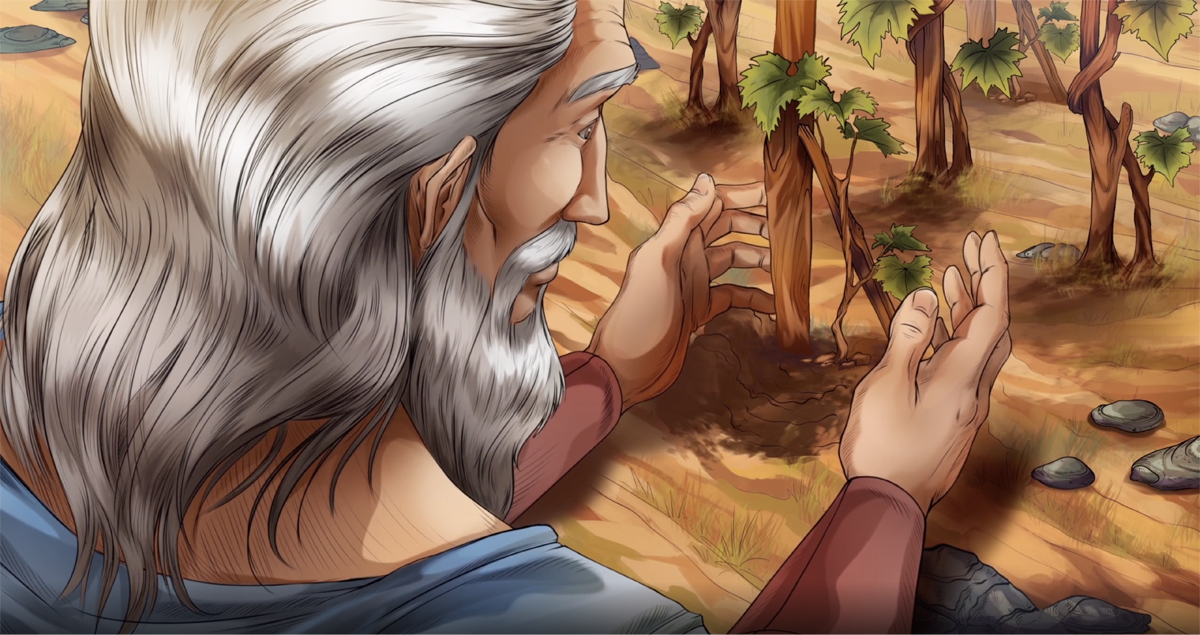 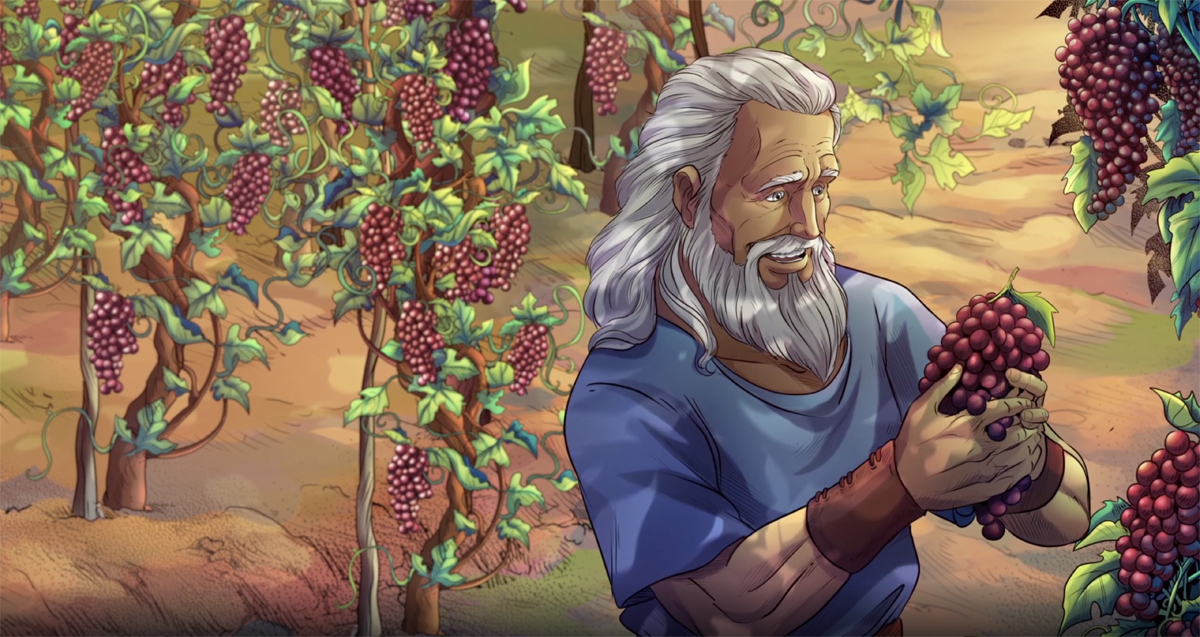 As the story unfolds, Noah plants a vineyard, becomes drunk from the wine, and falls asleep naked in his tent. When his youngest son, Ham, sees Noah lying on his bed naked, he tells his two older brothers, Shem and Japheth. Instead of following Ham, the older brothers grabbed a garment and walked backward into their father’s tent in order to cover him and not see his nakedness. When Noah awoke and learned what his youngest son had done, he cursed Canaan, Ham’s youngest son. 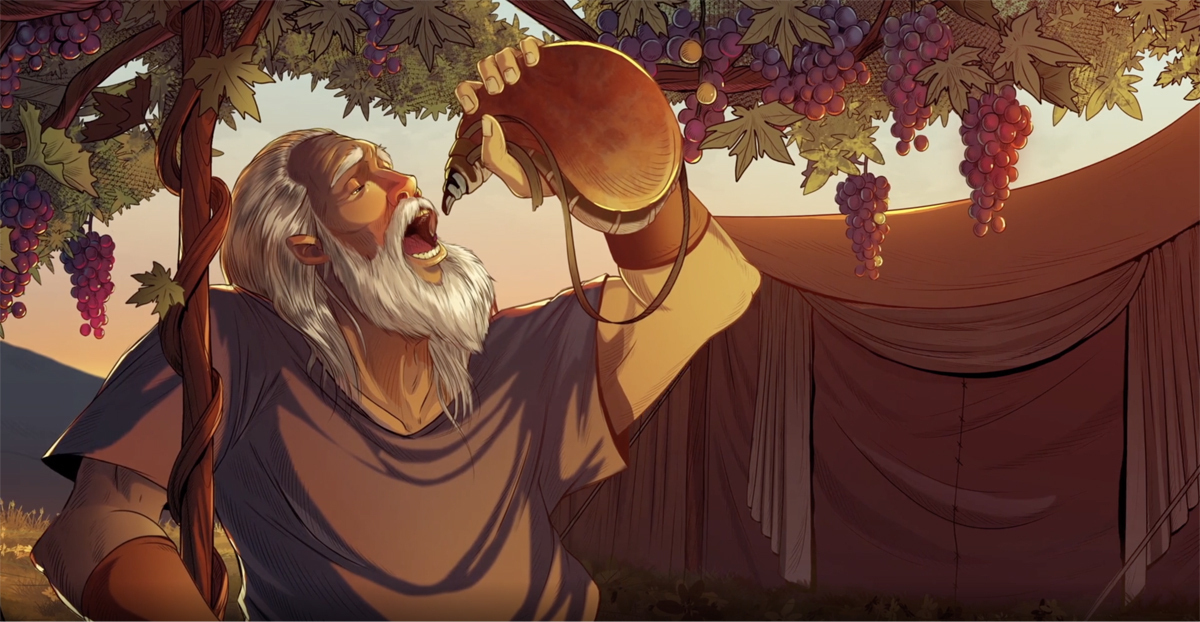 He drank of the wine and became drunk and lay uncovered in his tent. –Gen. 9:21 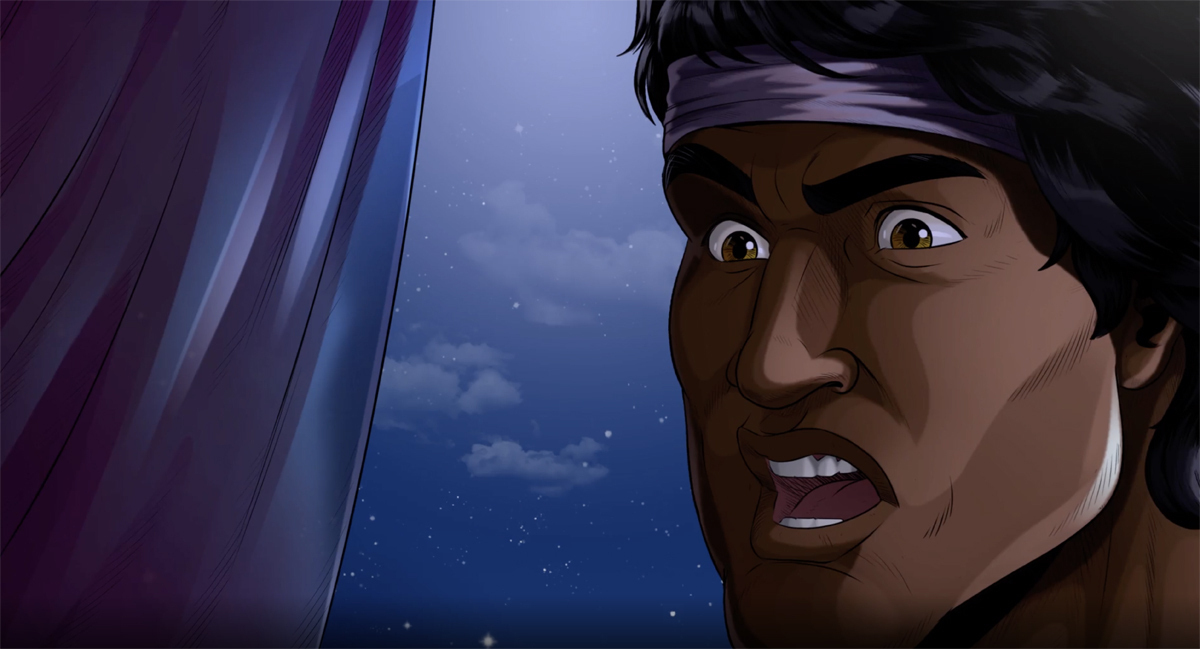 And Ham, the father of Canaan, saw the nakedness of his father and told his two brothers outside. –Gen. 9:22 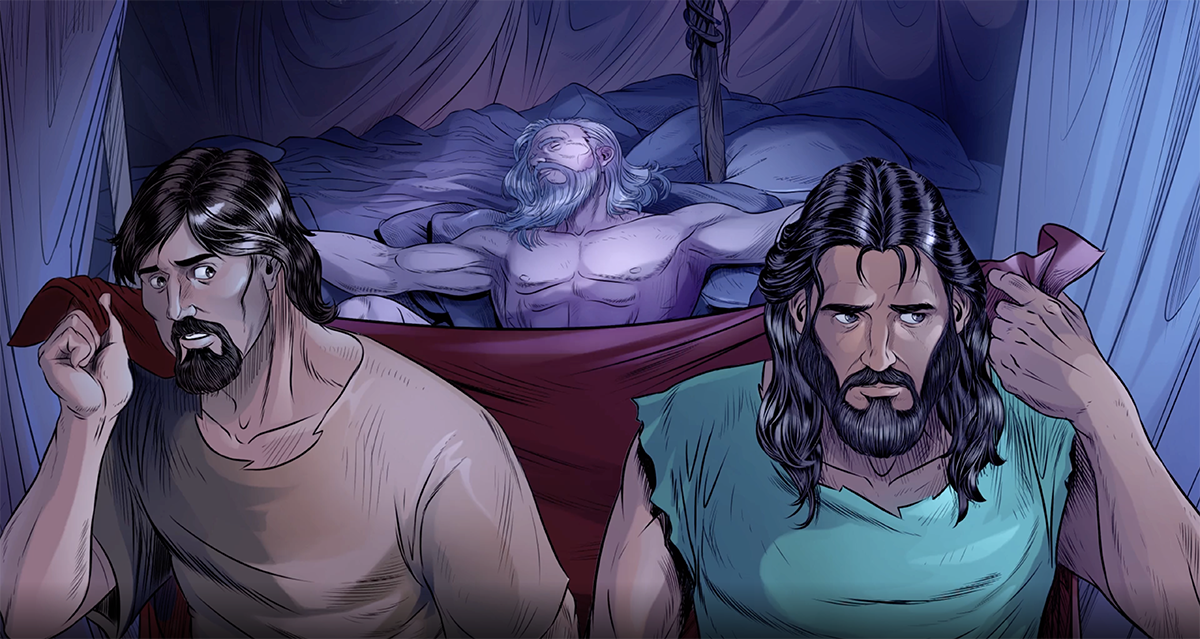 Then Shem and Japheth took a garment, laid it on both their shoulders, and walked backward and covered the nakedness of their father. Their faces were turned backward, and they did not see their father's nakedness. –Gen. 9:23

There are many discussions and debates surrounding this event. Did Noah sin? Why did he curse his grandson? Did God honor Noah’s curse upon Canaan and his descendants?

In creating iBIBLE, our job is not to explain why an event took place OR its meaning. The purpose of iBIBLE is to reveal the event as closely as possible to how it is recorded in Scripture. Dialogue and events are not added to, or taken away from. We believe there are many lessons that can be taken from every story recorded in Scripture, and we leave interpretation to the Holy Spirit, pastors, teachers, and parents as they instruct the followers of Christ.

There are countless Bible stories produced for nearly every event in Scripture, but most of them try to explain the events or their implications. What sets iBIBLE apart is its strict adherence to the Bible in creating a narrative as directly recorded in the Scriptures. Our goal is not to present another story based on the Bible, but to bring the Bible to life using actual Scripture to tell the story.

iBIBLE will offer a new way to engage with the Bible. It will be availaible to be translated into any language, and will be offered free to the world. Ultimately, iBIBLE will help believers and seekers around the globe to understand God’s entire plan for creation, redemption and His final restoration of mankind!

Thank you for your prayers and support as we produce this invaluable resource.