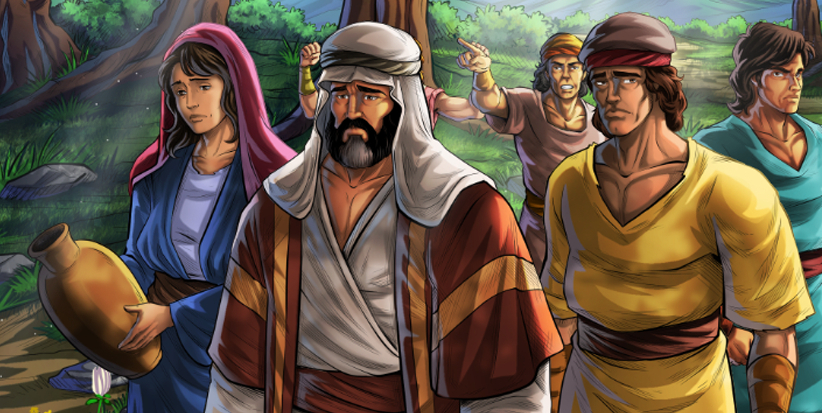 This week, we want to take time to share with you the art that has been created over the past two months for iBIBLE. As we prepare to release more episodes in the Jacob story arc, more images are being finalized.

Here are some brand new, never-before-seen images from iBIBLE Chapter 14 that we hope you will enjoy! 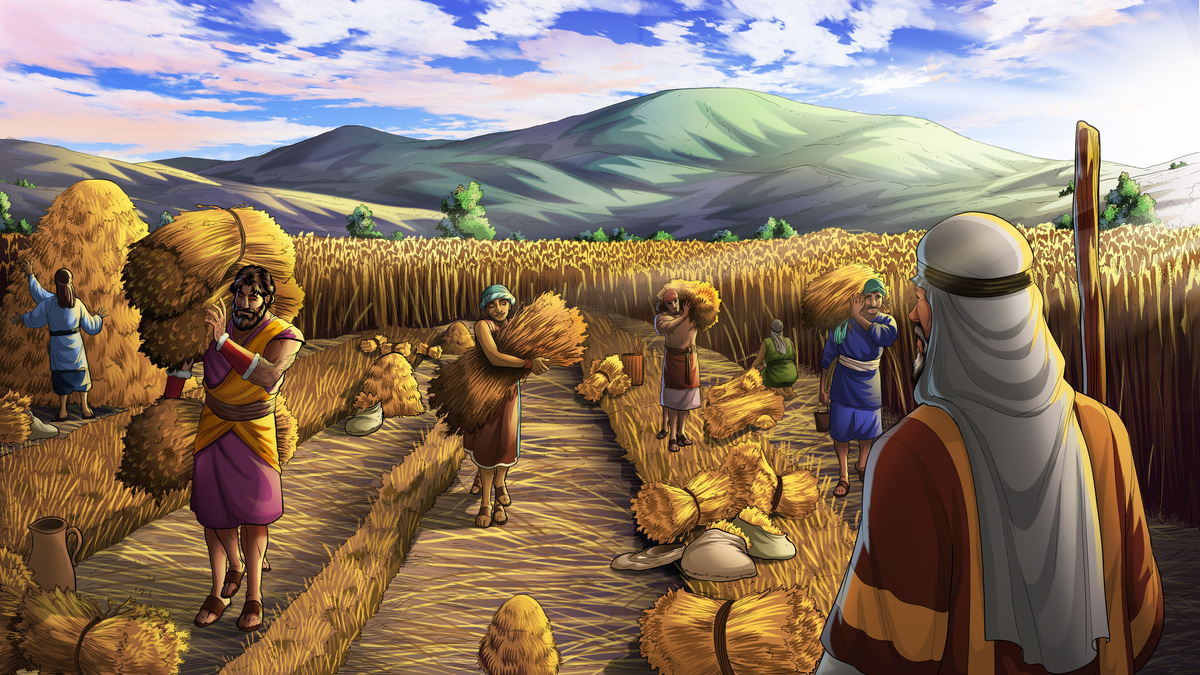 In Chapter 14 of iBIBLE, Isaac’s tribe traveled during a famine. They were on their way to Egypt when Lord appeared to Isaac and told him to stay in Gerar:

Now there was a famine in the land, besides the former famine that was in the days of Abraham. And Isaac went to Gerar to Abimelech king of the Philistines. And the Lord appeared to him and said, “Do not go down to Egypt; dwell in the land of which I shall tell you. Sojourn in this land, and I will be with you and will bless you, for to you and to your offspring I will give all these lands, and I will establish the oath that I swore to Abraham your father…So Isaac settled in Gerar. —Genesis 26:1–3, 6

ISAAC AND REBEKAH SPEAK WITH ABIMELECH 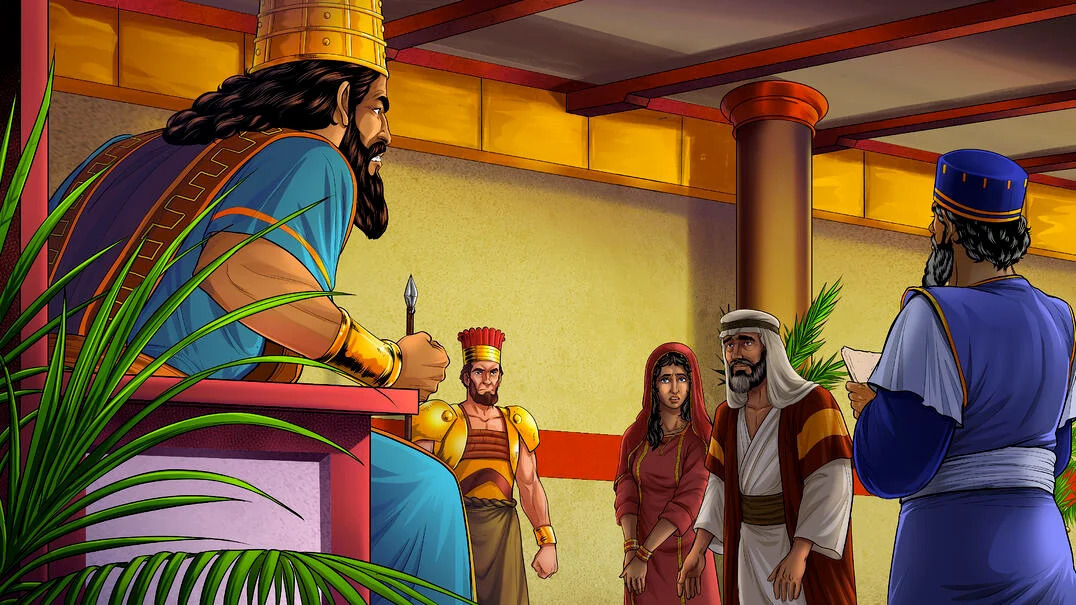 While they stayed in Gerar, Isaac told the men of the city that Rebekah was his sister. But the king saw them together, and called them to the court:

So Abimelech called Isaac and said, “Behold, she is your wife. How then could you say, ‘She is my sister’?” Isaac said to him, “Because I thought, ‘Lest I die because of her.’” Abimelech said, “What is this you have done to us? One of the people might easily have lain with your wife, and you would have brought guilt upon us.” —Genesis 26:9–10

ISAAC HARVESTS MORE THAN HE PLANTS 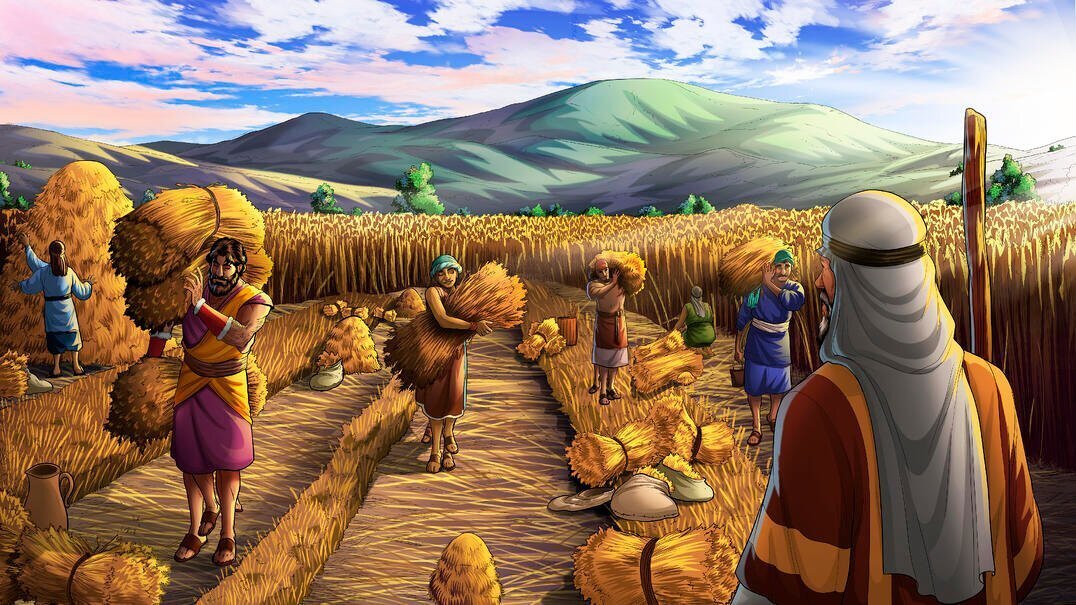 While they lived in the land, they were blessed by God:

And Isaac sowed in that land and reaped in the same year a hundredfold. The Lord blessed him, and the man became rich, and gained more and more until he became very wealthy. —Genesis 26:12–13

ISAAC IS CHASED AWAY BY THE PEOPLE OF GERAR 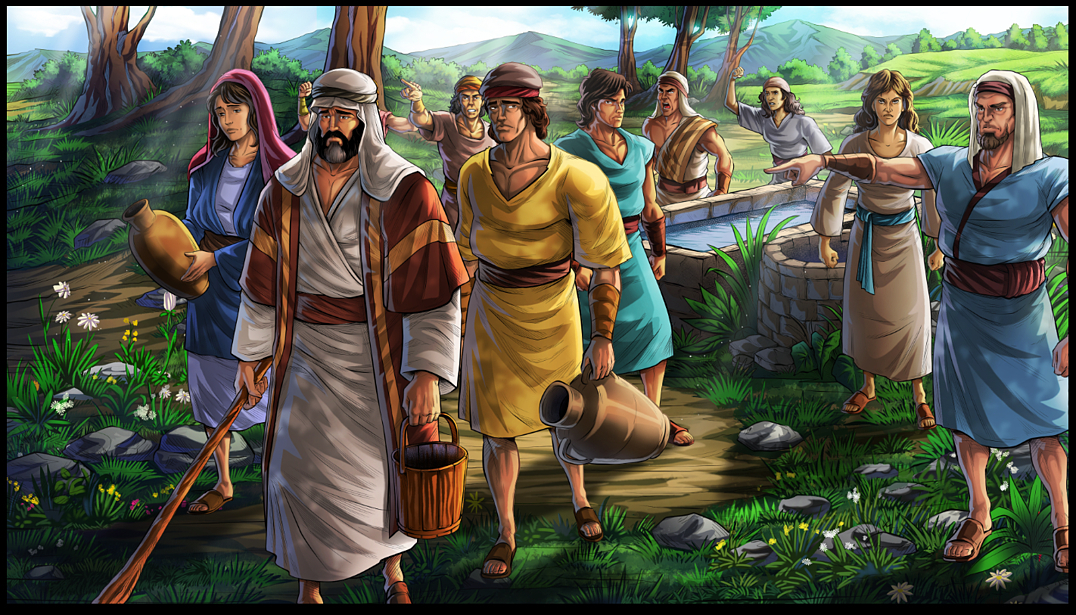 Eventually, the people of Gerar kicked Isaac’s people out, and he went from place to place digging wells. Every time he dug up one of his father's wells, they were chased away by the inhabitants of Gerar.

And Isaac dug again the wells of water that had been dug in the days of Abraham his father, which the Philistines had stopped after the death of Abraham. And he gave them the names that his father had given them. But when Isaac’s servants dug in the valley and found there a well of spring water, the herdsmen of Gerar quarreled with Isaac’s herdsmen, saying, “The water is ours.” —Genesis 26:18–20

We hope that you enjoyed this sneak peek of new art from Chapter 14 of iBIBLE. We are so grateful for your support through prayer and financial gifts as we seek to bring God's Word to the whole world.

Each day, the first ever visual and interactive presentation of the Scriptural narrative, translated into the languages of the world, is being written, produced, completed, translated and shared. Thank you for your partnership as we continue this journey together.