Last week, we finished exploring the pre-production process of iBIBLE by looking at the steps involved in the creation of an animatic. We discussed setting the tone and mood of each verse of the Bible, along with the rough animations that make up an animatic, but what comes next? How do we move from a basic outline of a scene to a detailed, vivid illustration that is characteristic of iBIBLE? 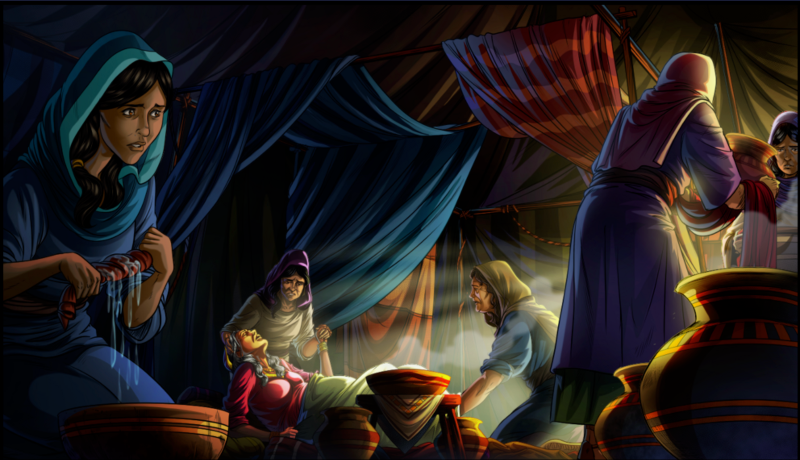 CHARACTER SHEETS
First, we begin with character sheets. A character sheet is an illustration of a character that ensures a character is drawn exactly the same way, even though different artists may illustrate the character at different times. Abraham, for example, has to look like Abraham regardless of who draws him, and as the team expands and more talented artists are added, it becomes even more important to have a good character sheet that is accurately followed. 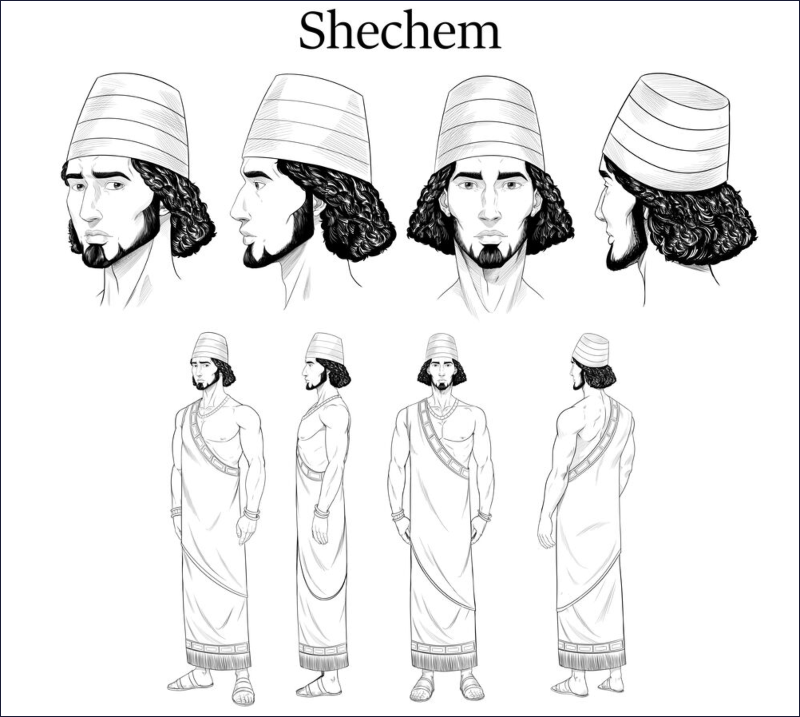 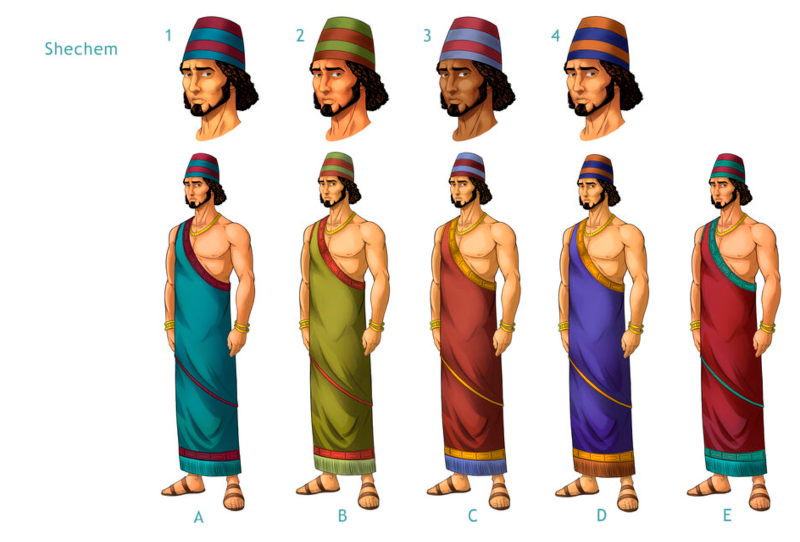 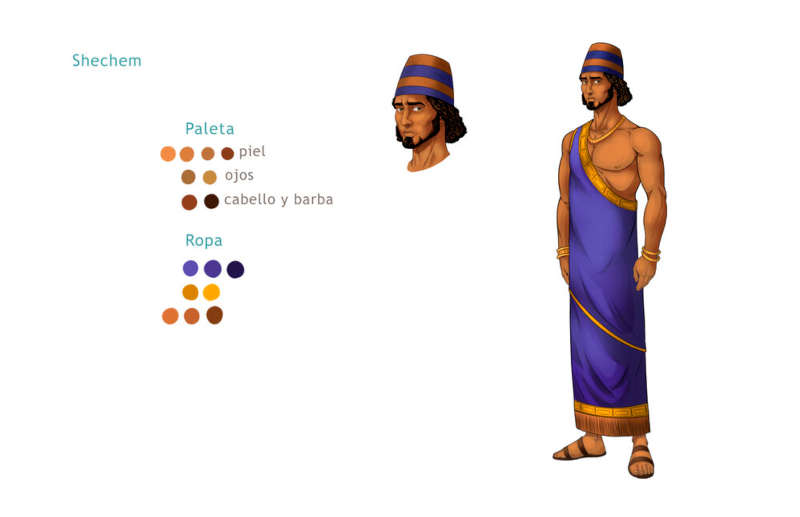 COLOR AND MOOD GUIDELINES
If you have seen an episode of iBIBLE, you may have noticed the striking use of color. We have established guidelines that appear throughout each chapter. Color sets the mood of a scene, indicates things like disobedience (as in iBIBLE Chapter 2 when sin enters the world and everything is cast in gray), or align with a specific character (such as rays of light appearing with God). There is also an entirely different artistic and visual style to depict visions and dreams 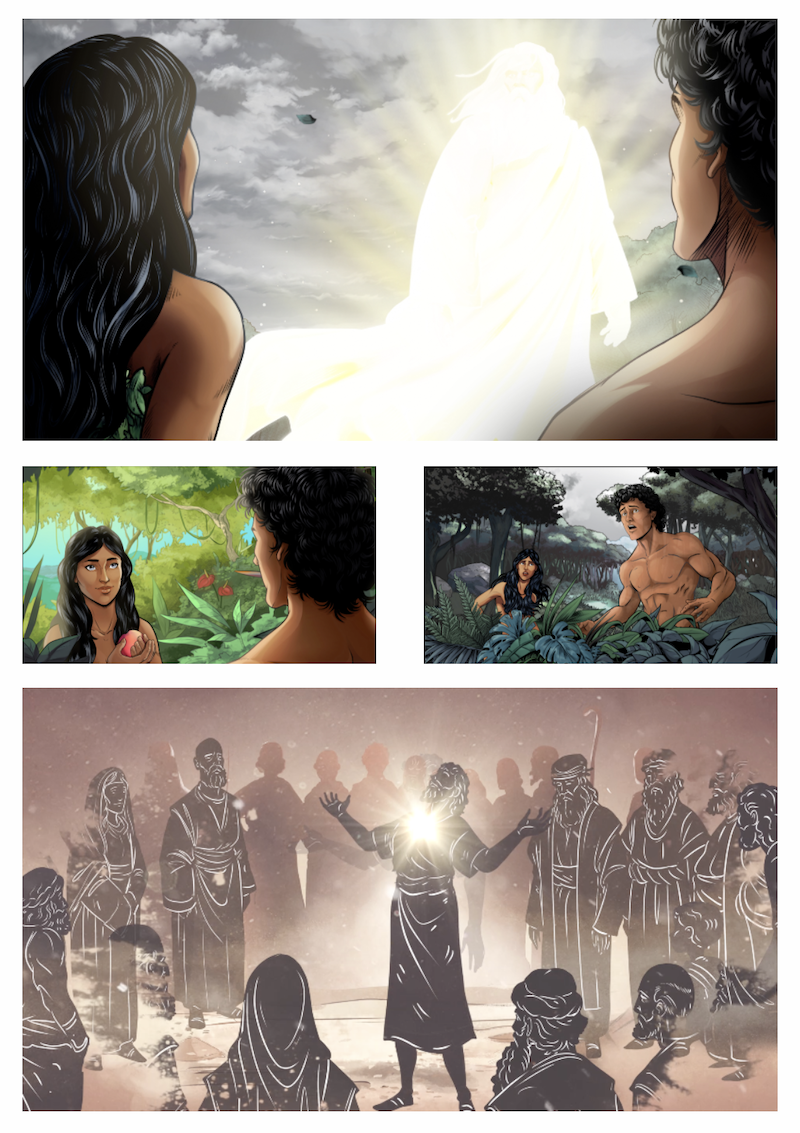 CREATING AN IMAGE
Once the characters are finalized, and the artists are familiar with the cultural and historical specifics, they receive a shot from the animatic along with the shot guide. With these three things in hand, the artist can begin their line art.

-An image of the shot
-The shot guide
-Access to the character sheet (in this case, Rachel) 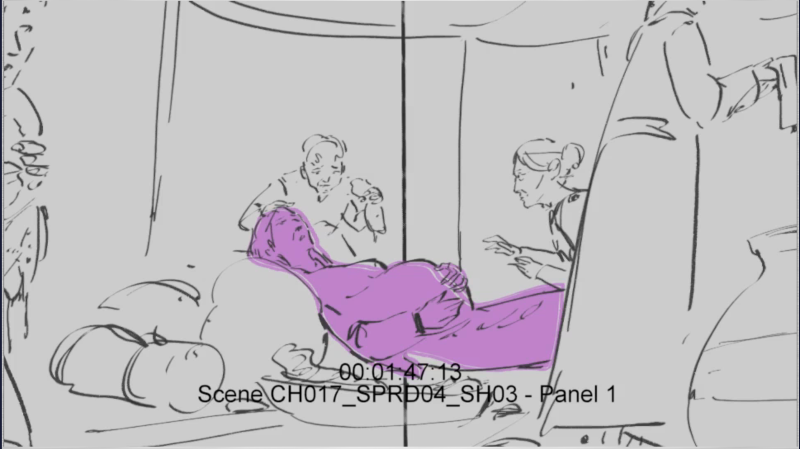 As the artist creates line art, a rough sketch is drawn, with red lines indicating camera movement in the shot. We begin with the full, wide frame image, then zoom into the smaller frame image. Once these depictions go through the approval process, the line art is drawn including the different elements in the image that change (in this case, Rachel struggling to give birth, the movement of the midwives). Here we check for accuracy, detail, anatomy, and appropriate emotions. 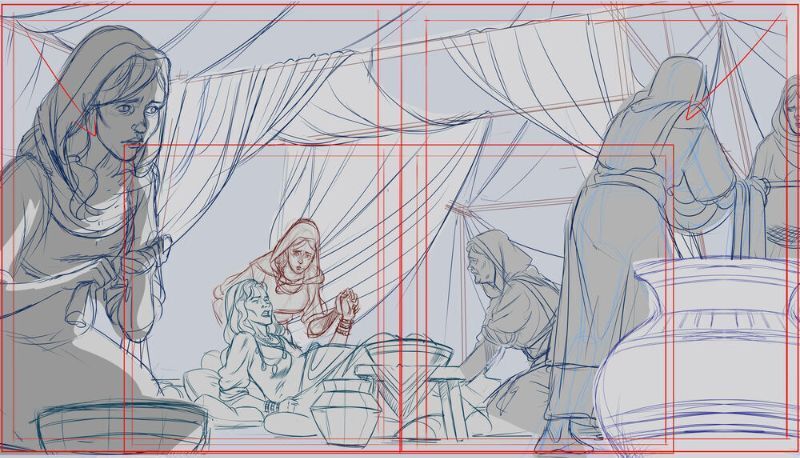 Once the line art is completed, color is added. At this point, we are looking for beautiful colors and good lighting, but it also has to be right for the picture. In the case of this scene, this is an emotionally tense moment where there is struggling, sweat, worry, and labor. The image should not be bright and sunny—it must match the mood of the scene. With all of these elements in place, we have a complete, accurate, and beautiful illustration.

iBIBLE reveals the one true story of the Scriptures through vivid animation, dramatic audio—all while using the Bible alone for its scripts. Thank you for your prayers and your partnership as we diligently work toward this goal of bringing the Word of God to the nations in an accessible format for FREE.