Some of the most common questions we are asked about the process of creating iBIBLE have to do with how we write the scripts. Does iBIBLE use a particular Bible version? How do we incorporate cultural relevance and theology? Is iBIBLE in chronological order? 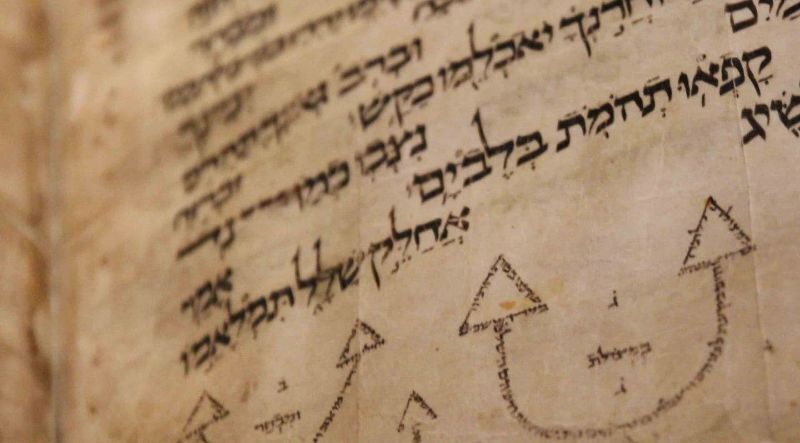 While we are committed to only using the Bible for our scripts, we do not depend on any one translation of Scripture. We start with the King James Version (KJV) for the foundation of the scripts. Then, we use The Complete Jewish Version (CJB), which often brings in more details and adjectives to describe the event. We then check our scripts against the English Standard Version (ESV) to see how the verses are treated in a more modern translation.

If we find agreement in the translations using the above process, we proceed with confidence in the iBIBLE scripts. However, when there are questions or discrepancies among various versions of the Bible, we begin by referring to other common translations (such as The New King James Version (NKJV), New American Standard Bible (NASB), the Revised Standard Version (RSV), etc.). When questions remain, we look to commentaries and the teachings of well-respected Hebrew scholars.

SIDENOTE: It is critical that our scripts accurately reflect the Scriptures, and are also written in a narrative form, free from any copyright, so iBIBLE can be translated into any language for free. 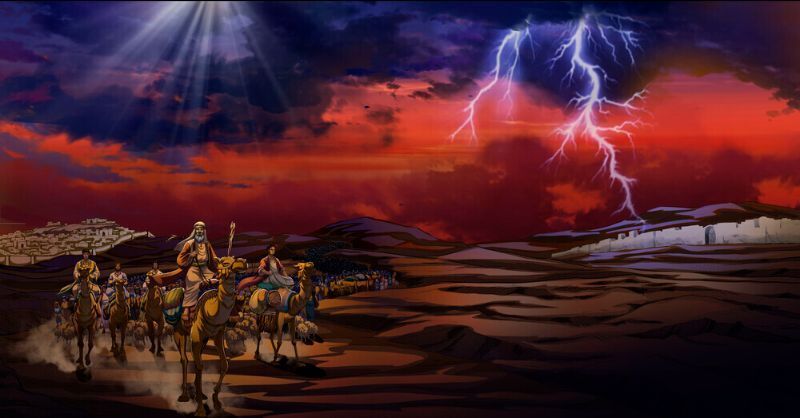 5 And they journeyed: and the terror of God was upon the cities that were round about them, and they did not pursue after the sons of Jacob.

CJB
4 They gave Ya‘akov all the foreign gods in their possession and the earrings they were wearing, and Ya‘akov buried them under the pistachio tree near Sh’khem.

5 While they were traveling, a terror from God fell upon the cities around them, so that none of them pursued the sons of Ya‘akov.

ESV
4 So they gave to Jacob all the foreign gods that they had, and the rings that were in their ears. Jacob hid them under the terebinth tree that was near Shechem.

5 And as they journeyed, a terror from God fell upon the cities that were around them, so that they did not pursue the sons of Jacob.

NARRATOR: All of Jacob’s household, and all who were with them gave Jacob the foreign gods they had in their possession. They also removed their earrings, and Jacob buried them along with the foreign gods under the oak tree that was by Shechem.

NARRATOR: And while they were traveling toward Bethel, a terror from God fell upon the cities around them so that none of them pursued the sons of Jacob. 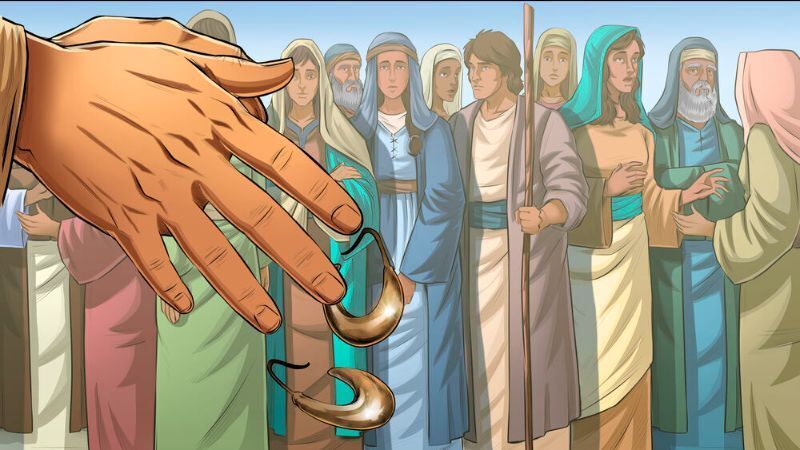 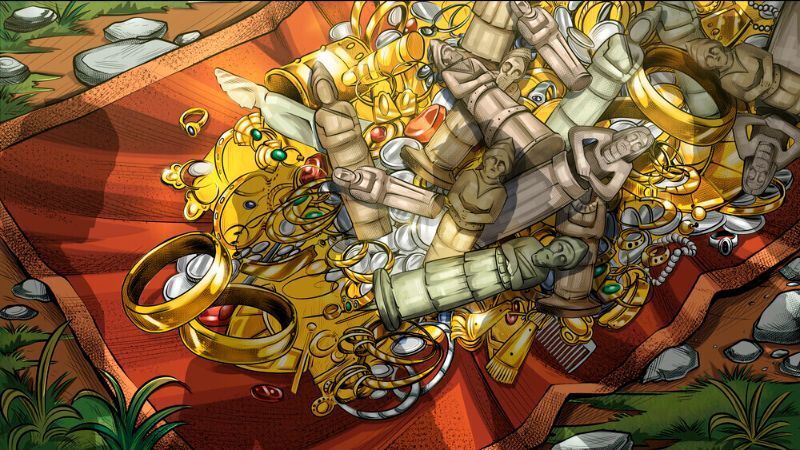 In presenting the Biblical Narrative, we always script the events in chronological order. The Bible will often reveal an event in one place in Scripture, and then add details to that event in the next chapter, or even in another book of the Bible. At times, even the New Testament can provide further details of an event in the Old Testament. Our research team looks through every Scripture that supports the event. When the Bible is presented in chronological order, it can be much easier to understand. And, when presenting the entire Biblical Narrative, showing the events in chronological order becomes increasingly important.

Above all, we commit our work to prayer and ask for the Holy Spirit’s guidance. While it would be impossible to create an infallible Biblical Narrative, we strive to create iBIBLE as accurately as possible. When we receive feedback on the published episodes, which we often do, we carefully consider the feedback and, on several occasions, have improved the scripts based on viewer feedback.

We appreciate your prayers and your feedback. We believe iBIBLE belongs to the Church, to families, and to the entire global missions community. We have not been called to teach the Bible, but rather to present a tool that can be used to help people from all over the world engage with God’s Word.

We never take this responsibility lightly. We are simply God’s servants in bringing the first visual narrative of the Bible to the world. Thank you for joining with us!