Creating the Well Near Haran

Creating the Well Near Haran

Welcome to a behind-the-scenes look at the research and study that goes into making each scene of the iBIBLE. Let's take a look at what went into the animation of the well outside Haran in iBIBLE Chapter 13.

Throughout the Bible, wells are a common backdrop for the scenes and events that play out. We see them being dug by patriarchs in Genesis and becoming the place where relationships begin. And in the New Testament, Jesus meets with the Samaritan woman and reveals his true identity at a well. Wells were a constant in the lives of the people of the fertile crescent. If you didn’t live by one of the big rivers, such as the Euphrates or the Nile, you needed access to water for your family and flocks.

The Fertile Crescent, also known as the “Cradle of Civilization,” is the boomerang-shaped region of the Middle East that was home to some of the earliest human civilizations. 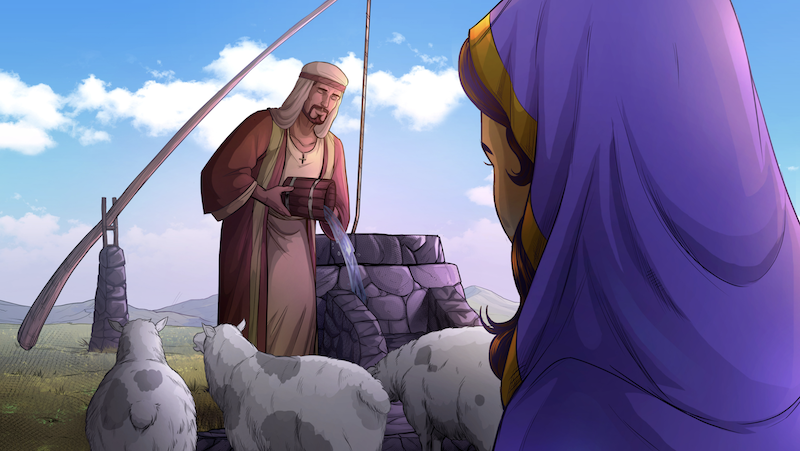 "Then Jacob went on his journey and came to the land of the people of the east. As he looked, he saw a well in the field, and behold, three flocks of sheep lying beside it, for out of that well the flocks were watered." (Gen. 29:1–2)

This scene is recurring in Scripture: Jacob’s mother Rebekah met with Abram’s servant at a well (Gen. 24:15), now Jacob meets Rachel at a well, and Moses will later meet Zipporah at a well (Exod. 2:15).

As we bring the iBIBLE to life and animate the story of Jacob, the well is a key component to uncover. What did the wells look like? How did they operate? What was the purpose of the large stone Jacob rolled away? How did a person water their flock at a well? Did the animals drink from a bucket, was there a trough nearby, or was there some part of the well that allowed the animals to drink?

In order to illustrate the wells, the iBIBLE team looked for references of wells going back as far as archaeology would go. We know for certain that during the time period in Mesopotamia and Egypt, one of the wells in common usage was a Shaduf (or Shadoof), and this is where the wells in Genesis 29 began to take shape. Through research, our questions were answered, and the wells came to life for Chapter 13 of iBIBLE. 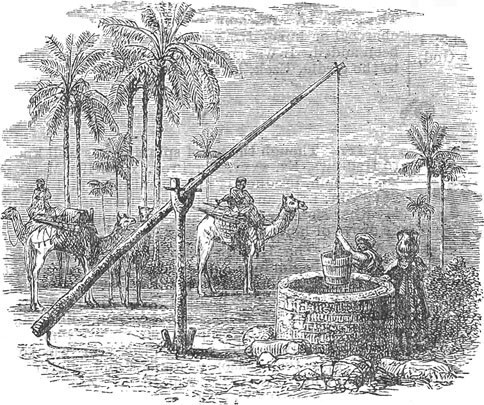 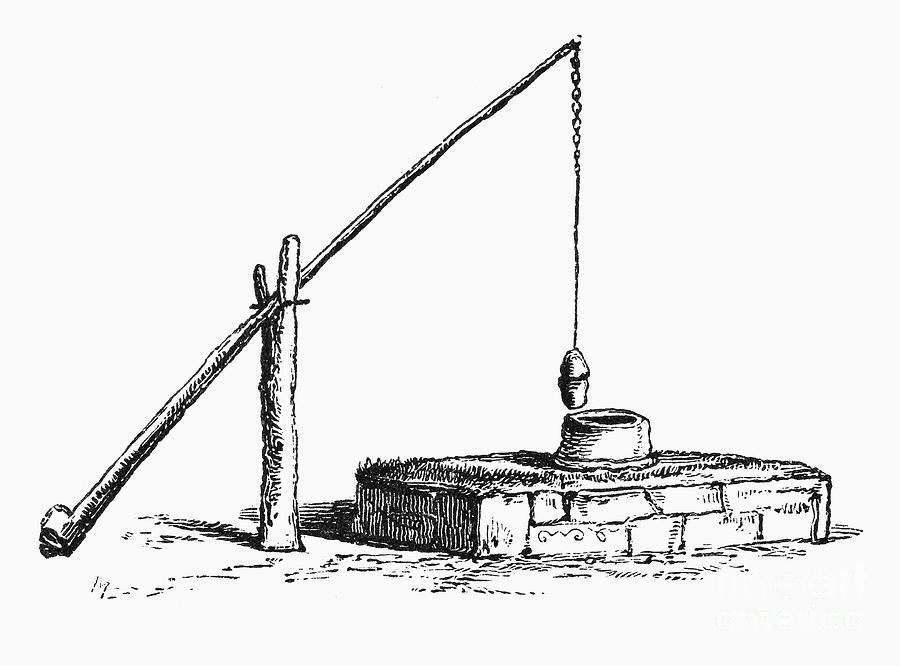 Shaduf (or Shadouf, or Shadoof): A large pole balanced on a crossbeam; a skin or bucket is hung on a rope from the long end, and a counterweight is hung on the short end. By pulling the rope, it lowered the bucket into the water source. The operator would then raise the full bucket of water. The pole could be swung around and the bucket emptied into a field, canal, or watering trough.

Covering Stone: To prevent dust, impurities, and possibly animals getting into the well, they were usually covered. In this scene in Genesis, the well where Jacob meets Rachel is covered by a large stone. Jacob instantly fell in love with Rachel, and this gave him a perfect opportunity to express his earnestness (and impress Rachel) by watering her flock.

Trough at the Well: To water the flocks, there would have to be water receptacles of some type nearby. Here is one of the references from the time period of the fertile crescent that was used to design the well. Using Scripture, context, and documented archaeological discoveries, the well and watering trough below were created for Chapter 13 of iBIBLE. 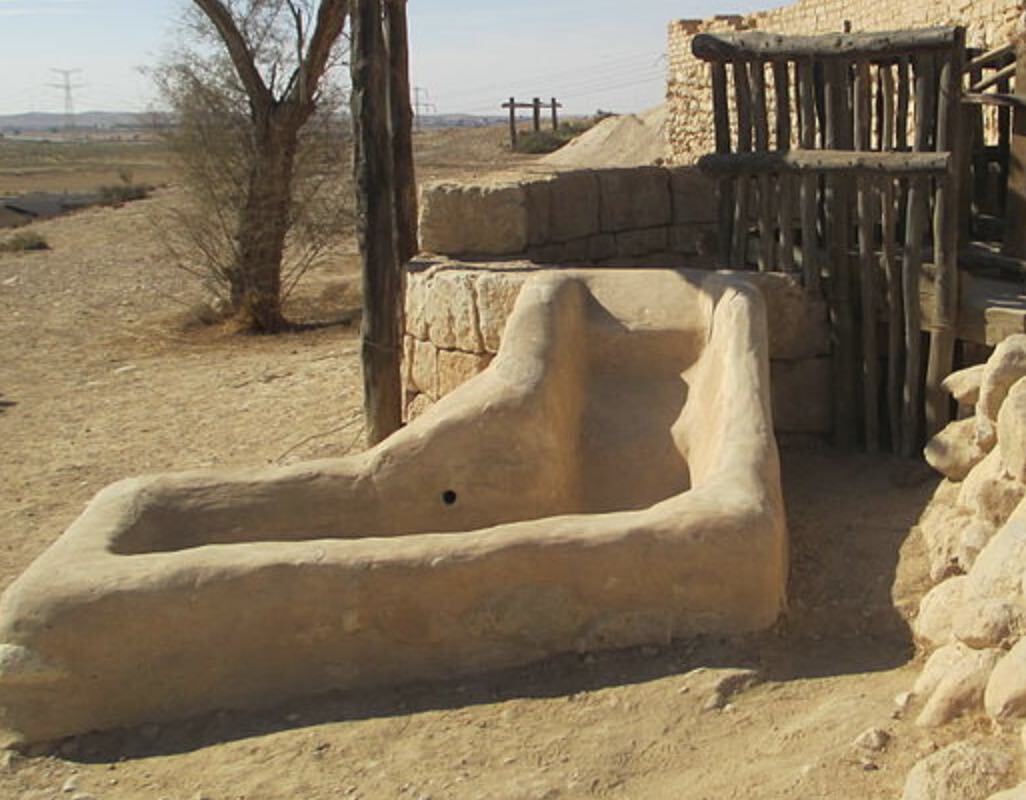 Setting: Genesis 29:1–2 paints the setting for the well. The well is in a field large enough for at least three flocks, and verse four seems to indicate that they are not near the city, since Jacob asks the shepherds where they are from. Below is the scene from iBIBLE Chapter 13 where Jacob approaches the well near Haran.