Welcome to a behind-the-scenes look at the research that goes into making each scene of iBIBLE. Let's take a look at the creation of the scene with Job's wife. 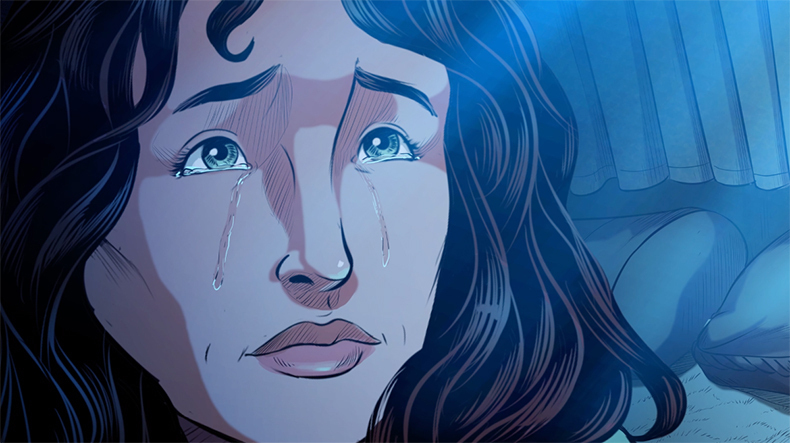 As the story of Job unfolds, we clearly see a man that suffered at the hands of Satan. The extent of his affliction includes losing his wealth, his children, his reputation, and even his health. But what of Job’s wife? Some who recall the story have assumed she dies along with their children, or that she was angry and defiant to God.

The name of Job's wife has not been given to us. Her only appearance is in a brief conversation with her husband where she challenges her husband: “Do you still hold fast your integrity? Curse God and die” (Job 2:9 ESV).

The meaning of these words became incredibly important to accurately bring the book of Job to life in iBIBLE. As we animate the story of Scripture with dramatized audio, words on a page can take on new meaning through the tone in which they are delivered. Was she angry with God and defiant toward Him? Was she trying to convince her husband to turn his back on God? Or was she conveying to her husband something entirely different?

As we animate the story of Scripture with dramatized audio, words on a page can take on new meaning through the tone in which they are delivered.

For the answers to these questions, we consulted Jewish scholars that took us back to the original Hebrew text of the book of Job.

A Mirror of God's Words

The first thing that came to light was a beautiful alignment between her words and an earlier dialogue between God and Satan. The first portion of her address to Job: “Do you still hold fast your integrity?” (Job 2:9 ESV) is a mirror of God’s words to Satan: “…He still holds fast his integrity, although you incited me against him to destroy him without reason” (Job 2:3 ESV). Although she was unaware of it, Job’s wife had repeated, word-for-word, what God had already declared about Job.

The Meaning of Barak

Next, the Jewish scholars helped us shape this scene in iBIBLE by referencing the original Hebrew text. Study of the Hebrew words in this section revealed that Job’s wife was not likely to tell him to “curse” God in anger and defiance or insinuating that God had failed him and should be cursed because of it. It’s worth recognizing that, after acknowledging his situation, she didn’t blame him for their shared loss and suffering. Instead, she acknowledged his continued integrity through it all.

She naturally would have had pity on him in all of his pain. From a human standpoint, it may have seemed to her that death was the only solution for putting an end to all the suffering, and that death would only come if he set aside his integrity and sinned by cursing God.

So, just what is it that the scholars tell us about the Hebrew word for “curse”? The Hebrew verb used by Job’s wife (that has been translated as “curse”) is barak and is used over 325 times in the Old Testament. Interestingly enough, it is most often translated “to bless.” This is the meaning of barak in the words of Satan to God about Job: “You have blessed (barak) the work of his hands” (Job 1:10 ESV). The final words of Job’s wife then, “curse God, and die,” should be considered within the translational fact that traditional words are sometimes used to express the opposite of their usual meaning. Would a woman with such intimate insight into the heart of her husband, after acknowledging his integrity, use her very next words to incite her husband with wrath and turn him against his Creator?

Job answers her by stating, "You speak as one of the foolish women would speak. Shall we receive good from God, and shall we not receive evil?" Job’s rebuke is not harsh but rather corrective in that we have to accept ALL that God chooses for us, and to think otherwise would be “foolish.” 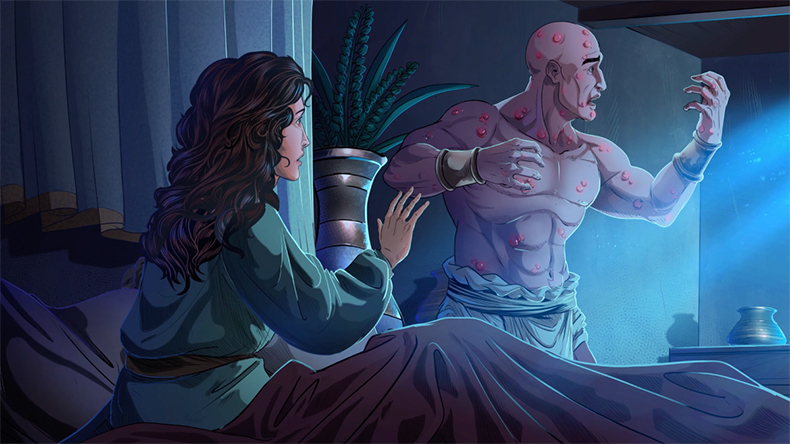 Perhaps the final chapter of the book of Job can offer even more help as we attempt to understand the heart of Job’s wife. When at last the storms of persecution have passed over Job, God declares that neither Job nor his advisory panel of friends have spoken correctly. God then orders Job’s friends to offer sacrifices because they failed to speak correctly about Him (Job 42:7,8). It’s worth noting that in the midst of God setting people straight in this passage, Job’s wife does not come under God’s censure. Instead, she experiences beautiful restoration alongside Job. In fact, she is awarded the grand blessing of bearing him 10 more children, including the most beautiful daughters in all of the land.

In iBIBLE Chapter 6, we present Job’s wife speaking to her husband with a voice of empathy and pity in the midst of deep suffering. In creating iBIBLE, the answers are not always obvious, and at times we must consult with scholars on the original written words of Scripture. It is our desire to present the one grand narrative of Scripture in a format that will bring truth to the world, even to those that cannot read, in all 7,000+ living languages.

In creating iBIBLE, the answers are not always obvious, and at times we must consult with scholars on the original written words of Scripture.

As we continue to work on iBIBLE, we seek the Holy Spirit’s guidance to help us bring all the truths in the Scriptures to their proper portrayal. Thank you for helping RevelationMedia bring iBIBLE to the world. This is a God-sized project, and it is only possible with the support of individuals and families like you.