Welcome to a behind-the-scenes look at the research and artwork that goes into making each scene of iBIBLE. Today, we look at Hagar. 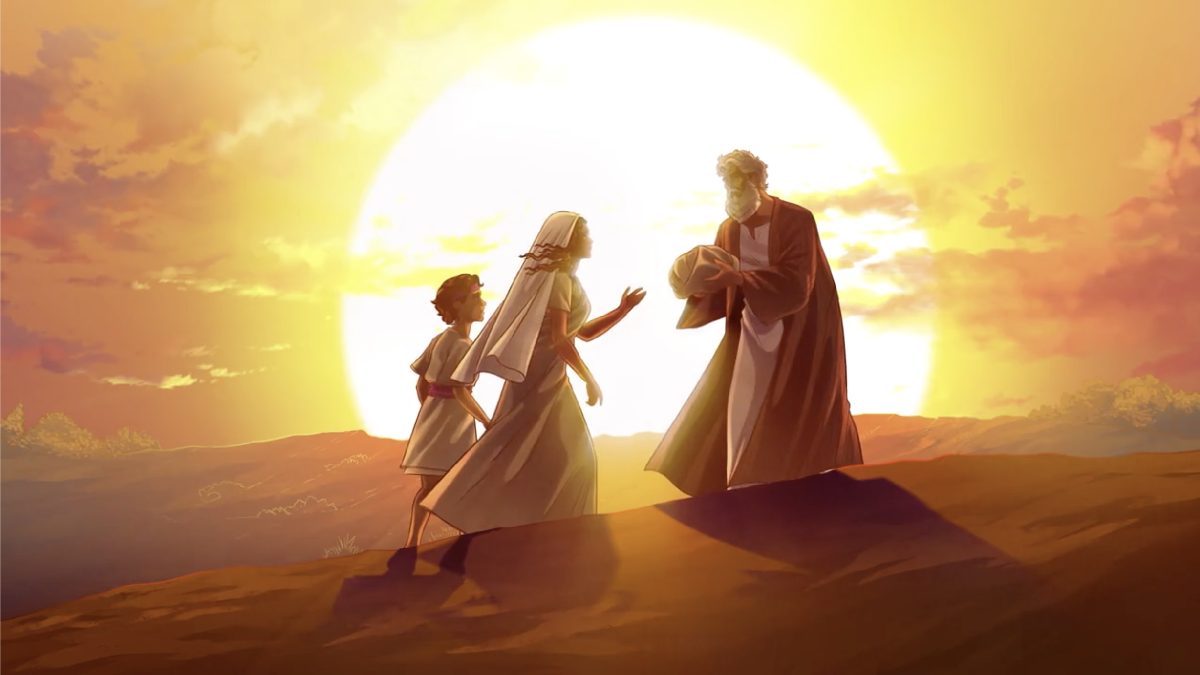 Last week, we introduced the story of Hagar, the Egyptian servant of Sarai. Sarai had given Hagar to her husband Abram to serve as a surrogate mother. Once pregnant with Abram’s child, she began to treat Sarai with contempt. This led to a conflict between Sarai and Hagar, and resulted in Hagar fleeing into the wilderness. There, an angel of the Lord spoke to her:

“Return to your mistress and submit to her…I will surely multiply your offspring so that they cannot be numbered for multitude…Behold, you are pregnant and shall bear a son. You shall call his name Ishmael, because the Lord has listened to your affliction.” —Gen. 16:9–11 [ESV] excerpted 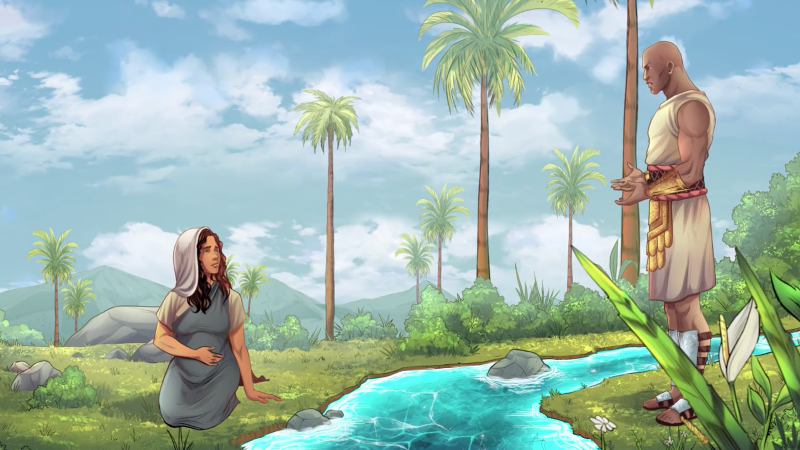 The angel speaks to Hagar by the spring

Obeying the angel, Hagar returned to Abram and Sarai, and gave birth to a son who was named Ishmael, according to the word of the Lord. The name Ishmael in Hebrew means “God hears.” God clearly heard Hagar in her time of affliction.

As years went by, God fulfilled His promise to Sarai (Sarah) and she gave birth to Isaac. During a great feast prepared by Abram (Abraham), conflict between Sarah and Hagar is renewed. 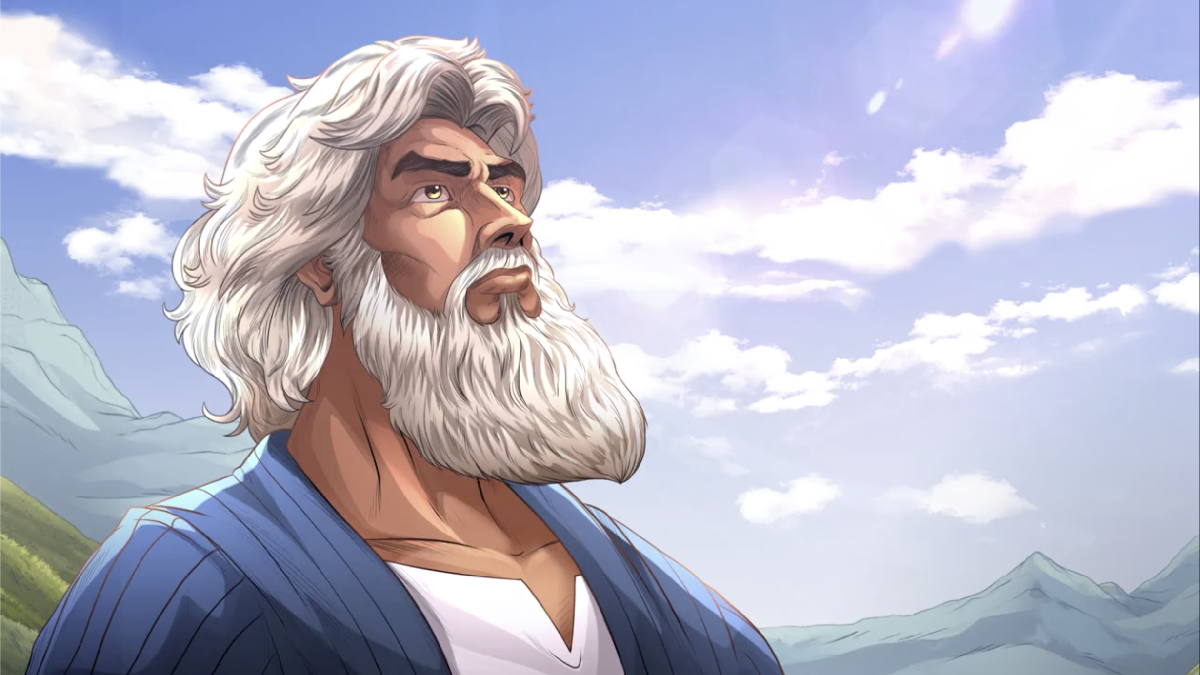 After Ishmael was born, and before Isaac was born, God changed Abram's name to Abraham and Sarai's name to Sarah.

Although Abraham was displeased and reluctant to send his son Ishmael away, God said to him,

So, Abraham woke up early in the morning, and took bread and water and gave it to Hagar. He then sent her and her son away. Hagar left Abraham and Sarah, and wandered into the wilderness of Beersheba. When the water Abraham had given to her was gone, she placed Ishmael under a bush, sat down opposite him, saying: “Let me not look on the death of the child,” and she wept.

Abraham sends Hagar and Ishmael away

However, Hagar was not alone. God heard the voice of the boy, and called to Hagar from Heaven.

“What troubles you, Hagar? Fear not, for God has heard the voice of the boy where he is. Up! Lift up the boy, and hold him fast with your hand, for I will make him into a great nation.” Then God opened her eyes, and she saw a well of water. And she went and filled the skin with water and gave the boy a drink. —Gen. 21:17b–19

Even though Ishmael was not the promised son, God, in his mercy, blessed Hagar and her son:

As promised by God, Ishmael had 12 sons who each became leaders of their own tribes. In later chapters of iBIBLE, the descendants of Ishmael—the Ishmaelites—will play a role in Biblical events including the sale of Joseph into slavery into Egypt! 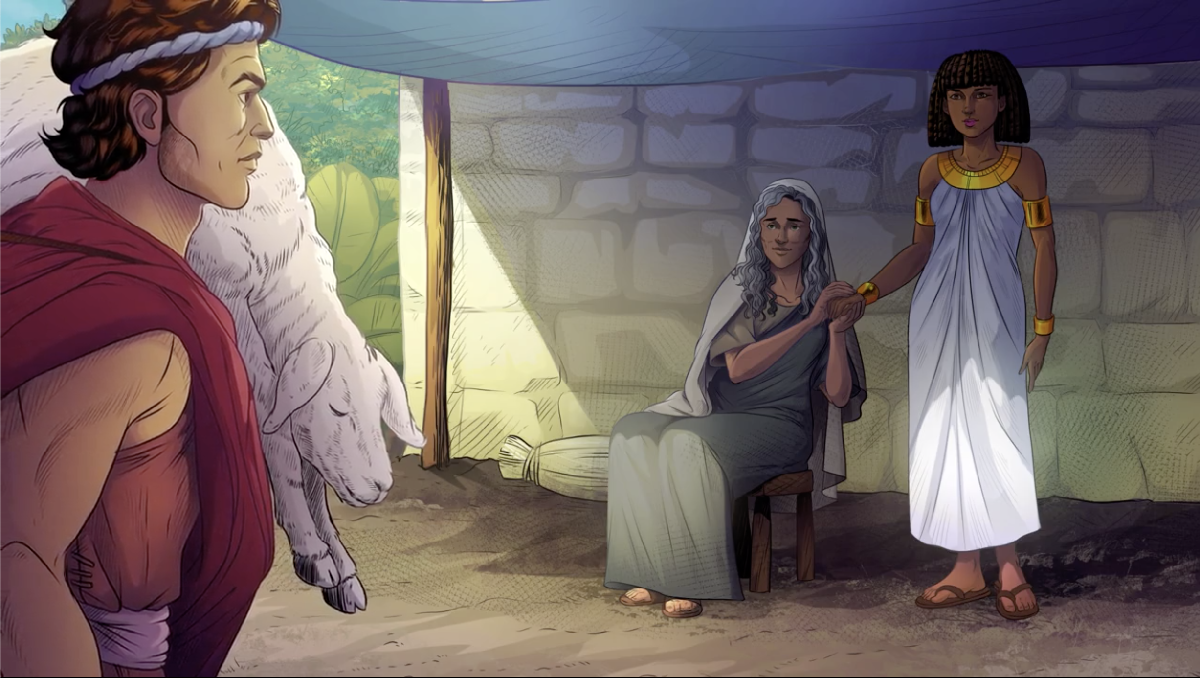 Ishmael takes a wife from Egypt

When we read the Scriptures, it can be difficult to connect all the pieces. However, when we see, hear, and read the Biblical narrative, all the events of Scripture come to life like never before. iBIBLE is the first production of its kind to offer a visual and interactive Bible that will be made available for free to the world. Thank you for your prayers and your support!