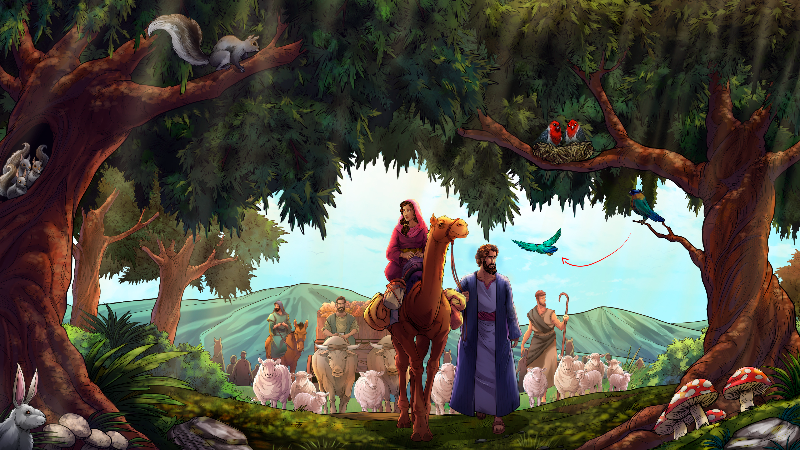 As our artists continue to work on new chapters of iBIBLE, new artwork is being finalized. Today, we invite you to check out five new pieces of iBIBLE art that have not yet been released. As you can see, there is a lot to look forward to with upcoming chapters: new characters, new landscapes, and even a war!

In recent weeks, we have received our first reports from Iran about the effectiveness of iBIBLE on the missions field. One of the most common responses from Iranians in the underground church network is that the beautiful artwork has made iBIBLE appealing to children, to the illiterate, and even to traditional Muslims! People who have never engaged with Scripture before are asking for more chapters of iBIBLE because they want to know more about God's Word.

We are so excited to bring this God-sized project to you, your kids and grandkids, and to the whole world.

The opening shot from when Abram leaves Egypt after getting his wife back. From iBIBLE Chapter 11.

In Egypt, Sarai had been taken into the house of Pharaoh when Abram insisted that she was his sister (Genesis 12:13). The Lord protected Sarai from any harm, and when Pharaoh found out that she was Abram's wife, he sent them away. This image shows Abram, Sarai, and all of their company as they came up out of Egypt and traveled into the Negeb. They traveled as far as Bethel where Abram had set up an altar before (Genesis 13).

Abram, Sarai, and all of their company arrive at the oaks of Mamre. From iBIBLE Chapter 11.

After Lot and Abram separated, the Lord called out to Abram and said,

Abram, Sarai, and all of their company then arrived at the oaks of Mamre, which were at Hebron, to settle. And Abram built an altar to the Lord there.

The four kings defeat the five kinds and sack Sodom and Gomorrah. From iBIBLE Chapter 11. 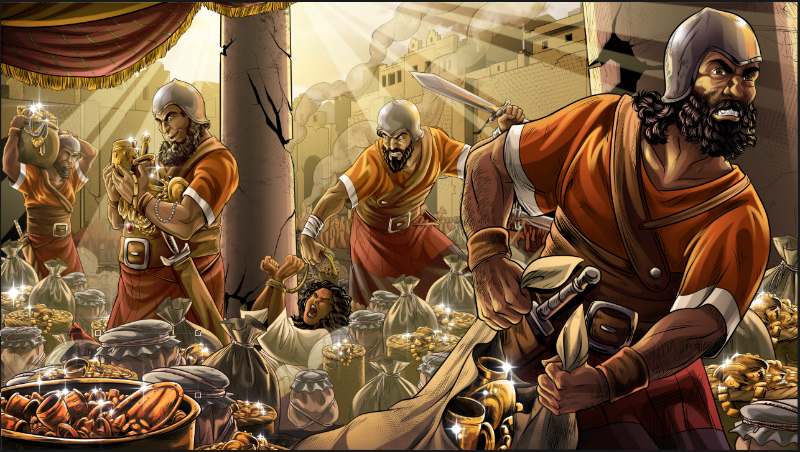 Lot is carried away into captivity. From iBIBLE Chapter 11. 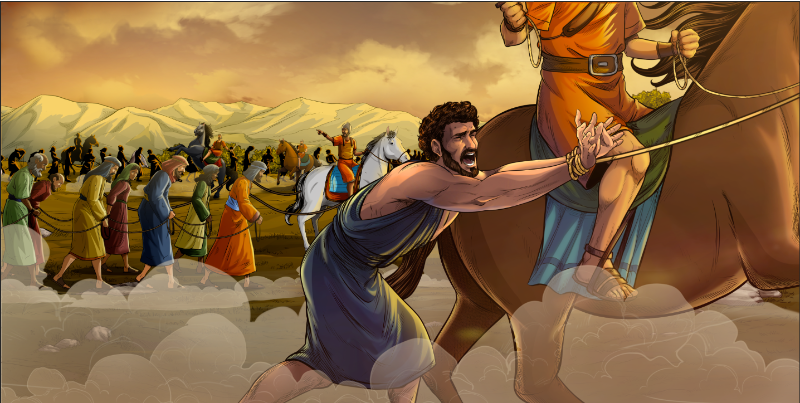 After the four kings took the wealth and possessions of Sodom and Gomorrah, they also took Lot, the son of Abram's brother, who was living there and carried him away.

Abram and his company attack the camp of the kings. From iBIBLE Chapter 11. 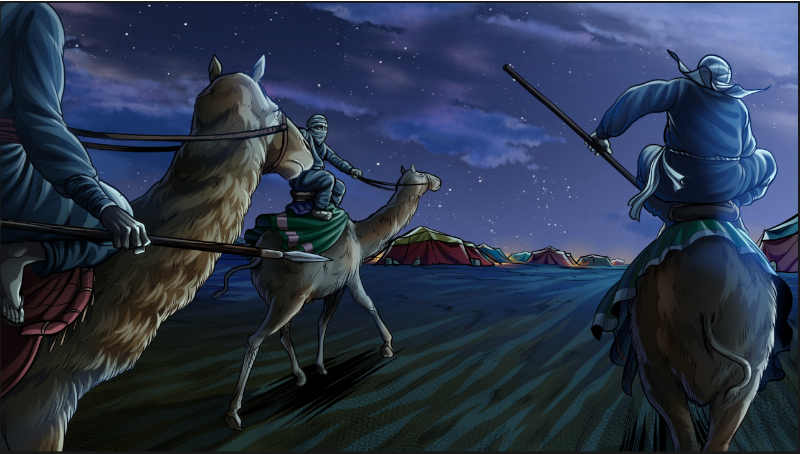 When one man escaped from being captured by the kings, he reported to Abram that Lot had been taken. After Abram heard of this, he gathered his warriors and his allies. Under the cover of night, they attacked the camp of the kings. He recovered all of the possessions that had been taken, all the people who had been captured, and rescued his nephew Lot (Genesis 14:13–16).

We hope that you enjoyed this sneak peek of new art from Chapter 11 of iBIBLE. We are so grateful for your support through prayer and financial gifts as we seek to bring God's Word to the whole world.

Each day, the first ever visual and interactive presentation of the Scriptural narrative, translated into the languages of the world, is being written, produced, completed, translated and shared. Thank you for your partnership as we continue this journey together.