As we make our way through the epic scenes in the Bible, we come to a dramatic moment that’s known by children and adults alike: Jonah and the big fish!

To determine what kind of sea creature to use for this well-known scene, we went back to the original texts to see what they say. In English, we read:

And the Lord appointed a great fish to swallow up Jonah.

The ancient Greek word used in this passage for “fish” is “κῆτος" or "KETOS” which means "sea monster" or "a huge fish." The word can be use describe either a whale or great fish. Many children’s resources illustrate this creature as a whale. Perhaps that is because when we think of a water animal large enough to swallow a man, we tend to think of a whale. For iBIBLE, we went with the more traditional meaning behind the word, which also aligns with the original Hebrew text, dāḡ, meaning "fish." 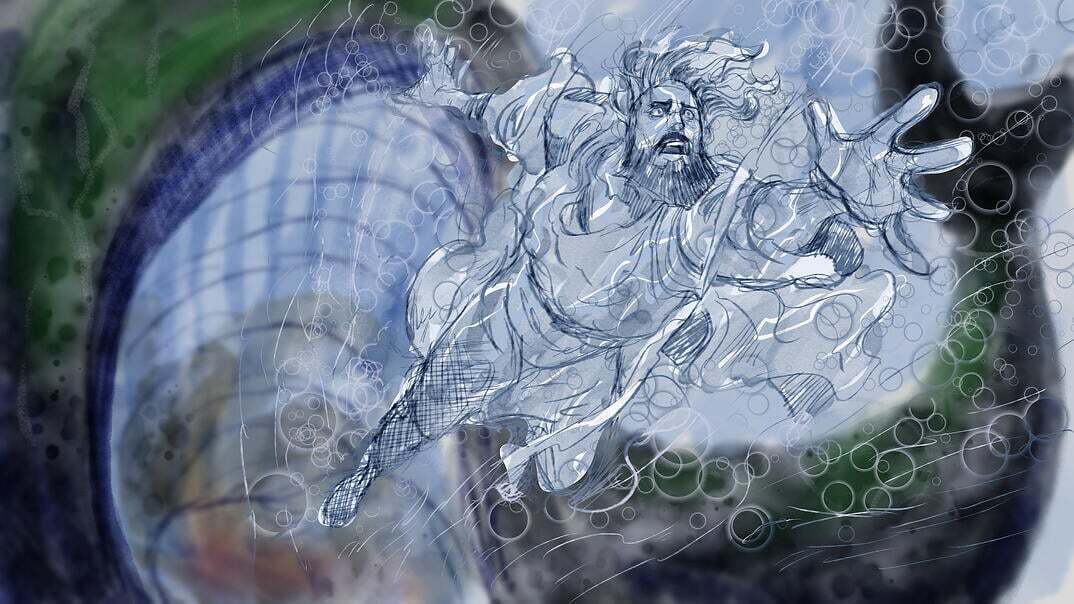 With the intent of being as accurate to Scripture as possible, we chose not to illustrate the great fish as a whale. There are few fish today that grow large enough to be able to swallow a man. We loosely based the fish in this image on a grouper fish. These fish grow to be extremely large, and they made a good base for the image. 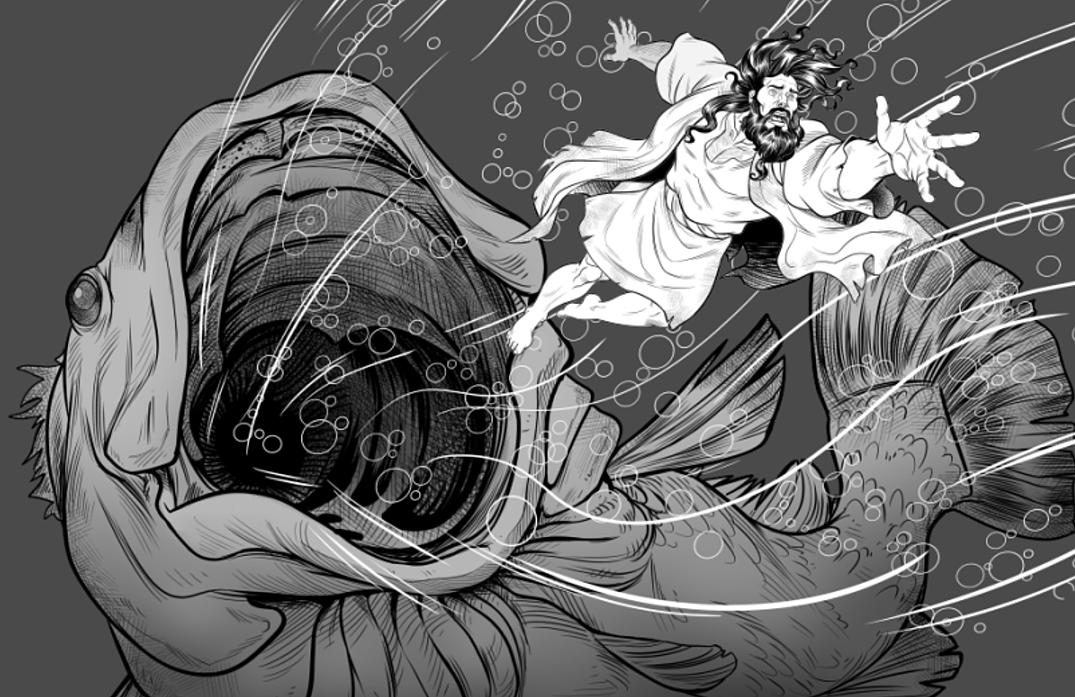 To display the urgency of the scene, Jonah is shown trying to escape from the fish sent by the Lord. It is the moment before he is to be swallowed. Jonah is pulled toward the open mouth of the fish, showing his expression as he struggles to swim upwards to no avail. 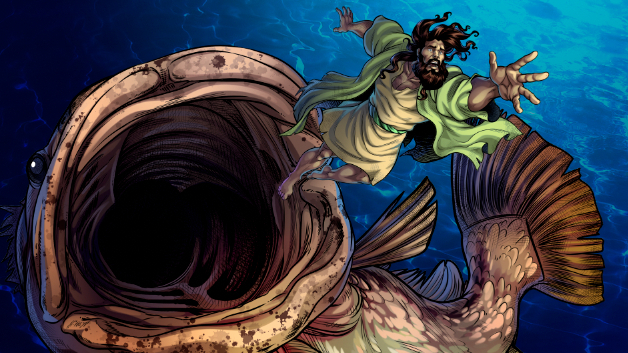 We hope that you enjoyed seeing the process for one of the most epic scenes of the Bible. Thank you for your prayers and support as we continue our work to bring the entire Biblical narrative to the world through iBIBLE. Please consider coming alongside us as an iBIBLE Producer with a monthly donation to help us script, animate, produce, translate, and distribute iBIBLE.