As Jacob returned to the Promised Land, something horrific happened to his daughter Dinah. Because the purpose of iBIBLE is to illustrate the entire narrative of Scripture, we must also include the painful events that are revealed in God’s Word alongside the Bible stories that are popular and easier to read. In iBIBLE Chapter 21, we see the violence against Dinah and how the sons of Jacob retaliated. As we begin to explore this story, we first look at the animation of the city of Shechem—the backdrop of the story of Dinah. 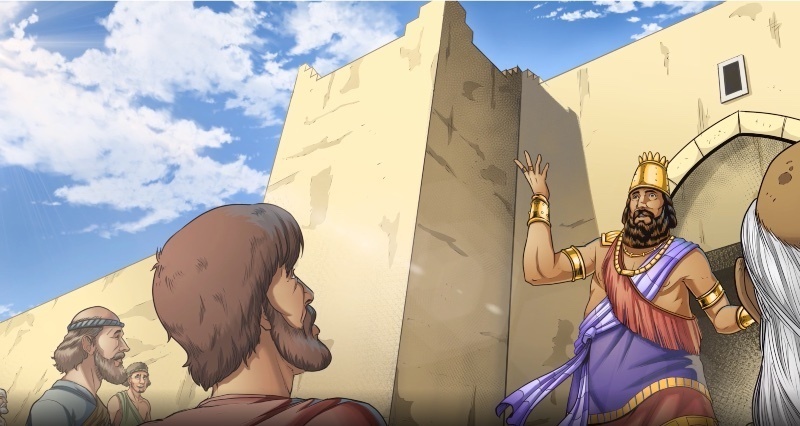 This story begins with Jacob’s family moving through Canaan. They settled for a time near the city of Shechem, where Jacob then purchased land.

And Jacob came safely to the city of Shechem, which is in the land of Canaan, on his way from Paddan-aram, and he camped before the city. And from the sons of Hamor, Shechem’s father, he bought for a hundred pieces of money the piece of land on which he had pitched his tent. —Gen. 33:18–19 [ESV]

The city of Shechem plays a major part in the story of Dinah and future iBIBLE stories, and we wanted the design to be as accurate as possible. Oftentimes, we don’t have much information to go on, and we must rely on what we can best determine from the architectural and cultural style of the day. For Shechem, we used archeology to help us be more detailed and accurate in our depiction.

The location and ruins of the ancient city of Shechem are known and well-documented, so we had a lot of reference material. We compiled information to create a concept design including topography, aerial shots, and pictures of specific parts of the city.

The remains of the city show us that Shechem was in a valley between two mountains: Mt. Gerezim and Mt. Ebal. Many portions are still discernible. These sections include: part of the outer wall, portions of the gate, the temple of Baal, and the foundations of many houses. This gives us a decent amount of information to depict the city in iBIBLE.

Below are some of the images used by the iBIBLE team to build the city of Shechem. 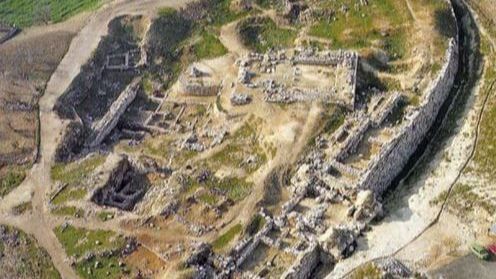 Ruins of Shechem (images posted by bibleplaces.com and biblestudieswithrandy.com) 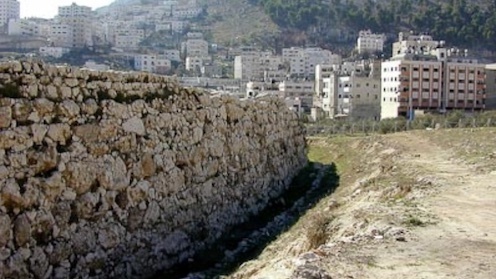 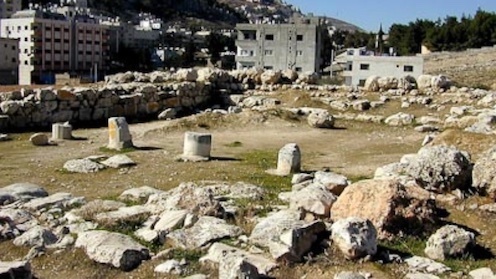 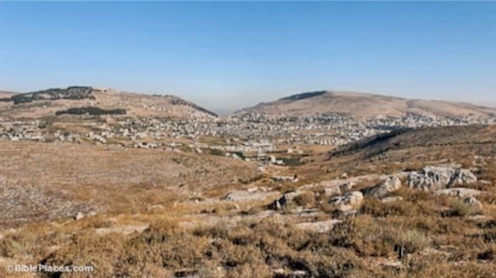 After several iterations, this is what our city concept design looked like. (Note: since we will not need to illustrate the entire city, some sections are represented as blocks). 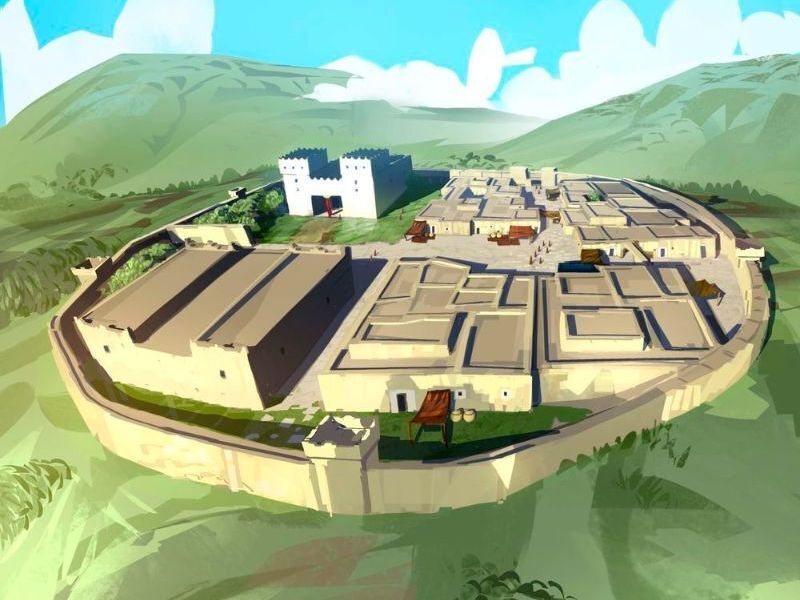 Then, we put this into final art! In this image, we see the city in the distance as Jacob paid the sons of Hamor for the land he was purchasing. 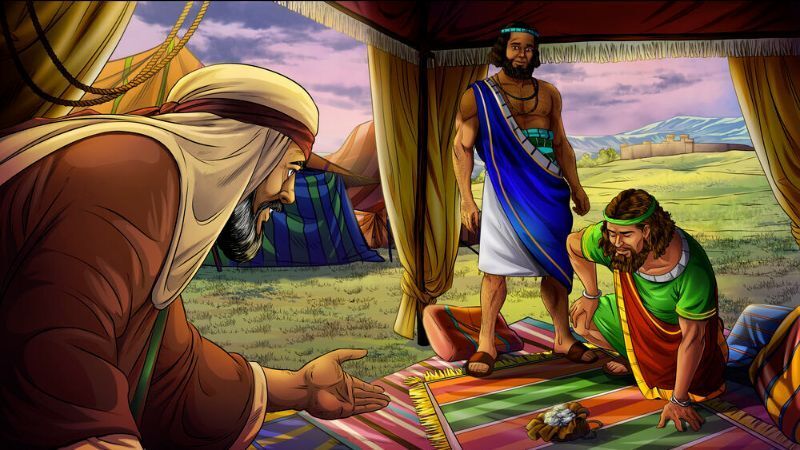 Over the next few weeks of iBIBLE Behind the Scenes, we will see more portions of the city of Shechem as we cover the story of Dinah.

It is a blessing to be able to delve into the Scriptures and depict them faithfully in iBIBLE. When finished, iBIBLE will be the world’s first complete narrative of the entire Bible and will break literacy and engagement barriers. Thank you for partnering with us as we complete this incredible task and bring the Word of God to people living in America, around the world, and the global missions community for FREE!