There are many epic scenes throughout the Bible that capture our attention, and many of them are in Genesis. When Adam and Eve took that first bite of the forbidden fruit, when Noah built the ark, and when the tower of Babel was built are just a few examples. While the iBIBLE team is currently animating the book of Genesis, there are some scenes later in Scripture that we are excited to bring to life.

As we look ahead to moments that occur later in the Divine narrative, we have decided to illustrate a few of these epic scenes and share a glimpse of the moments that will appear in future chapters of iBIBLE. Today, we look at David and Goliath. 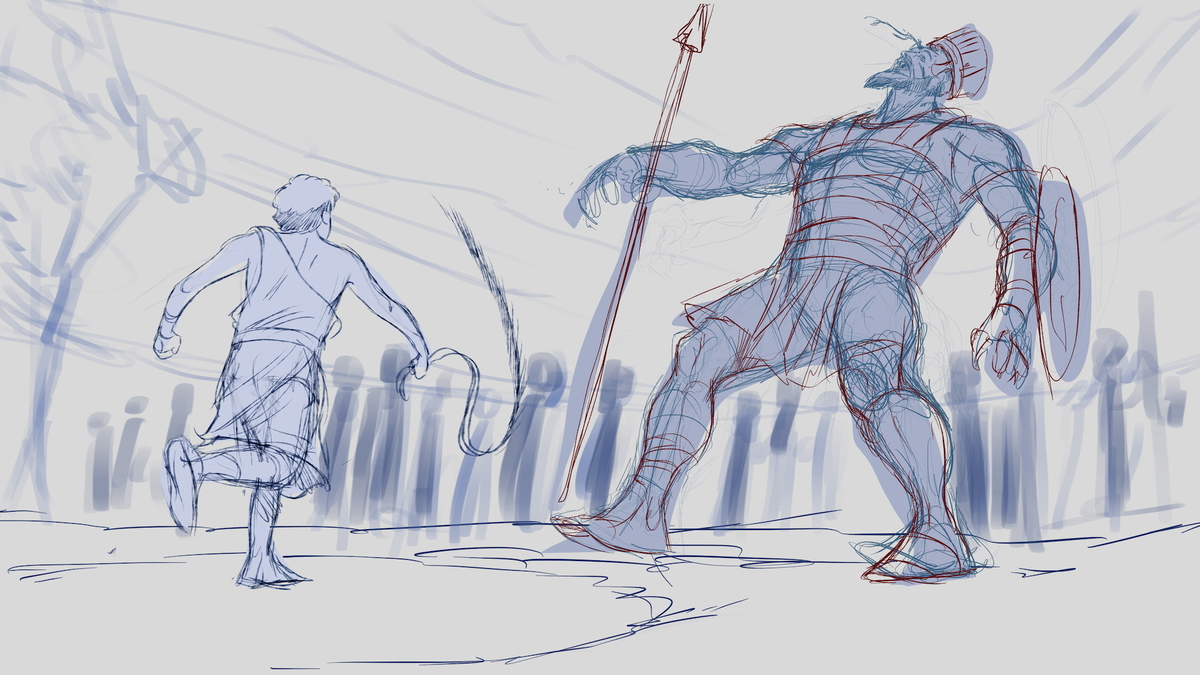 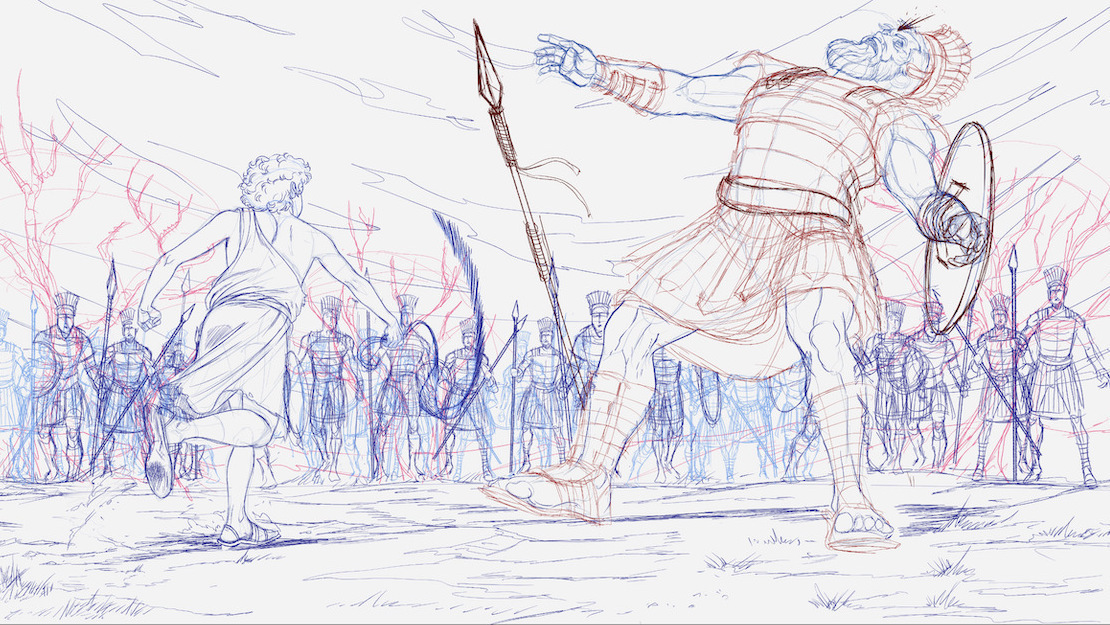 As you look at the images, you will see that the chosen scene is the moment that David releases the stone from the sling and Goliath is struck on the forehead. In this moment, He is beginning to fall. You can see the power of the moment—the young shepherd boy versus the armor-clad giant. Philistine soldiers stand in the background, startled, seeing their hero coming down. 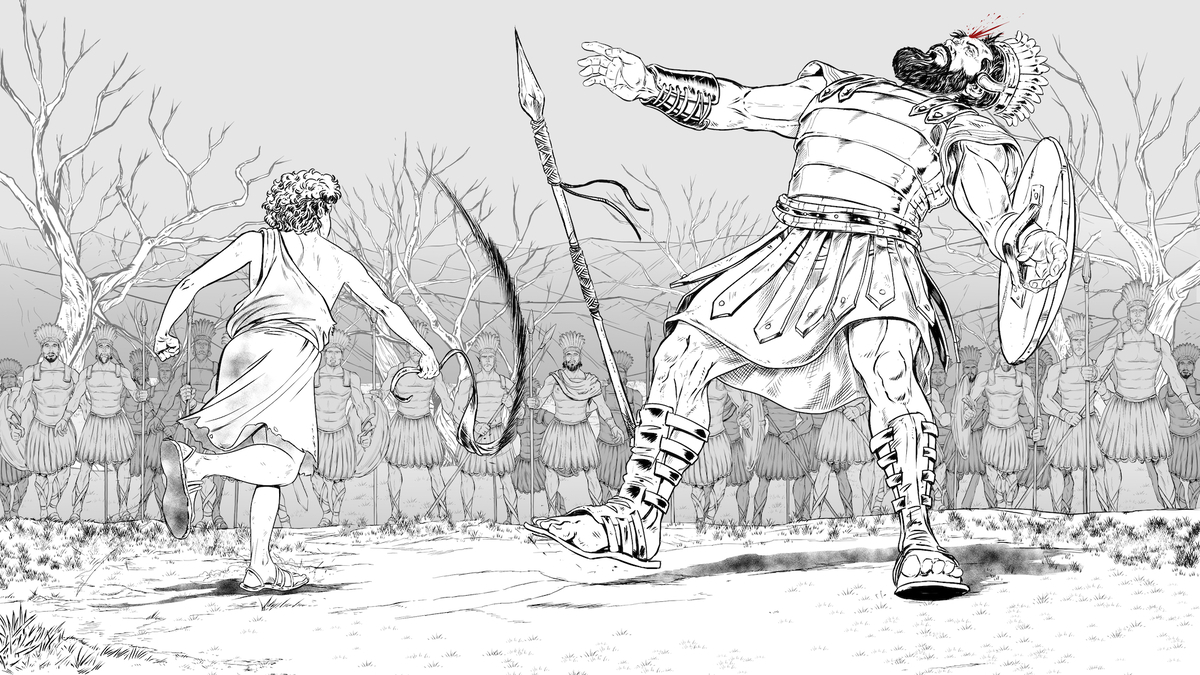 We chose a low camera angle to help dramatize the difference of size between the giant and David. Through the use of camera angle and perspective you can see force and momentum in the moment, even before any animation takes place. 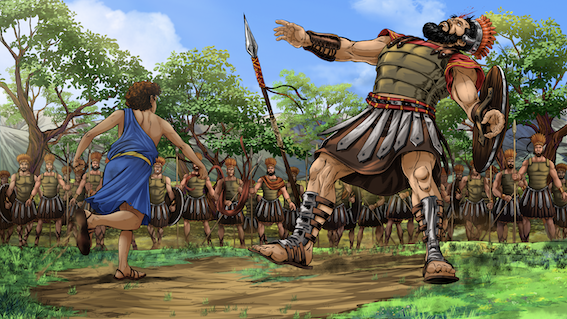 As we get closer to the creating the story of David, the research team will undoubtedly uncover new information. The script and images will have rigorous review to make sure every component of the scene is accurate to the Biblical story and incorporates archeological findings from the time period. While the image will likely be updated before it makes its appearance in iBIBLE, we hope you enjoy looking ahead with us at one of the epic moments of Scripture.

Thank you for your prayers and support as we continue our work to bring the entire Biblical narrative to the world through iBIBLE. Please consider coming alongside us as an iBIBLE Producer with a monthly donation to help us script, animate, produce, translate, and distribute iBIBLE.