Welcome to a behind-the-scenes look at the research that goes into making each scene of the iBIBLE. Let's take a look at the study behind Jacob crossing the Euphrates.

Laban had gone to shear his sheep, … and Jacob tricked Laban the Aramean, by not telling him that he intended to flee. He fled with all that he had and arose and crossed the Euphrates, and set his face toward the hill country of Gilead. (Genesis 31:19-21)

When Jacob left Haran, he was in a hurry. He knew that he needed to get as much distance as possible between himself and Laban. But he was not alone. In Chapter 14 of iBIBLE we had to answer a big question. How did Jacob cross the Euphrates river, with all he brought as he fled from Laban?

We don’t know the exact size of Jacob’s camp, but we do know that he was wealthy.

Thus the man increased greatly and had large flocks, female servants and male servants, and camels and donkeys. (Genesis 30:43)

Why was he running? Because he knew that if he tried to leave any other way, Laban was apt to try something. Laban had cheated Jacob, removing all the spotted and speckled sheep he owned right after agreeing to give them to Jacob as his salary (Gen 30:35). He also changed his wages multiple times. Jacob puts it succinctly a little later when Laban catches up with him:

These twenty years I have been in your house. I served you fourteen years for your two daughters, and six years for your flock, and you have changed my wages ten times. If the God of my father, the God of Abraham and the Fear of Isaac, had not been on my side, surely now you would have sent me away empty-handed. (Gen 31:41-42)

Jacob is running away. While we don’t know everything he had, scripture tells us a lot of what and who did travel with him:

What do we know Jacob has?

Flocks and herds of sheep, goats, camels, donkeys, and cattle, and these are substantial enough that he can afford to give a gift to Esau of nearly 600 animals (Gen 32:13-15) and say “Please keep them, because I have enough (Gen 33:11)”.

Servants: enough to handle the different flocks of (probably) thousands of animals.

This is a significant sized tribe on the move.

How does this tribe get across the Euphrates? The Bible doesn’t say. So how do we illustrate this event? We start by looking at what we do know.

About the Euphrates River 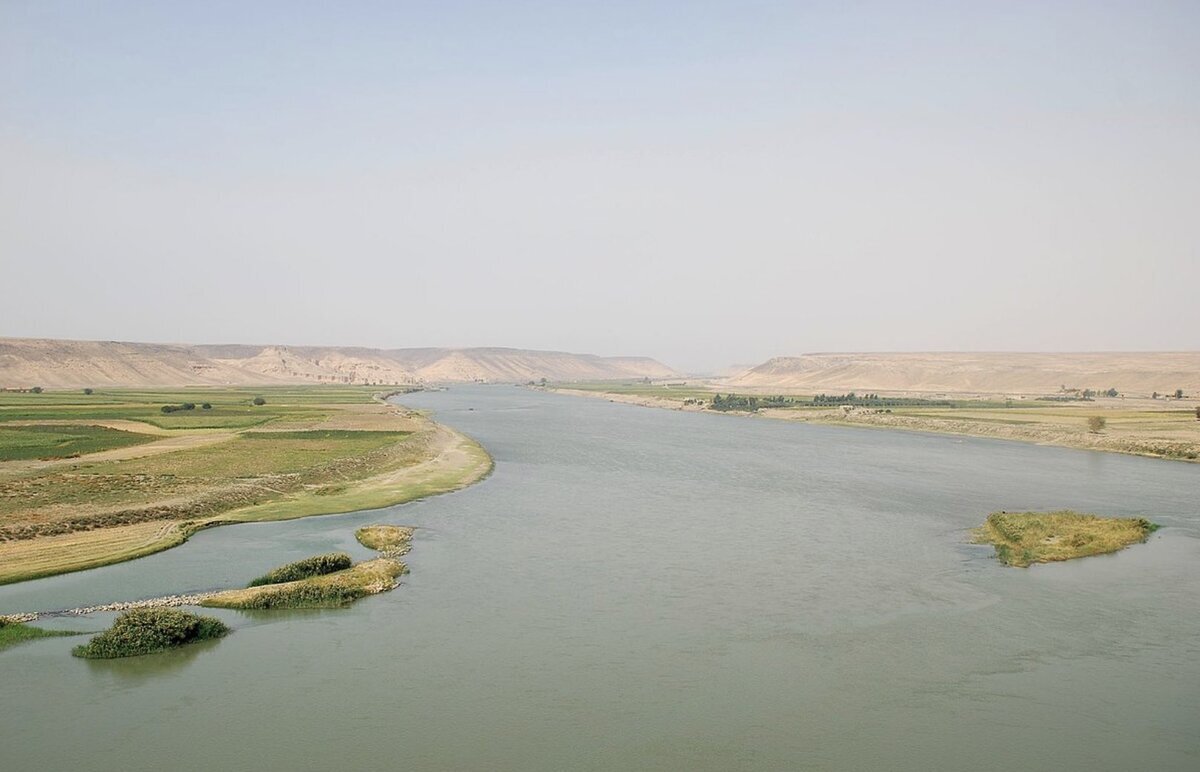 Ways to Cross
It does not seem that there were any bridges across the Euphrates in the north of Mesopotamia, so we had to look at what the other alternatives were for crossing the river. We know that there was commerce up and down the Euphrates. So what types of boats were used?

Coracles: made of animal skins and covered with bitumen to make them watertight. They were paddled or floated with the current. 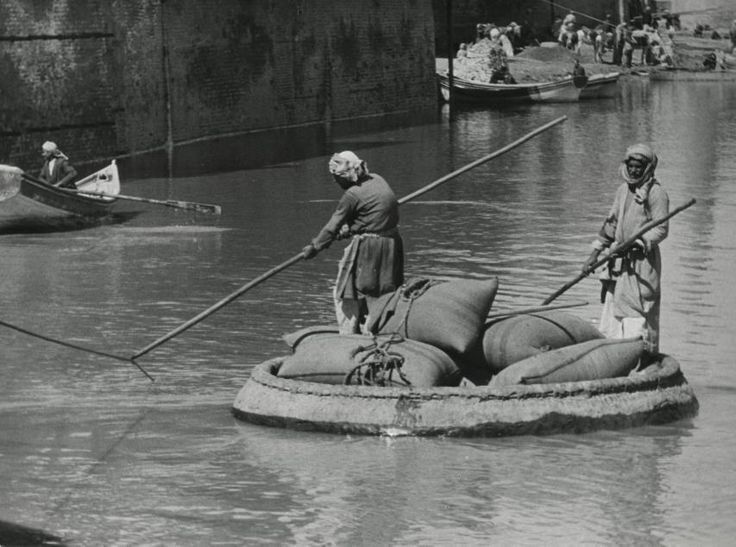 River Boats: These boats were usually made of bundles of reeds lashed together with rope and sometimes covered with a layer of bitumen. 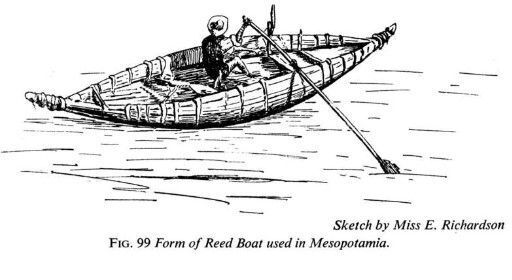 Rafts: were used to transport goods downstream. The rafts were made of a log platform on top of inflated animal skins. 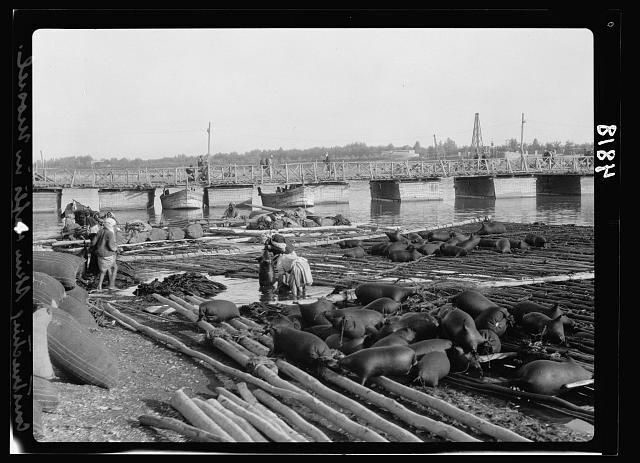 Swimming: We originally considered having the animals loaded onto rafts, but then the idea of potentially thousands of animals being loaded onto rafts didn’t seem to make sense. So we researched if all of the animals that the Bible listed with Jacob could swim. It turns out, they all can! 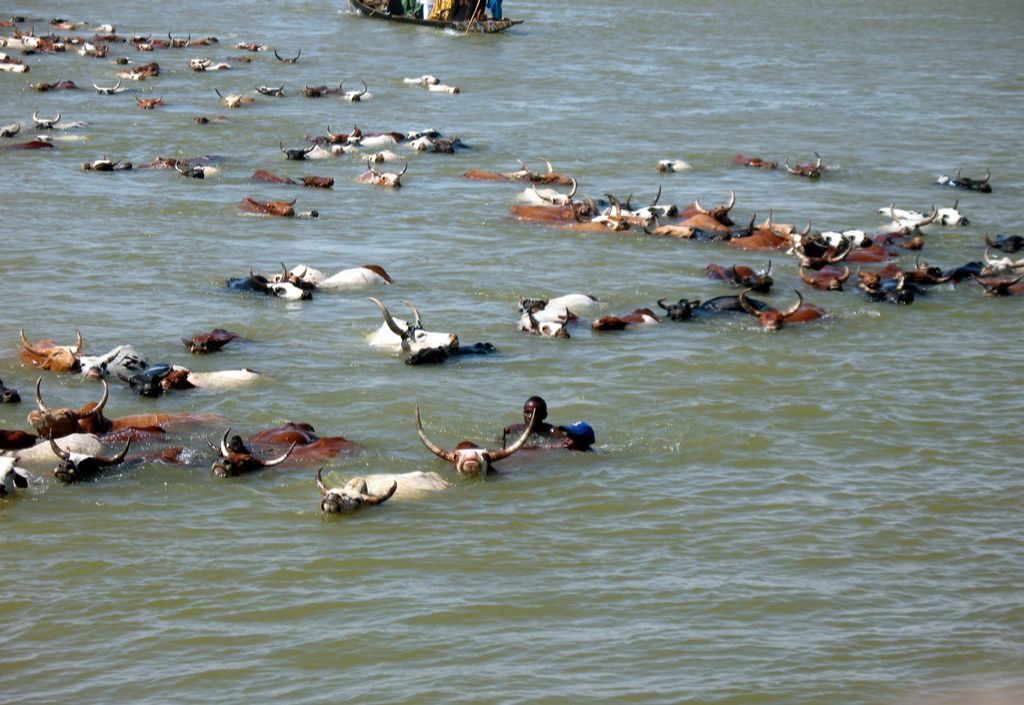 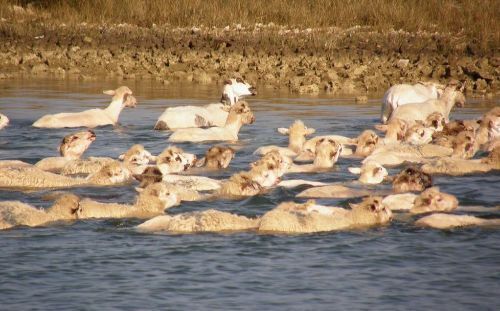 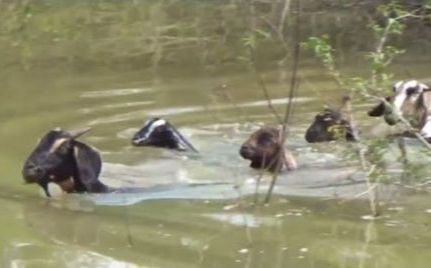 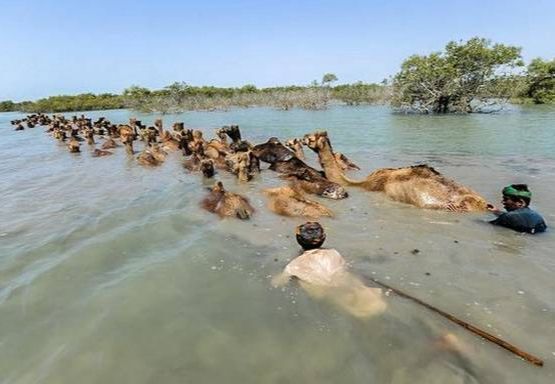 In the end, this is how we chose to illustrate it: Jacob's family and belongings going across by boat, the animals swimming through the water. This also fits best with the idea of everything being done in great haste! 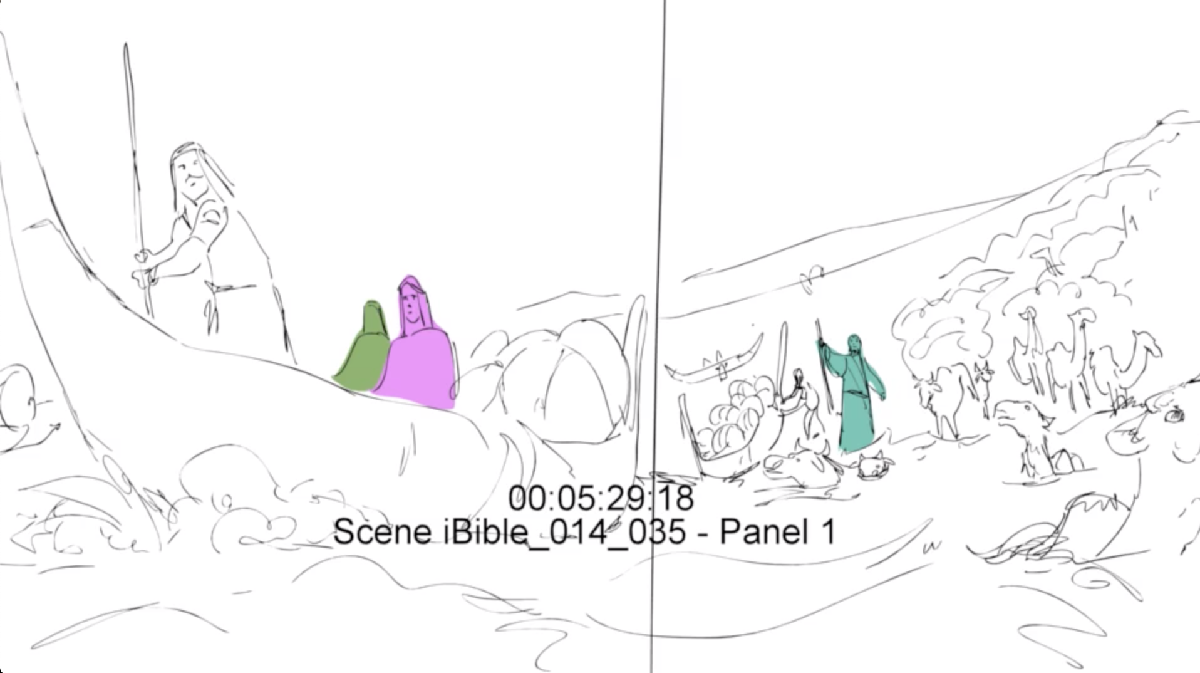 And here is the final version!