Welcome to a behind-the-scenes look at the research that goes into making each scene of the iBIBLE. Let's take a look at the study behind animating Behemoth. 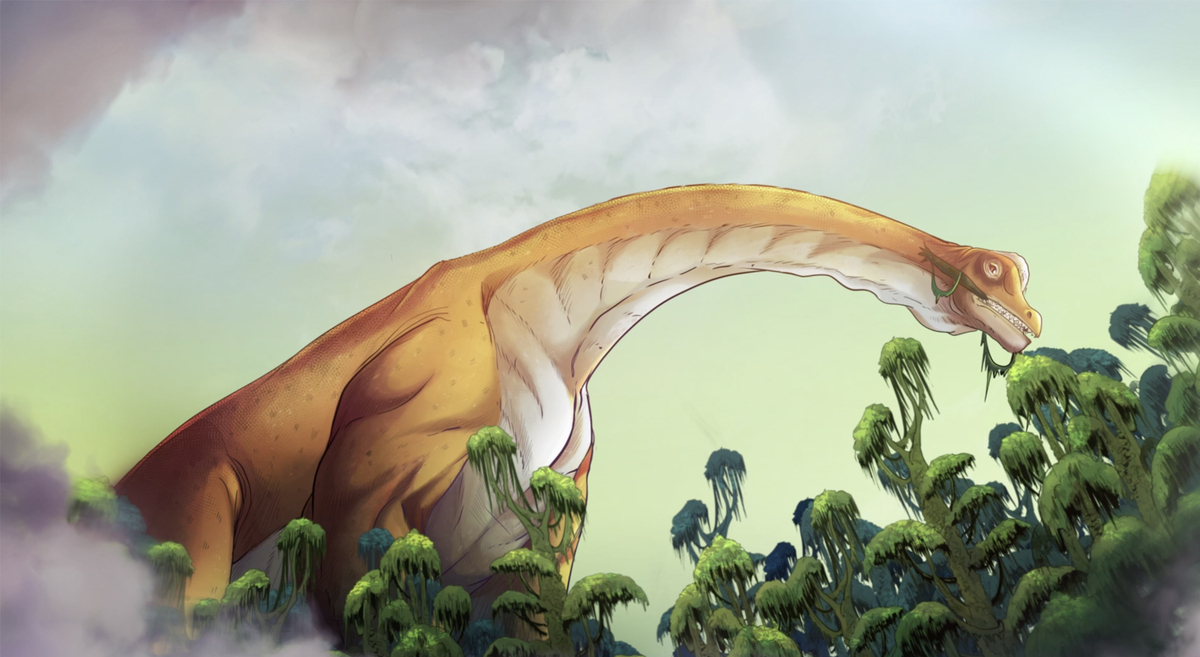 Two great creatures, Behemoth and Leviathan, are described by God in Job. Some commentators have suggested Behemoth was an elephant or hippo, but the description simply doesn’t match. In iBIBLE chapter 7 the second half of the book of Job comes to life. How then did we determine the design of the mighty Behemoth?

You would think that we should be able to figure out what animal it is by reading the description, determining the specifics, and then looking at fauna from the region where we know Job could have been (somewhere in the Fertile Crescent).

What do we know? Description of the Behemoth (Job 40)

Prominent/strong stomach: his strength is in his loins, and his force is in the navel of his belly. (vs. 16)

Very sturdy bones/muscular structure: the sinews of his stones are wrapped together. His bones are as strong pieces of brass; his bones are like bars of iron. (vs. 17-18)

Significant in creation: He is the chief of the ways of God (vs.19)

Gets his food from the mountains: Surely the mountains bring him forth food, where all the beasts of the field play. (vs. 20)

Rests in the marshes: He lieth under the shady trees, in the covert of the reed, and fens. The shady trees cover him with their shadow; the willows of the brook compass him about (vs. 21 - 22)

He is very large: Behold, he drinketh up a river, and hasteth not: he trusteth that he can draw up Jordan into his mouth. He that made him can make his sword to approach him (vs. 23, 19)

There have been some attempts to make this fit with some contemporary animals:

The Hippopotamus comes close but doesn’t get his food from the mountains and definitely does not have a tail big like a tree.

The Crocodile also comes close but is not a vegetarian, and there is nothing particularly impressive about it’s stomach.

The Elephant is potential, but again, the tail is not right. And one might venture a guess that God would have mentioned it’s nose and tusks when describing it.

So no currently living animals fit. But what about animals that are no longer alive today? A Brontosaurus would definitely fit all of these things perfectly.

Illustration of Brontosaurus used as reference

iBIBLE Chapter 7 Behemoth front and back 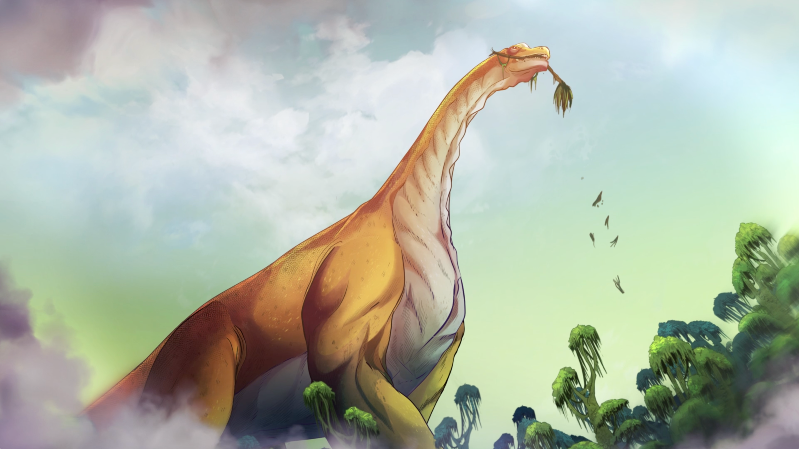 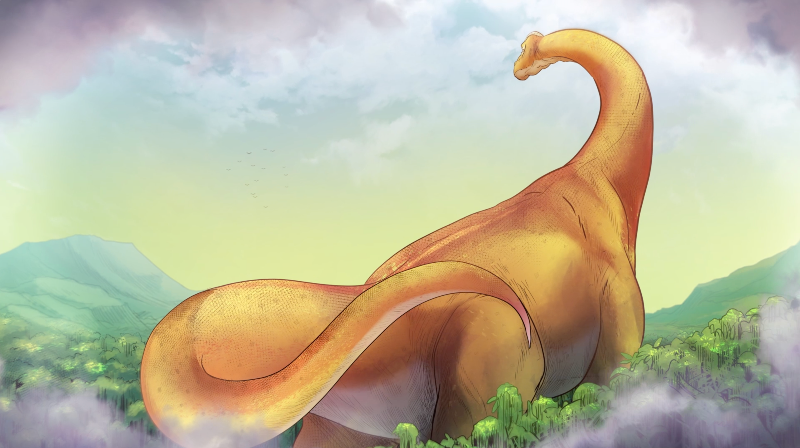 It is incredible that God uses the illustrations of many animals that we know and are familiar with, describing them in such great vivid detail that we feel that we are there, seeing the animal ourselves. Like this passage about the war horse:

Have you given the horse strength?
Have you clothed his neck with thunder?
Can you frighten him like a locust?
His majestic snorting strikes terror.
He paws in the valley, and rejoices in his strength;
He gallops into the clash of arms.
He mocks at fear, and is not frightened;
Nor does he turn back from the sword.
The quiver rattles against him,
The glittering spear and javelin.
He devours the distance with fierceness and rage;
Nor does he come to a halt because the trumpet has sounded.
At the blast of the trumpet he says, ‘Aha!’
He smells the battle from afar,
The thunder of captains and shouting. (Job 39:19-25)

So vivid you can hear the horse snorting and the quiver rattling!

This tells us that God is describing things that Job was familiar with and had seen. And right at the end of this list of animals that the audience (Job and we) know and can picture, he adds in the crescendo: Behemoth! The most impressive land animal.

Job is currently slated for chapters 6 and 7 of iBIBLE, with the first version scheduled to be released later this year. We are so excited the bring every aspect of God’s divine plan to life, including His creation of dinosaurs!