Recently, we shared a "Behind the Scenes" email with you about enhancements to the animation of smoke and fire as they appear in iBIBLE. Today, we are pleased to share with you another area in which iBIBLE animation has taken a leap forward: the animation of water.

The art team is currently working on final animation for iBIBLE Chapter 7. At the end of this chapter, Abram goes down to Egypt and sees the Nile River for the first time. Take a closer look at this scene with us…

See the first round of animation for this scene below. 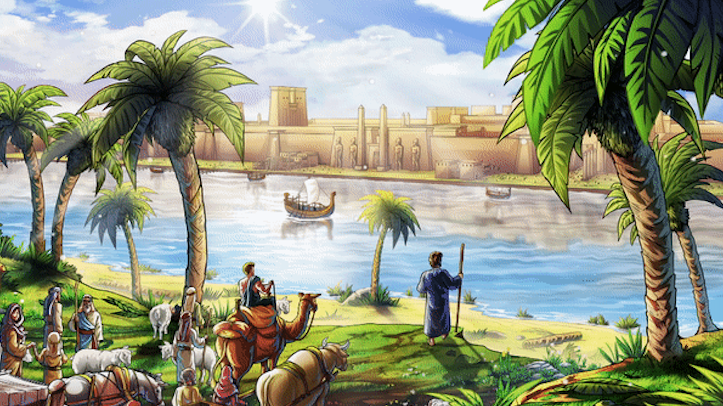 While working on iBIBLE Chapter 7, the team received a message from an artist named Chad J.W. Anderson who has been following along with the release of iBIBLE and wanted to bring value to the Divine narrative. We had improved our smoke and fire, but there was an element that could really use some skill: water. This very talented artist raised his hand to help! (Read more about Chad at the bottom of this email.)

We just received the updated scene from Chad, and we are excited to share it with you today. There are details in animating water that the normal eye may not pick up on right away. But those details bring an image from good to great. Can you spot the differences between the original scene and clip from the final animation below?

Here are a few details to look for: 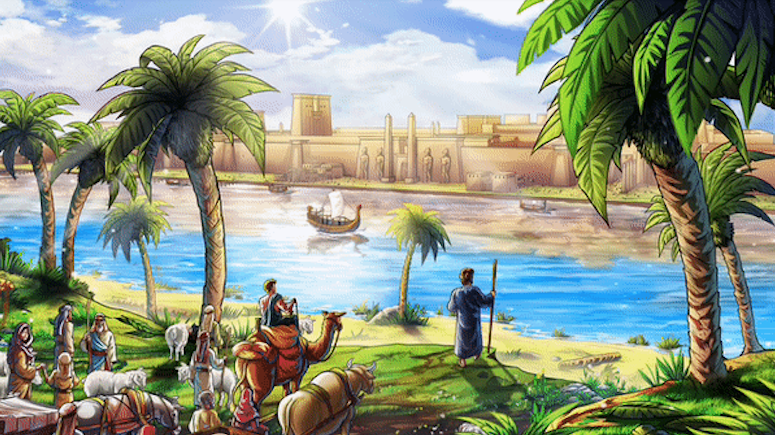 Thank you for joining us as we work toward completing the first ever presentation of God’s Divine narrative. Share the powerful story presented in iBIBLE with your friends, family, and even your entire church. And prayerfully consider making a contribution today in support of this God-sized project.

Chad J.W. Anderson is a motion graphics artist, designer, and 3D animator. He has worked on many TV shows including: The Voice, Grammy Awards, Emmy Awards, Academy Awards (Oscars), and many more. We are thankful for his part in helping to create iBIBLE.