The Restoration of Job

The Restoration of Job

Welcome to a behind-the-scenes look at the research and artwork that goes into making each scene of iBIBLE. Let's take a look at the restoration of Job. 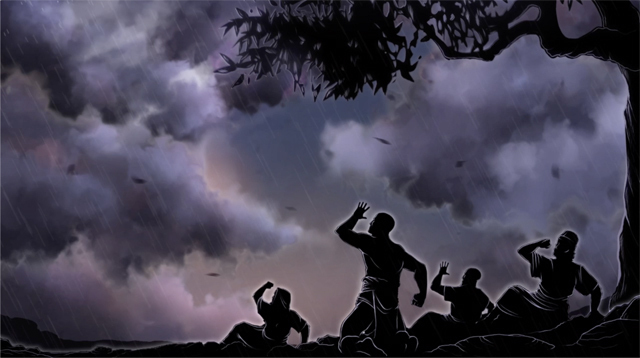 Over the past few weeks, we have looked closer at the tribulation of Job in chapters 6 and 7 of the Behind The Scenes of iBIBLE series. This week is the conclusion to this series.

In review, Job’s three friends tried to convince Job that he had sinned, and that his sin had resulted in his suffering. They contended that God would never let a righteous man suffer. Elihu comes on the scene and doesn’t agree with Job’s three friends, stating that Job’s failure came when he attributed righteousness to himself, rather than to God, his Creator. It is then that God speaks and challenges Job, who had dared to question God. Job responds to the Lord in repentance. 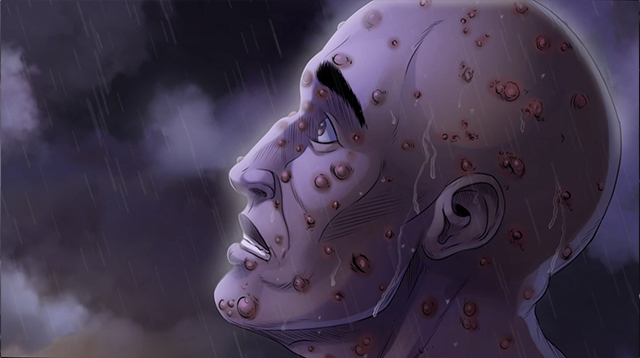 "I had heard of you by the hearing of the ear, but now my eye sees you; therefore I despise myself, and repent in dust and ashes."
-Job 42:5-6 [ESV]

God responds by acknowledging Job’s repentance, and by stating His anger against Job’s three friends; "My wrath is kindled against you [Eliphaz] and against your two friends; for you have not spoken of me what is right, as my servant Job has.” -Job 42:7b

It is interesting to mention again that God does NOT address Elihu in any manner, or consider him in the same company as Job’s three friends. For God says, “you and your two friends.” 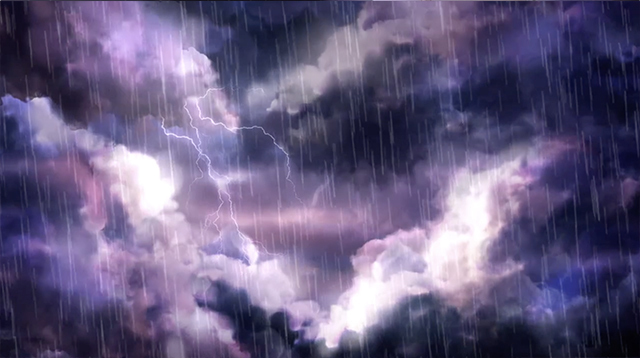 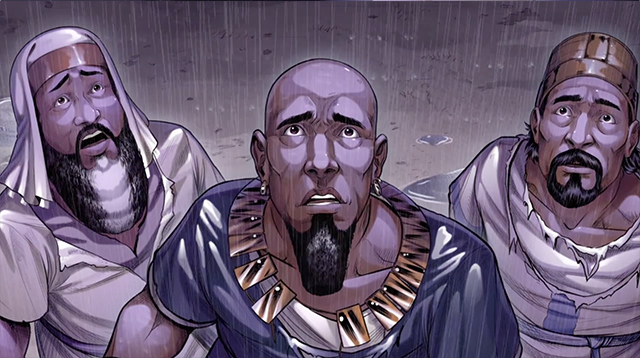 God tells Job’s three friends to gather animals for a burnt offering, and to go to Job for intercessory prayer. God goes further to state He will accept the prayers of Job and not deal harshly with his friends. Because God told Job's friends that they must go to Job in prayer for mercy, it is clear that God and Job's relationship has been restored.

“Now therefore take seven bulls and seven rams and go to my servant Job and offer up a burnt offering for yourselves. And my servant Job shall pray for you, for I will accept his prayer not to deal with you according to your folly. For you have not spoken of me what is right, as my servant Job has." –Job 42:8 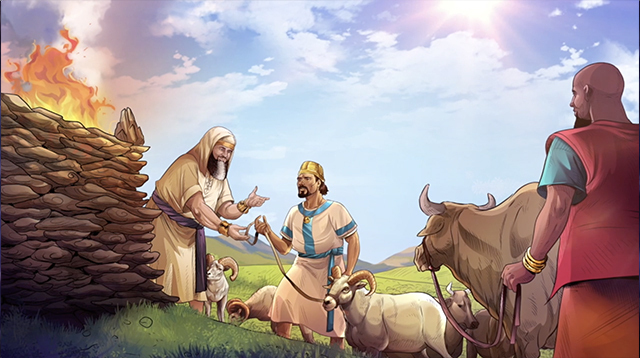 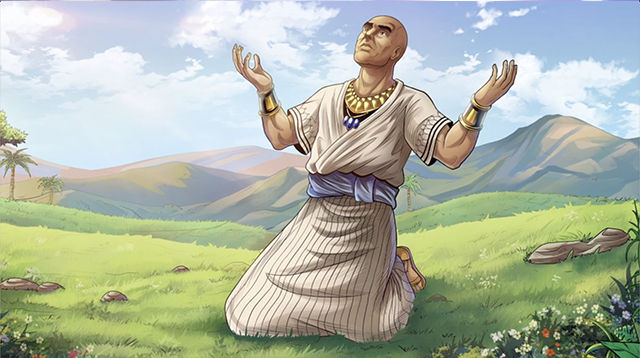 It is interesting to note that the writer of Job does not reveal when (or even if) Job was healed of his painful boils that were all over his body. While iBIBLE is committed to following the narrative as closely as possible, the timing of this event is not mentioned clearly in the Book of Job.

If we fast-forward to the book of James, we read: “You have heard of the steadfastness of Job, and you have seen the purpose of the Lord, how the Lord is compassionate and merciful.” –James 5:11b

It is beautiful to see how the Scriptures fit together, creating a united message of God’s love and mercy. We can know, therefore, that God’s blessing on Job in his restoration would have included physical healing from the sores inflicted on him by Satan. So, in iBIBLE we show Job without sores when he prays over his three friends.

Next in the timeline is the response of Job’s acquaintances. His brothers and sisters, and all those who knew him came to his house for a feast, consoled him, and showed him compassion for all that he had endured. Each person brought Job a piece of money and each also a ring of gold.

In the end, God restored all that Job had lost, and gave Job twice as much as he had before. The Lord blessed him with a long life, and with seven more sons, and three more daughters who were the most beautiful women in all the land! 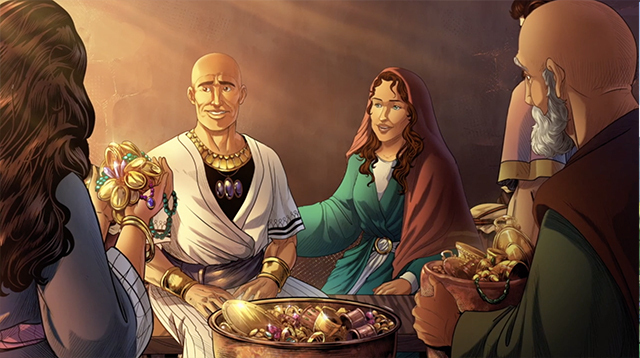 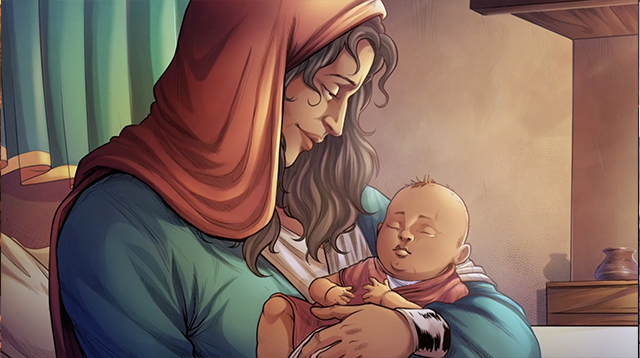 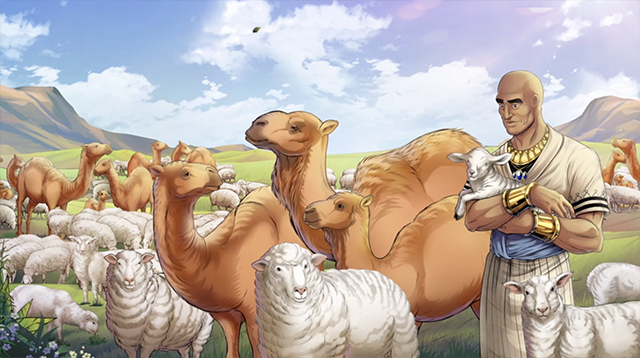 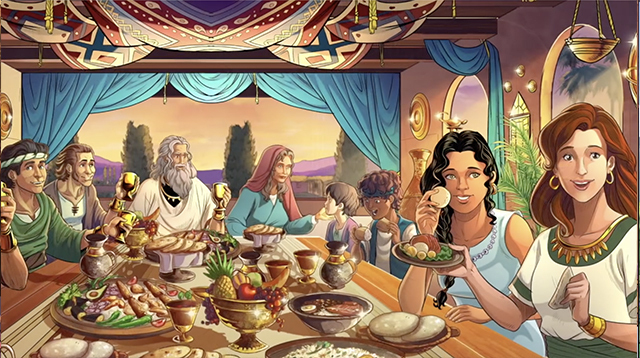 Satan was proved wrong, and God’s righteousness had prevailed! Job gained new insight into who God was, and his own place in God’s creation. Job’s integrity and righteousness remained on display for Satan and the armies of Heaven where God could say, yet again, “Have you considered my servant, Job?”

There are so many lessons in the book of Job, and they are as relevant today as any time in history. When we are tempted to ask God “why,” we can gain strength in recognizing God is all-knowing, and remains fully in control.

The Biblical Narrative reveals many lessons of God’s dealings with man like those revealed in the story of Job. As we animate Job and all the events of Scripture, from Genesis to the final Revelation, we see a beautiful story unfold that simply cannot be fully grasped without knowing all of God’s divine plan to restore mankind and His perfect Creation.

Thank you for helping us bring the amazing story of Job, and the entire Biblical Narrative to life!