Welcome to a behind-the-scenes look at the research that goes into making each scene of the iBIBLE. Let's take a look at the study behind God's proximity to Abram. 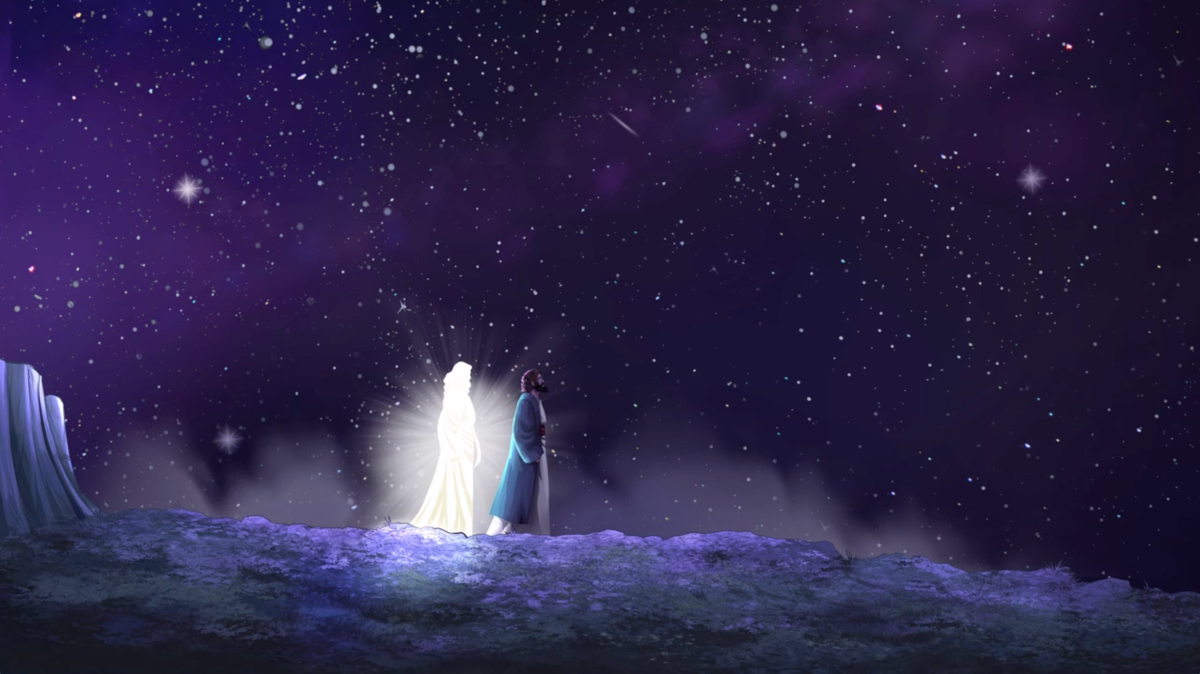 And [the Lord] brought him outside and said “look toward heaven and number the stars, if you are able to number them.” Then he said to him, “So shall your offspring be.” And [Abram] believed the LORD, and he counted it to him as righteousness. (Genesis 15:5)

One of the toughest challenges of the iBIBLE has been depicting the interactions between God and Abram (Abraham). There are a number of passages in the life of Abram where it specifically states that God interacts with him, and it usually says what form the interaction takes:

What do we know

When animating iBIBLE chapters 9 and 10 we were faced with this question: how do we illustrate God's interactions with Abram?

The task is easy when we know the interaction is through a vision. The iBIBLE team has developed a “vision style” specifically for these moments: 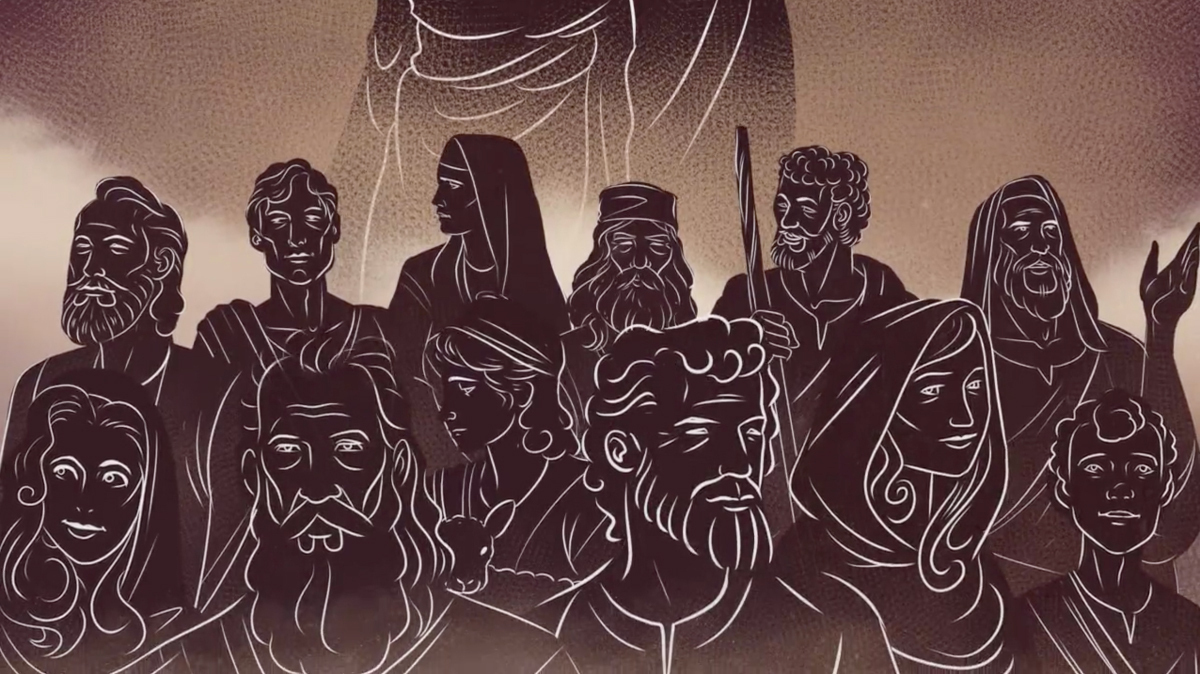 Sometimes, we simply show Abram listening or reacting to what God says: 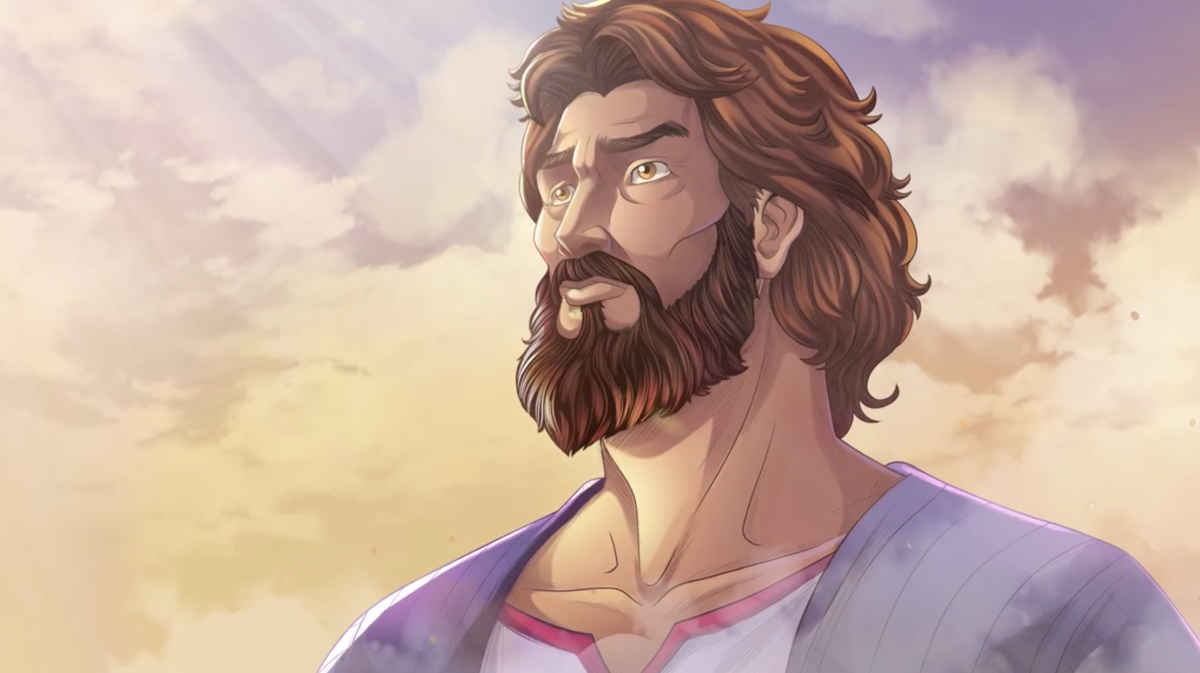 But a powerful element of this portion of iBIBLE is realizing how close God is to Abram, not just in spirit, but when He interacts with him. He even walks with him as they talk about saving any righteous in the City of Sodom.

In one exchange, God brings Abram outside to show him the stars:

And he brought him outside and said, “Look toward heaven, and number the stars, if you are able to number them.” Then he said to him, “So shall your offspring be.” (Gen 15:5)

Very little is said about the details, but we can infer that God went into Abram’s dwelling and brought him outside. So much more intimate than a voice calling from the clouds. Rather than a distant presence summoning; God is a father, a friend, a companion walking with us.

God Walking out of tent with Abram 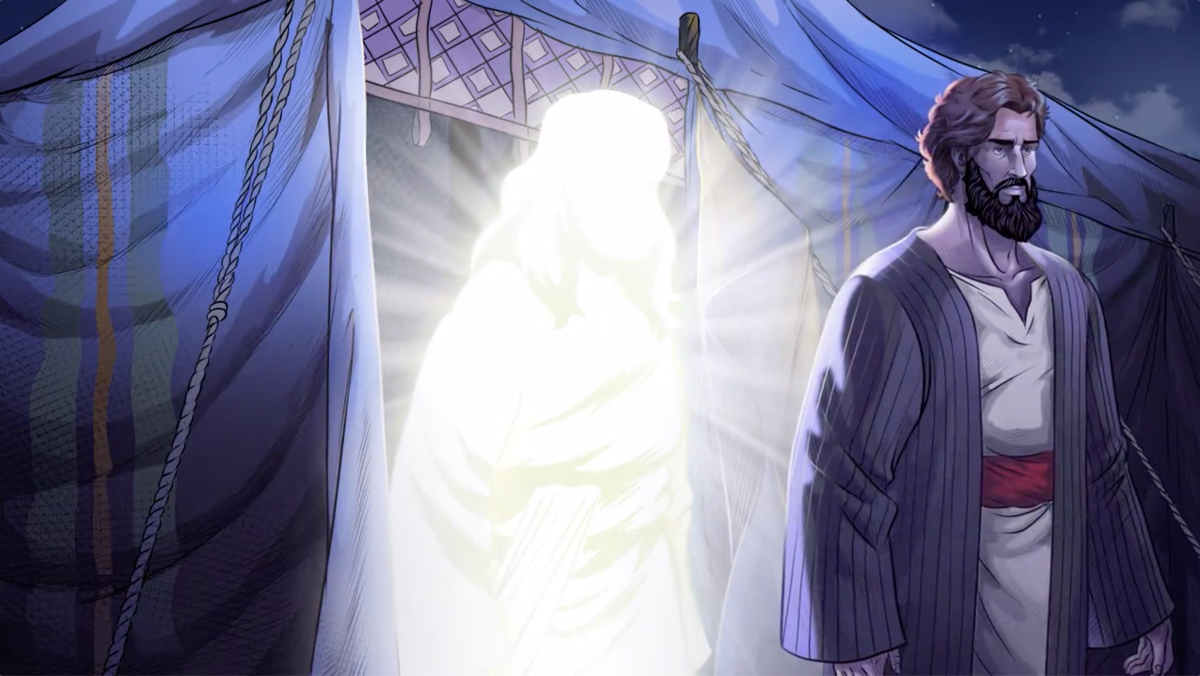 Where this leads next is very exciting! Visual continuity. To illustrate any scene properly, the scene must have visual continuity. This means that one image has to make sense based on the previous one. You can’t have someone hold a staff in one hand in picture A, then we switch to picture B, and that person is holding the staff in the other hand. Visual continuity is important, and we have quality controls in place to confirm this.

What does this mean for Abram and God? If God is accompanying Abram outside of the tent, where will He be when He tells Abram to look at the stars? Still right beside him!

What a beautiful picture! God walking with Abram in his sorrow, guiding him to a new perspective, and telling him to look up! Abram walks with God, listens to God, does what God tells him to do, and believes. May we do the same.

He has made it clear to you, mortal man, what is good and what the LORD is requiring from you— to act with justice, to treasure the LORD's gracious love, and to walk humbly in the company of your God. (Micah 6:8)