Reuben and the Sons of Jacob (Part 2)

Last week, we looked at the first part of the life of Reuben and the sons of Jacob. They grew up watching their father navigate difficult situations: escaping from Haran, handling complicated family matters, and resettling in the Promised Land. Today, we pick up where we left off. Reuben did something that would cost him his place as the leader of the sons of Jacob. He slept with his father’s concubine.

While Israel lived in that land, Reuben went and lay with Bilhah his father’s concubine. And Israel heard of it. —Gen. 35:22 [ESV]

The Scripture doesn’t say that anything more came of this right away except that Jacob (Israel) heard about it. However, many years later, Reuben would face the consequences of his actions. But before this happens, the well-known story of Joseph and his brothers takes place.

Next in the narrative, we find out that there was some family tension among Jacob's sons. In Genesis 37, it becomes clear that Joseph’s brothers hated him. They had many reasons:

—Joseph delivered a bad report about his brothers to their father. (vs. 2)
—Joseph was clearly their father’s favorite son. This was obvious not only because of the coat of many colors that he gave Joseph (vs. 3), but also because he sent the other sons out to work in the field and kept Joseph at home. (vs. 12–13)
—Joseph had dreams that indicated he would reign over his brothers. (vs.6–10)

The brothers had a problem with Joseph. In fact, they disliked him so much that they could not speak peacefully to him (37:4). When Jacob sent Joseph to check on his brothers in the field, they decided to get rid of the problem:

They saw him from afar, and before he came near to them they conspired against him to kill him. They said to one another, “Here comes this dreamer. Come now, let us kill him and throw him into one of the pits.” —Gen. 37:18–20 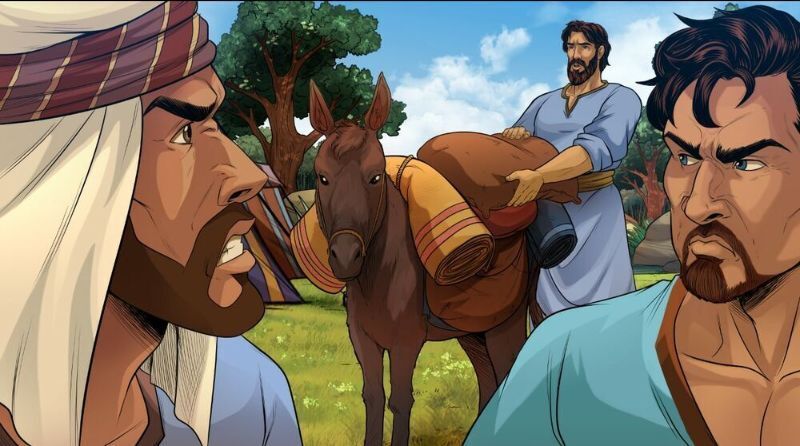 Reuben stepped in on Joseph’s behalf, but he didn’t stop his brothers all together. He prevented them from killing Joseph before throwing him in the pit so that he could come back and rescue him later. But, what Reuben didn't know is that his brothers had other plans.

The brothers listened to Reuben and did not kill Joseph, but when Reuben returned to rescue Joseph, he was gone! The brothers sold Joseph to the Ishmaelites before Reuben could save him.

When Reuben returned to the pit and saw that Joseph was not in the pit, he tore his clothes and returned to his brothers and said, “The boy is gone, and I, where shall I go?” —Gen. 37:29–30

Reuben was incredibly upset, and as we see in Scripture, he confronts his brothers. He had a choice about what to do next. He could tell his father what had happened, or go along with his brothers' deception.

Next week, we will look closer as Reuben and Joseph's story continues to develop, and how sin that appears to be hidden ultimately comes to light. But, as we see throughout Scripture, God continually saves and restores His people, and takes that which is meant for evil and uses it for good. This story is no exception.