As we bring the first visual and interactive Bible to the whole world, we have an opportunity to share who God is with people who have never heard.

With a visual Bible comes an interesting question: How do we illustrate our Creator? Scripture is clear about two things:

2: Yet, God has revealed Himself to many people in the Bible in many forms. For example, He appeared to Adam and Eve in the garden of Eden: And they heard the sound of the Lord God walking in the garden in the cool of the day, and the man and his wife hid themselves from the presence of the Lord God among the trees of the garden. —Genesis 3:8

There are many other times that this happens in Scripture. God appears to Abram, Jacob, Moses, and others. These two realities give us a sense of how we can go about illustrating God who is beyond our comprehension.

In the early stages of artistic development, we created an illustration of God that closely resembled a man. In reviewing and testing this concept, it became clear that moving to a more abstract rendering of God would be more beneficial for all people who engage with iBIBLE. You can see the first shift in these images. 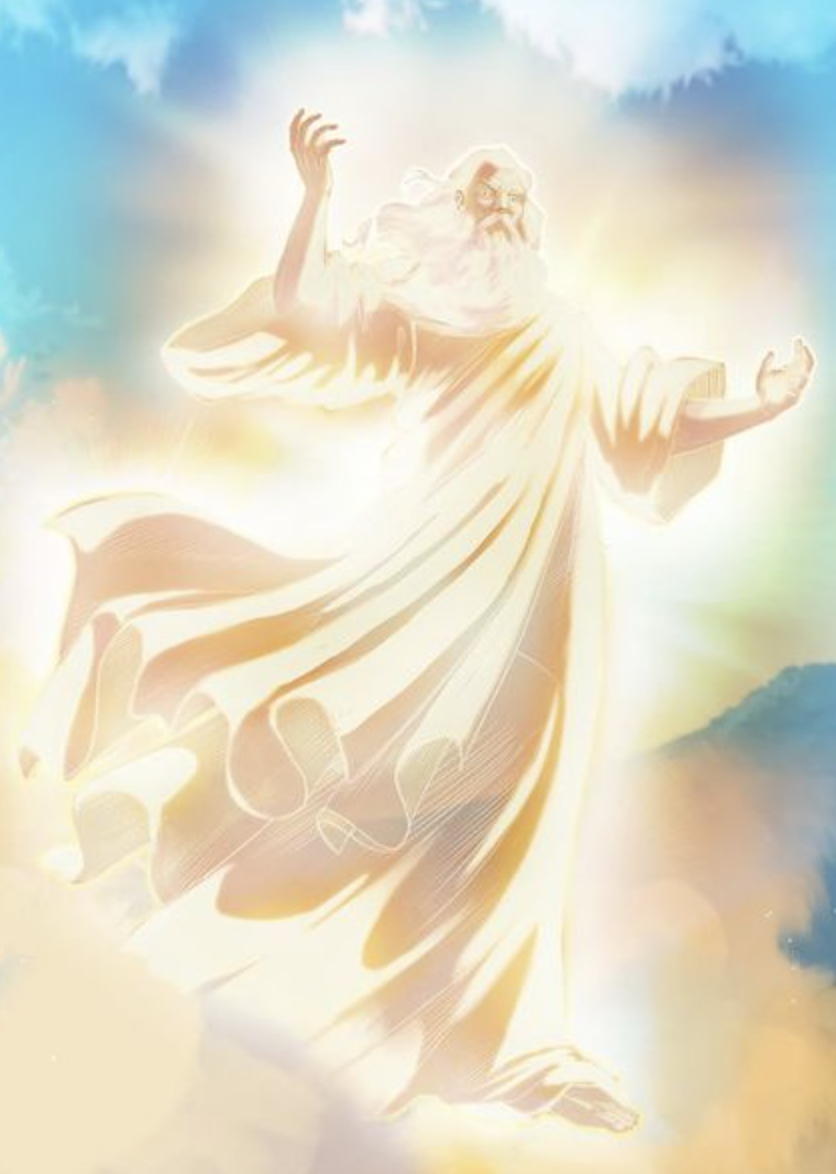 Though God is translucent, He still has a human form and variation in color, which we ultimately moved away from.

Next, we tried a new concept of rendering God with a royal golden hue. Here, He still retains a human form. 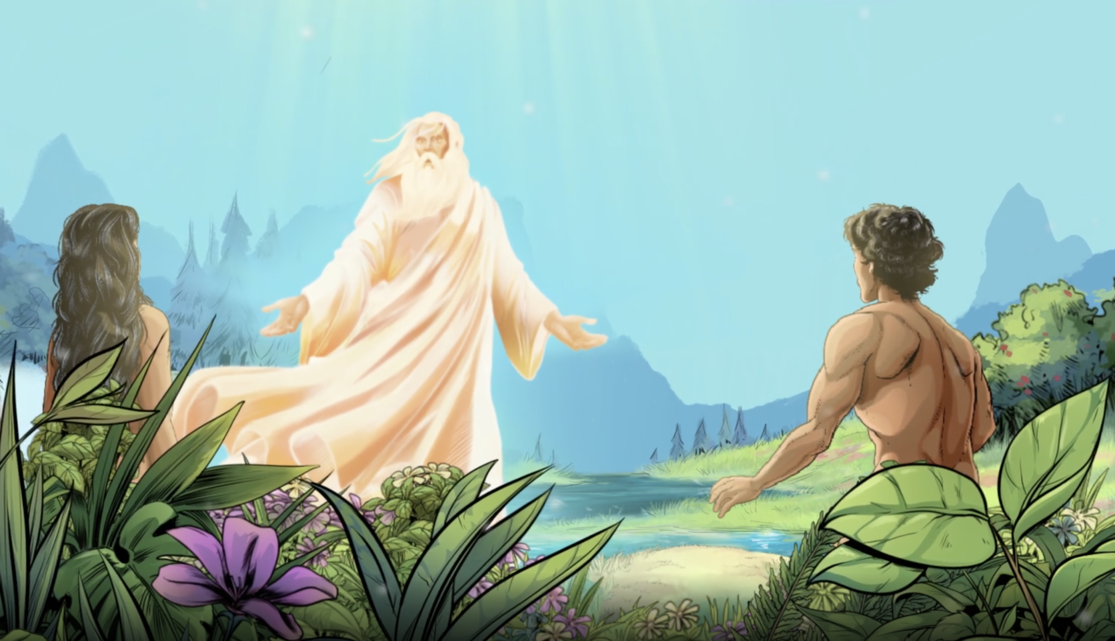 This still was not exactly what we wanted. Through feedback from our faithful supporters, and from field testing specifically in the Middle East, we moved more in the direction of the following images. We began to enhance the sense of “otherness” that God should have by making him glow.

Following this, we tried a version of God that showed him as Divine light, removing all human features other than an outline. 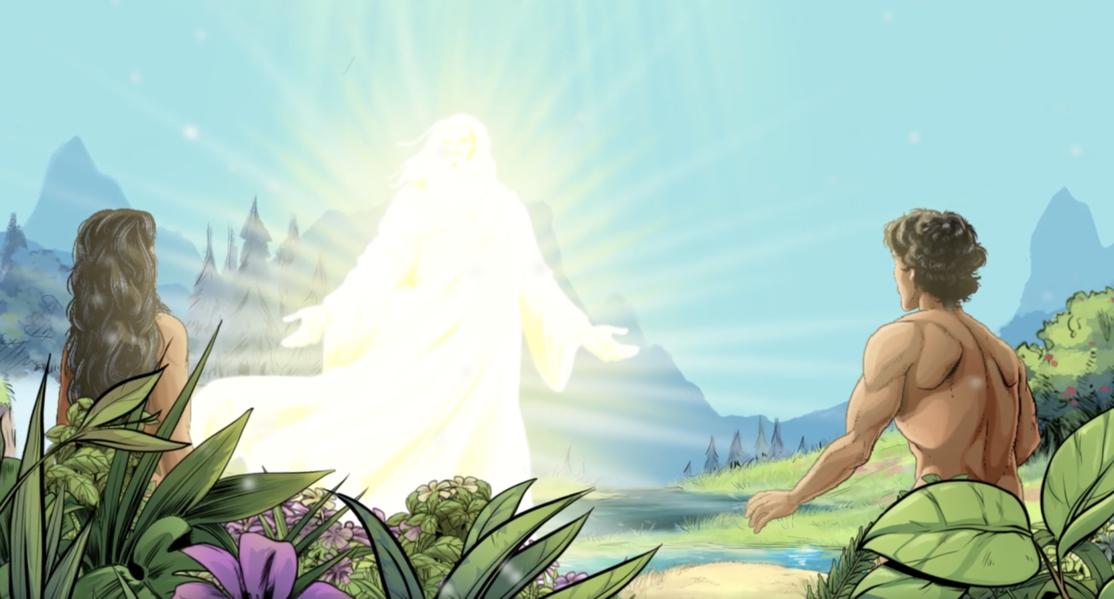 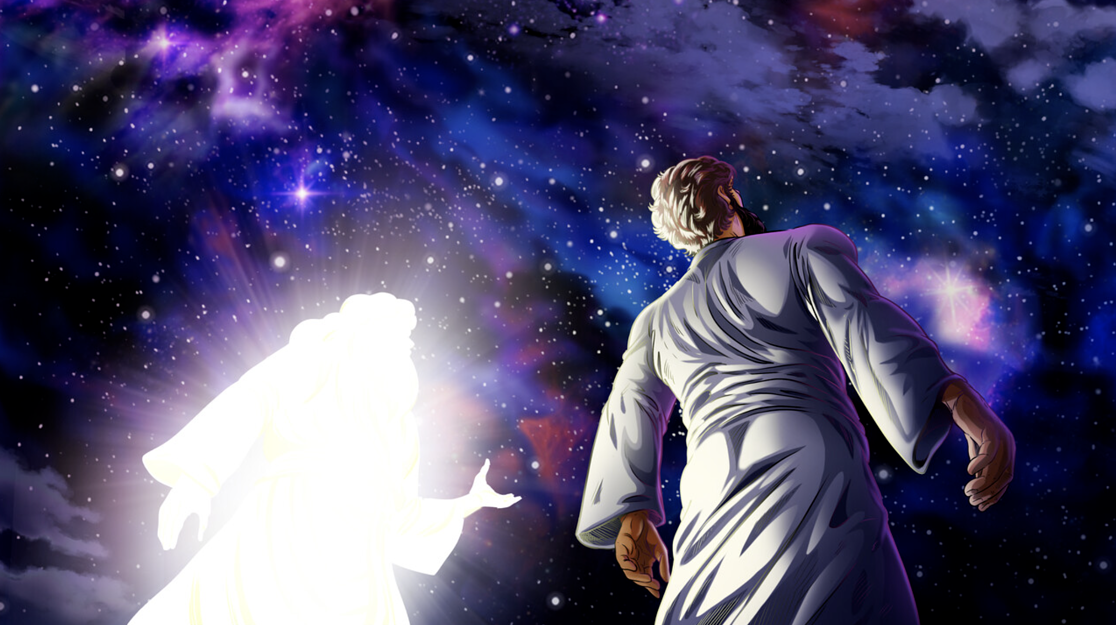 While the outline look was getting close, it was just short of where we wanted to be. Here are two examples of the finalized artwork of how we illustrate God in iBIBLE. 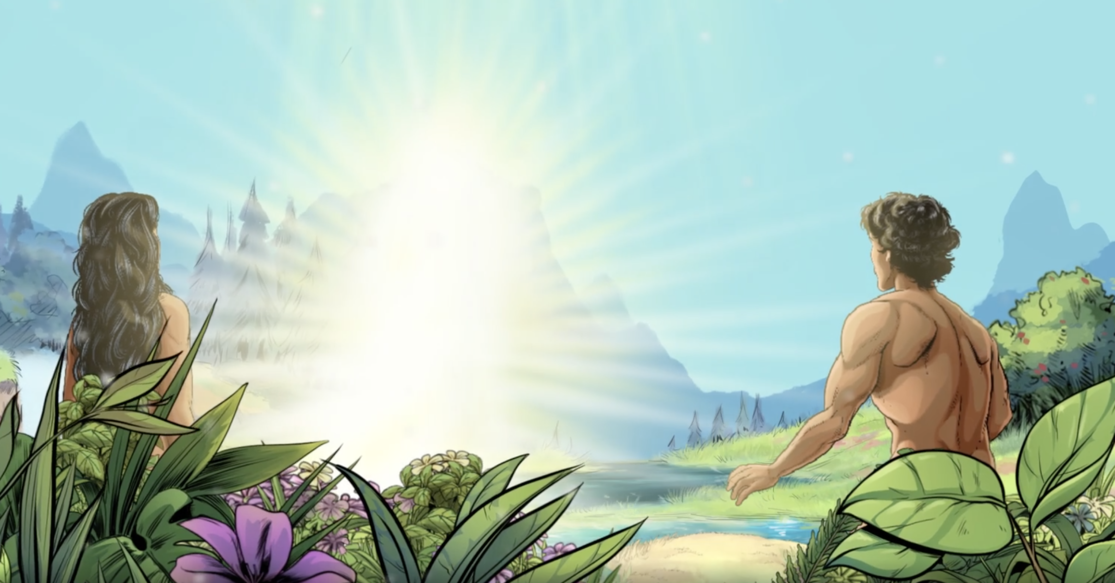 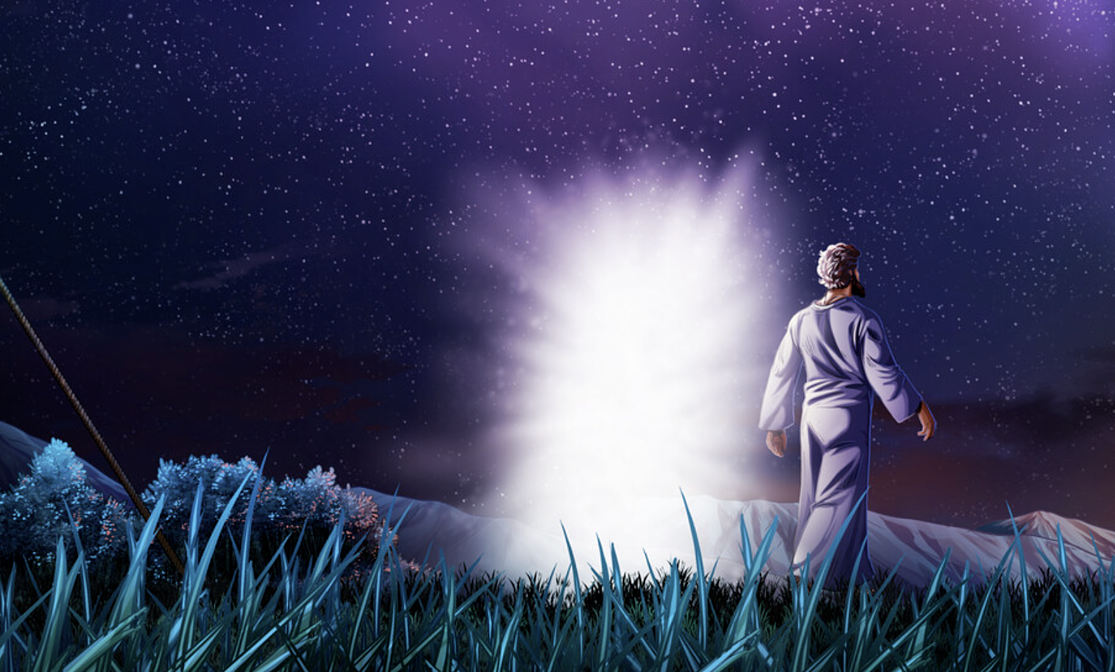 As you can see, God is now depicted as fully light. He no longer has human shape or form, which makes iBIBLE much more accessible to people all over the world from all different backgrounds.

Thank you so much for your support as we create and distribute iBIBLE. As you can see from the changes in artwork of how God is depicted, your feedback is essential to the process of creating iBIBLE and sharing it with the world. Thanks to comments like yours, and from comments made during field testing, we refined and made a much better, more accessible, and more accurate presentation of the Scriptures. Support iBIBLE today by becoming an iBIBLE Producer with a monthly donation, and help us continue to create the world's first visual and interactive presentation of the Divine narrative.