iBIBLE is the first of its kind. When completed, iBIBLE will reveal the entire Biblical narrative in chronological order in one cohesive story. Today, we are excited for you to see God’s Word come to life like never before. Be blessed by the first six chapters of the most important story in all of history: God’s Divine narrative.

In the beginning, God created the heavens and the earth. God formed man out of the dust of the ground and breathed into his nostrils the breath of life, and he became a living soul. God spoke to Adam and said he was not to eat from the tree of the knowledge of good and evil, for if he did, he would surely die. 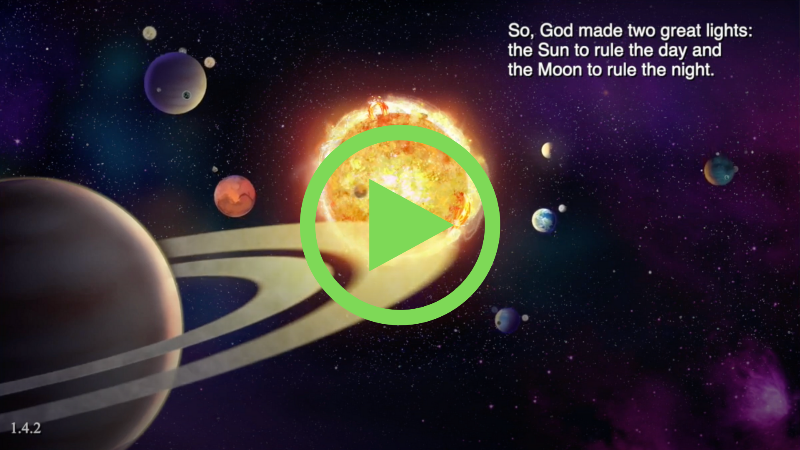 The serpent, who was craftier than any of the creatures that the Lord God had made, came to Eve and asked her, “Did God really say not to eat of any tree in the garden?” Tempted by the serpent’s words, Eve turned her gaze to the forbidden tree. Eve went against God’s command and ate of the fruit of the tree and shared it with her husband who was with her. 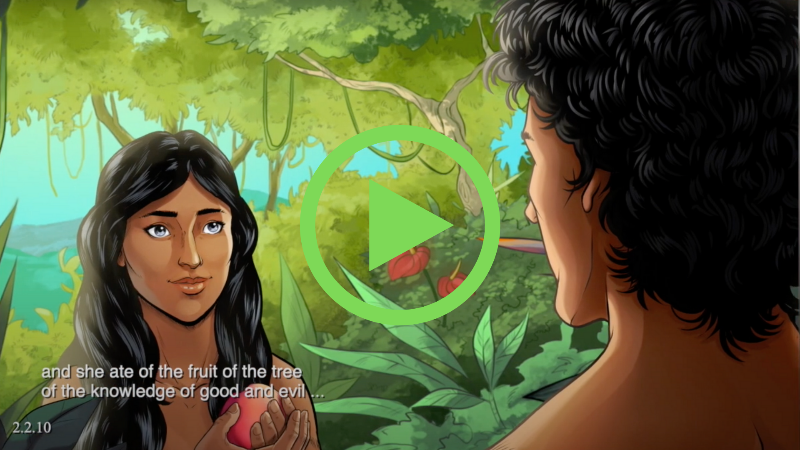 After being driven out from the garden of Eden, Adam and Eve had two sons: Cain and Abel. In the course of time, Cain and Abel brought offerings to the Lord. The Lord accepted Abel and his offering, but he did not accept Cain or his offering. Realizing this, Cain became very angry. When they were in the field together, Cain turned on his brother Abel and killed him. 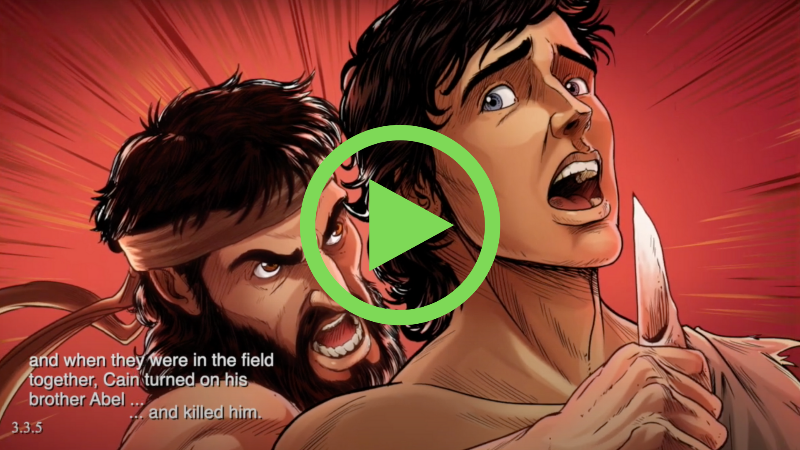 God saw that the people on earth were very wicked. Noah, however, walked with God. God gave instructions to Noah to build an ark. Noah did just as God had commanded him: he gathered all of the animals, his family, and enough food for all of them, and entered the ark. It rained on the earth 40 days and 40 nights. 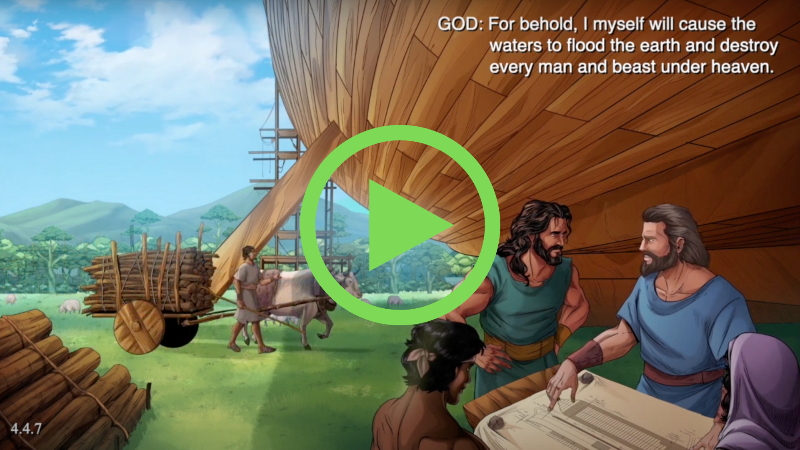 The waters began to recede. After a year on the ark, God spoke to Noah, saying “Come out from the ark.” God established His covenant with every living creature on the earth, that never again would all living things be destroyed by a flood. God set his bow in the clouds as a sign of a covenant between Him and the earth. 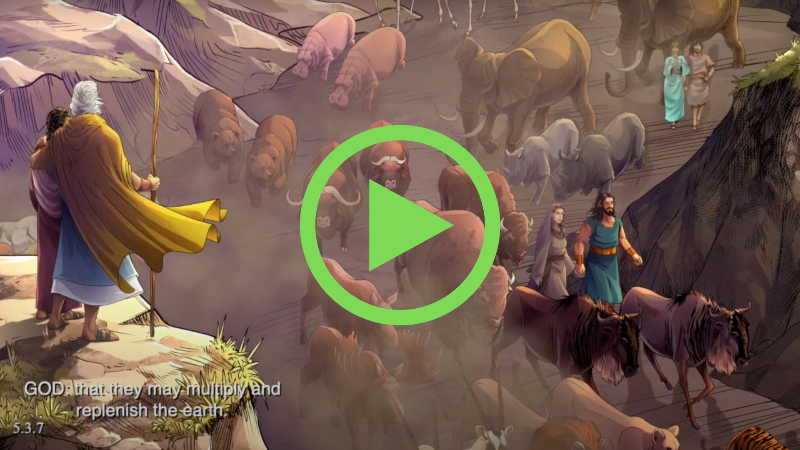 Chapter 6: The Tower of Babel

After the Great Flood, the sons of Noah and their wives began to repopulate the earth. The people settled in the land of Shinar, desiring to make a name for themselves. The Lord came down to see their city and their tower. God said, “Come, let Us go down and confuse their language.” So, the Lord scattered the people all over the earth, and the building of the city and the tower stopped. 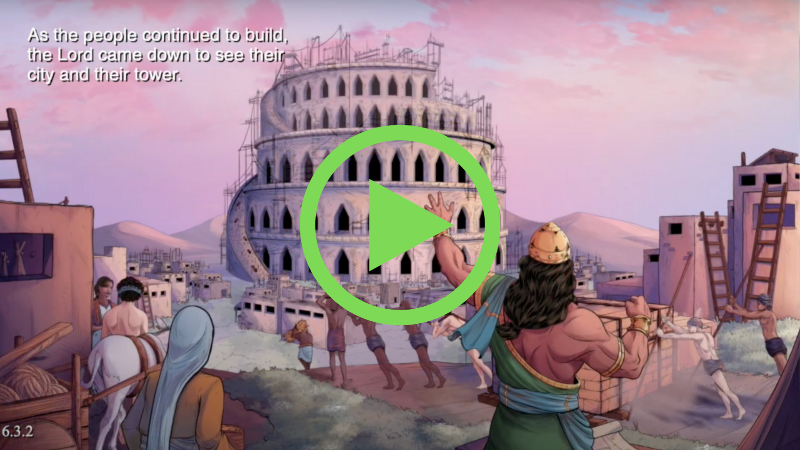