A Closer Look At Hejazi Arabic

As members of the RevelationMedia family, you are instrumental in helping to bring the one story of Scripture to all tribes, tongues, and nations. You have seen iBIBLE spreading among the English-speaking community, and you have likely seen your kids or grandkids engaging with the Bible as Genesis episodes of iBIBLE have started being released.

English is just the beginning. Translation has already begun for many the first 20 languages of iBIBLE. Today, we are taking a closer look at the people who speak the Hejazi dialect of Arabic, also known as Western Arabian Arabic. We invite you to take a moment to learn about them and the world in which they live.

Sidenote: "Hejazi" and "Hijazi," (said: h-eh-jaz-ee) are both common and acceptable spellings of this particular variety of Arabic. We opted to use "Hejazi" simply because the people who speak this dialect tend to come from the Hejaz region of Saudi Arabia. 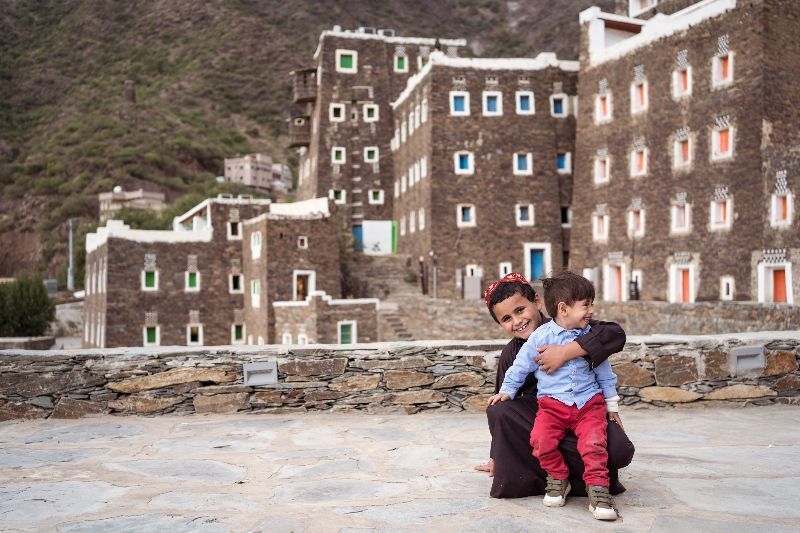 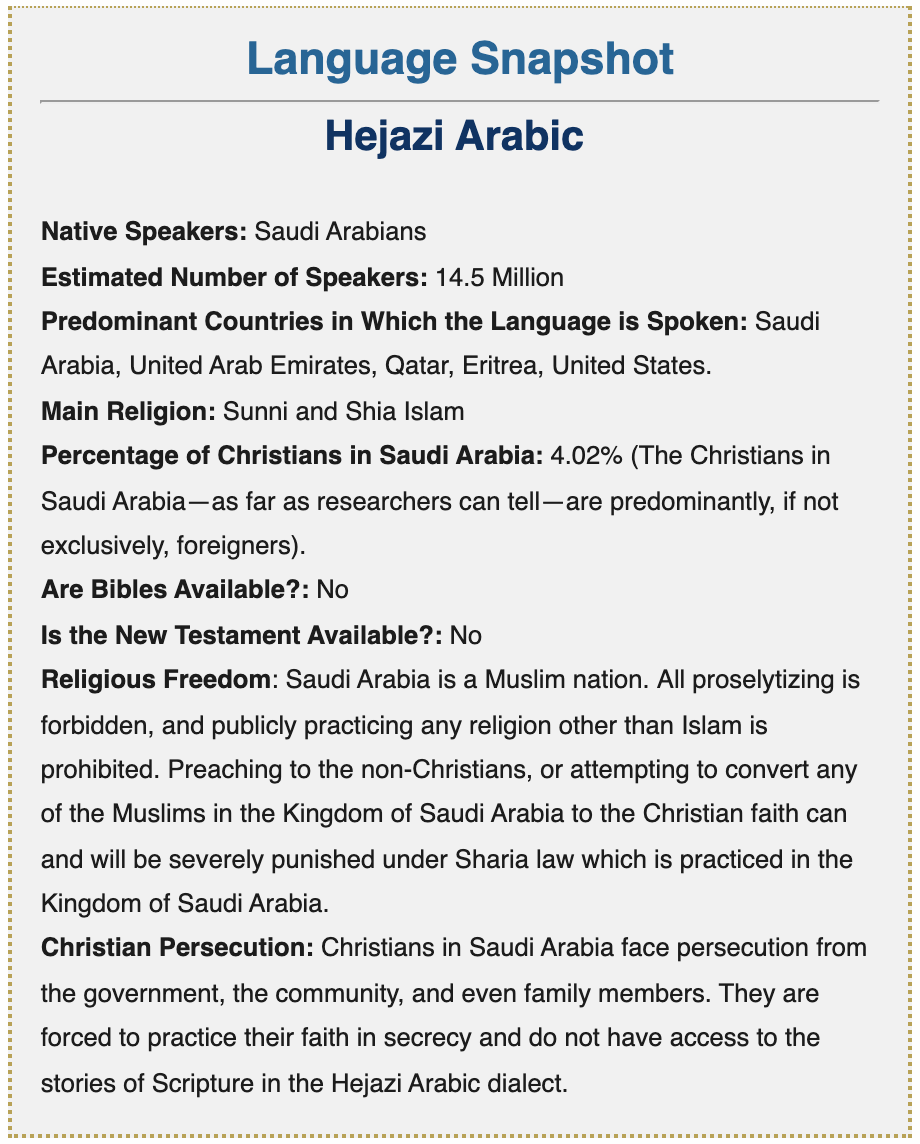 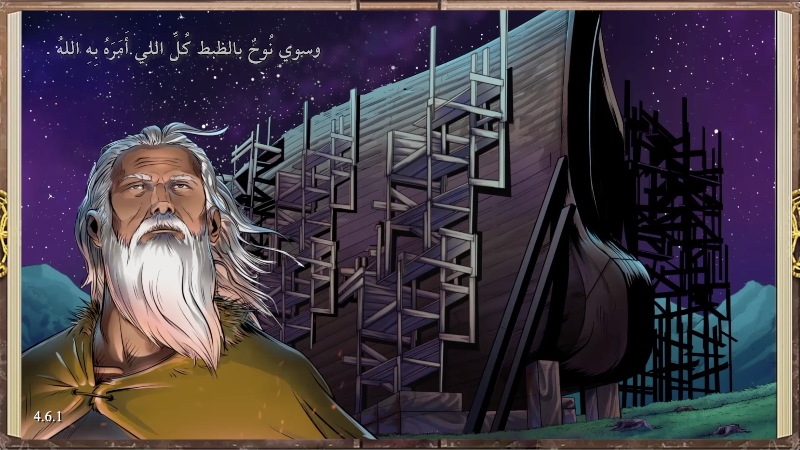 With iBIBLE, the people of Saudi Arabia who speak Hejazi Arabic, and all of those who speak it around the world, will be able to simply use their cell phones to watch the episodes. When completed, a new convert to Christianity in Saudi Arabia will be able to watch the entire Biblical narrative in their native language in just about 18 hours. Imagine the impact on just one soul, let alone millions of people who will engage with iBIBLE!

Please join us in praying that these translated episodes will be able to reach many people and change hearts and minds—so that the whole world can know the Good News! 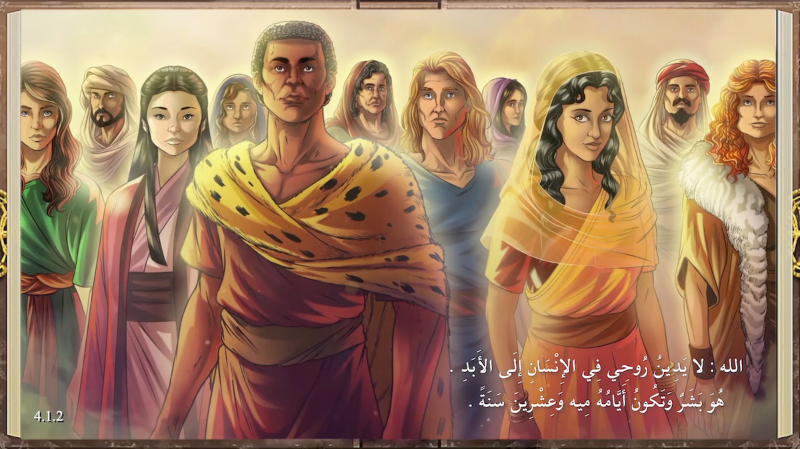